#TexasFoldEm: How many would lose coverage & how much money would YOUR district lose?

They also attempted to calculate how much federal funding every state would lose each year if the ACA were to be repealed as a result of the absurd Texas vs. U.S. (aka #TexasFoldEm) lawsuit.

Nationally, they concluded that the U.S uninsured rate would increase by nearly 20 million people, while the 50 states (+DC) would collectively lose out on nearly $135 billion in federal funding.

Over the summer, I worked with CAP analysts Emily Gee and Nicole Rapfogel to break out the Urban Institute's state-level estimates into all 435 Congressional Districts. In the CAP post this afternoon, they also include some general information about the potential damage and confusion which will be caused simply due to the prospect of the ACA being struck down hanging over the heads of everyone for up to another year or more.

For the loss of APTC (tax credit) funding in each state, I again used CMS's Public Use File (PUF) and state-based exchange reports, which include average per-enrollee monthly subsidy amounts for those who qualify for subsidies, multiplied by twelve.

WITH ALL OF THIS IN MIND, I hereby present the (reformatted) Urban/CAP estimates side by side with my own estimates for every state. For Minnesota and New York I've rolled the BHP enrollment numbers and funding losses in with the subsidized Individual Market numbers. 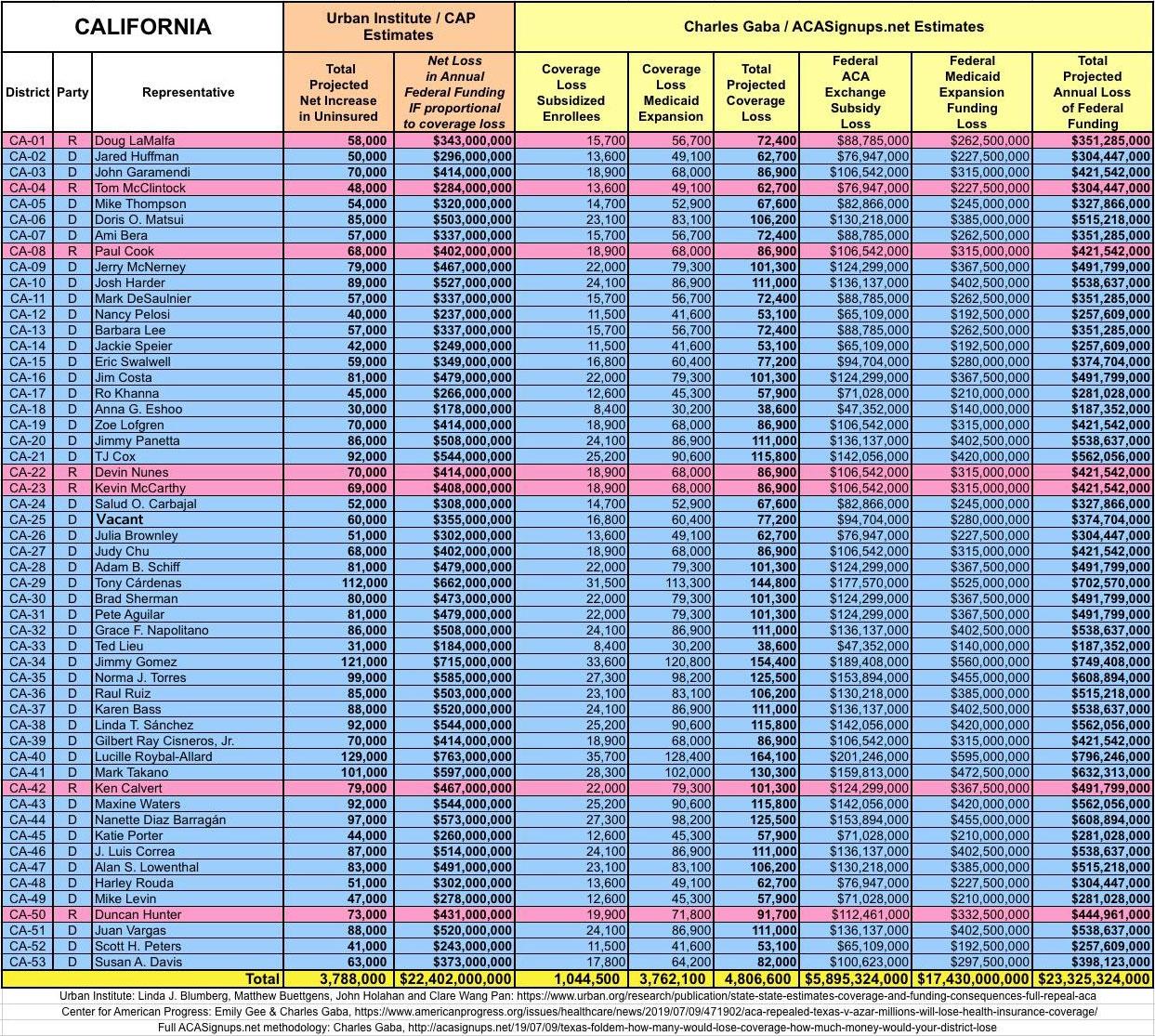 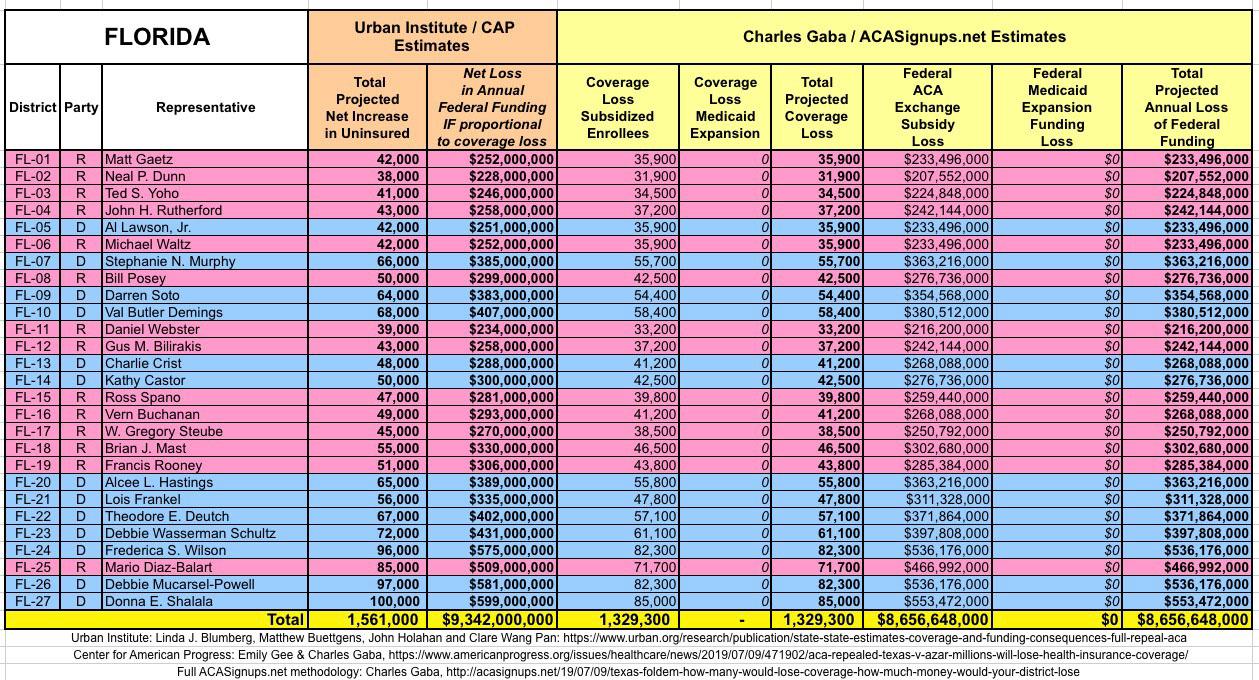 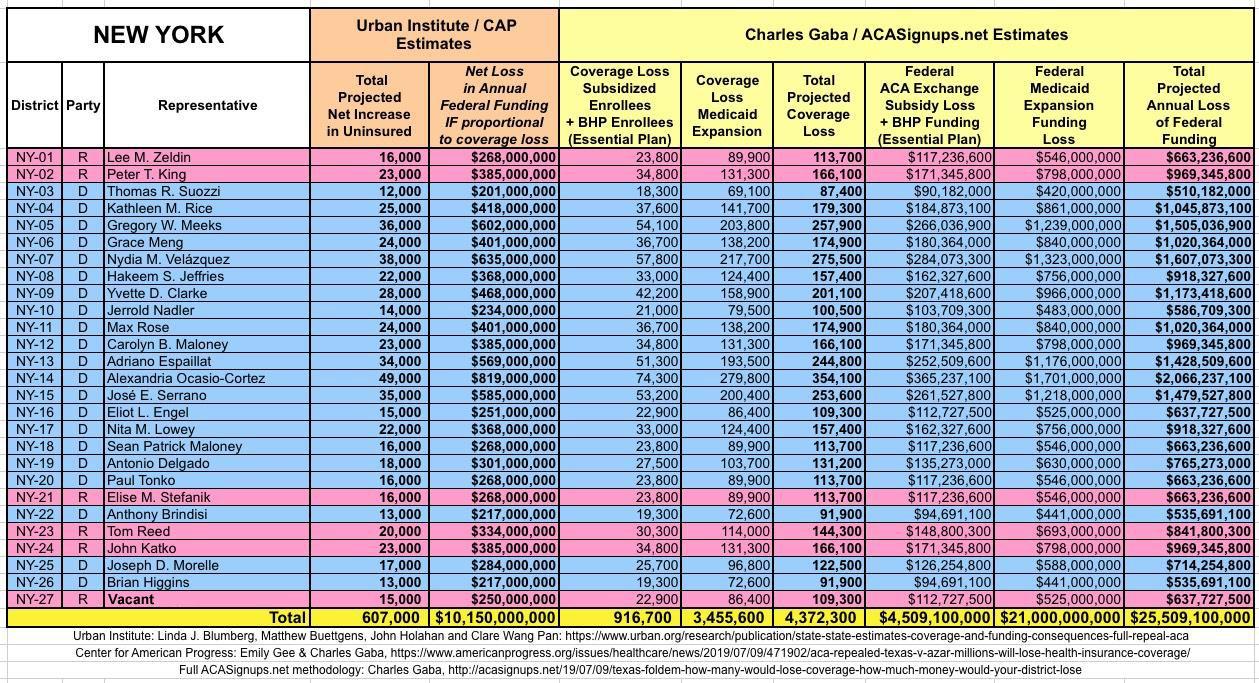 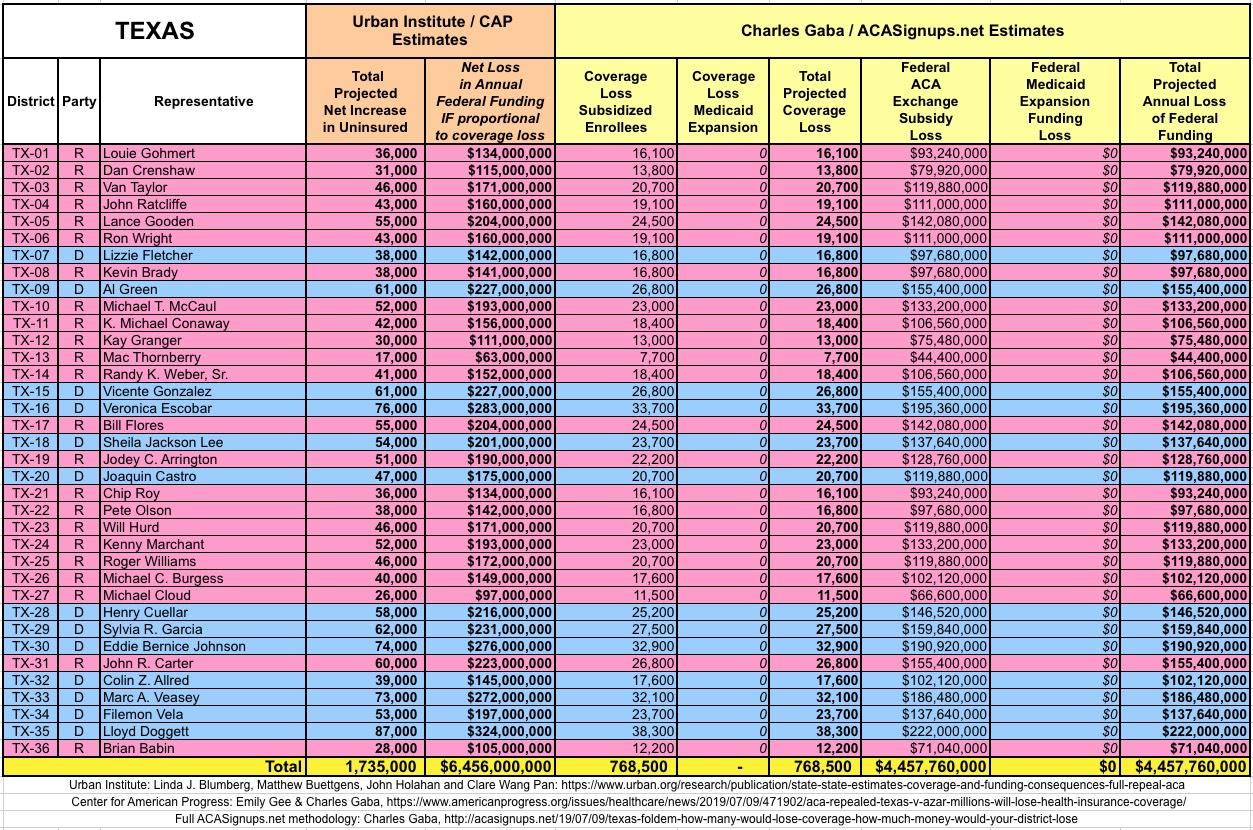