I was planning on starting with my home state of Michigan, and already posted my analysis of the first two districts in the state...but then I realized that there's three other districts which I should start out with first: Rep. Lauren Underwood (IL-14), since she's the lead sponsor of H.R.1868; Rep. Frank Pallone (NJ-06), since he's the lead sponsor of the larger ACA 2.0 bill (H.R. 1884); and Richard Neal (MA-01), since he's the chair of the House Ways & Means Committee. 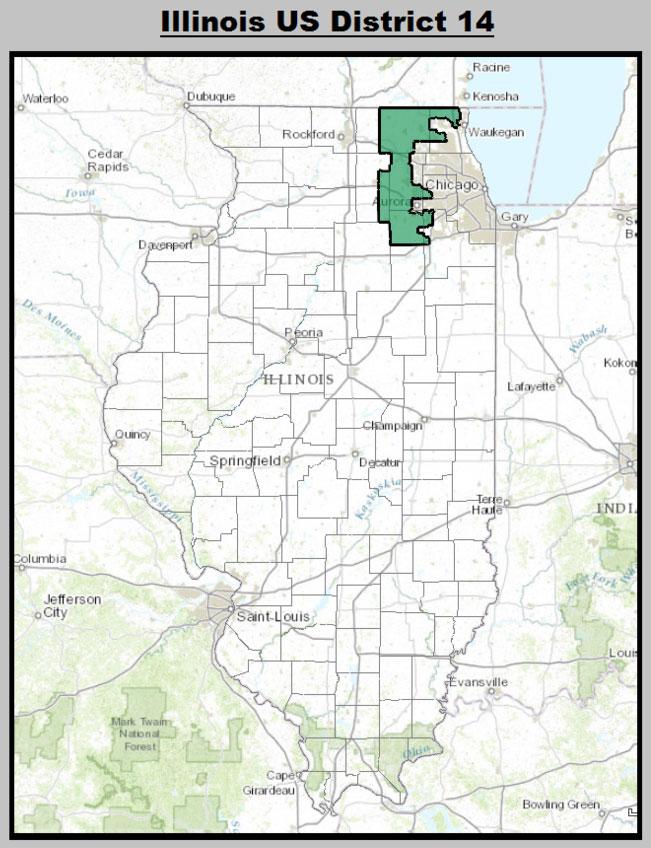 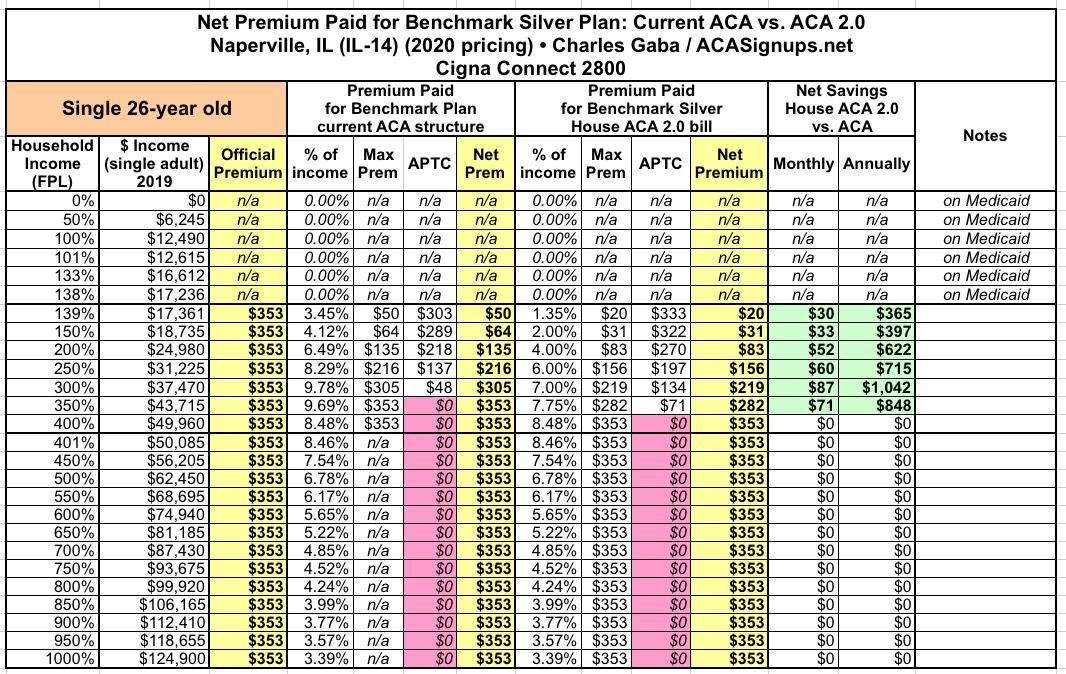 WIthout any subsidies, this young adult would be paying $353/month regardless of his or her income. Under the current ACA subsidy formula, they qualify for Medicaid up to an income of a little over $17,000/year. Over that their monthly premiums start at $50/month, then gradually increase to the full $353/month. In this case, that 400% FPL cap is never hit anyway, so removing it has no impact. 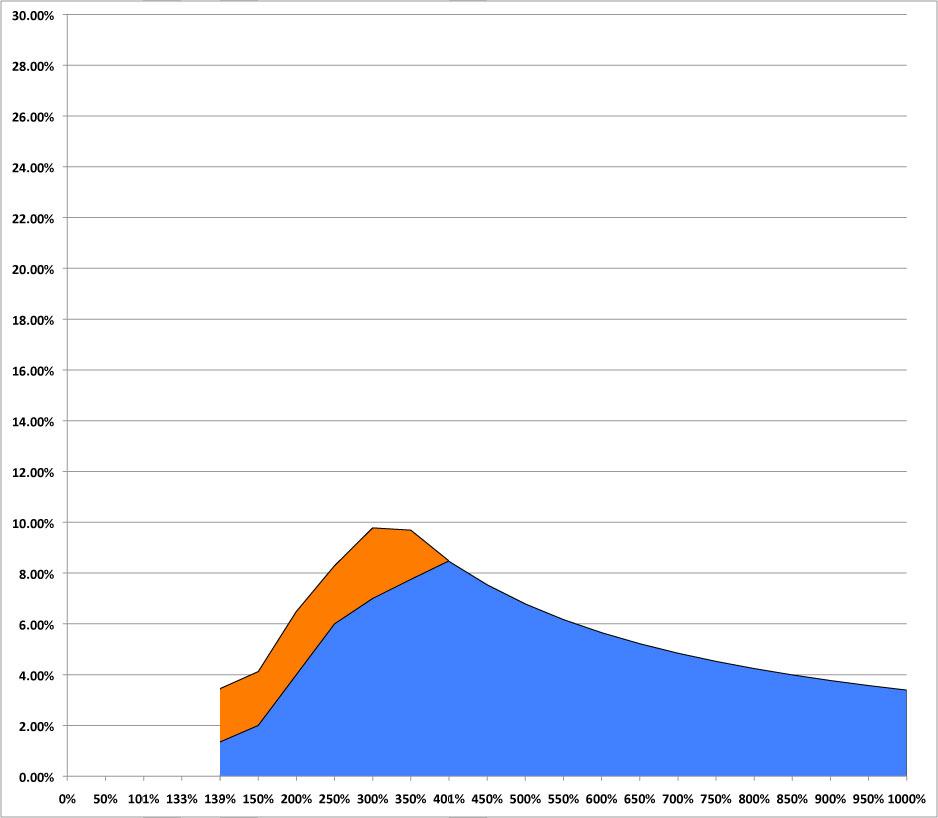 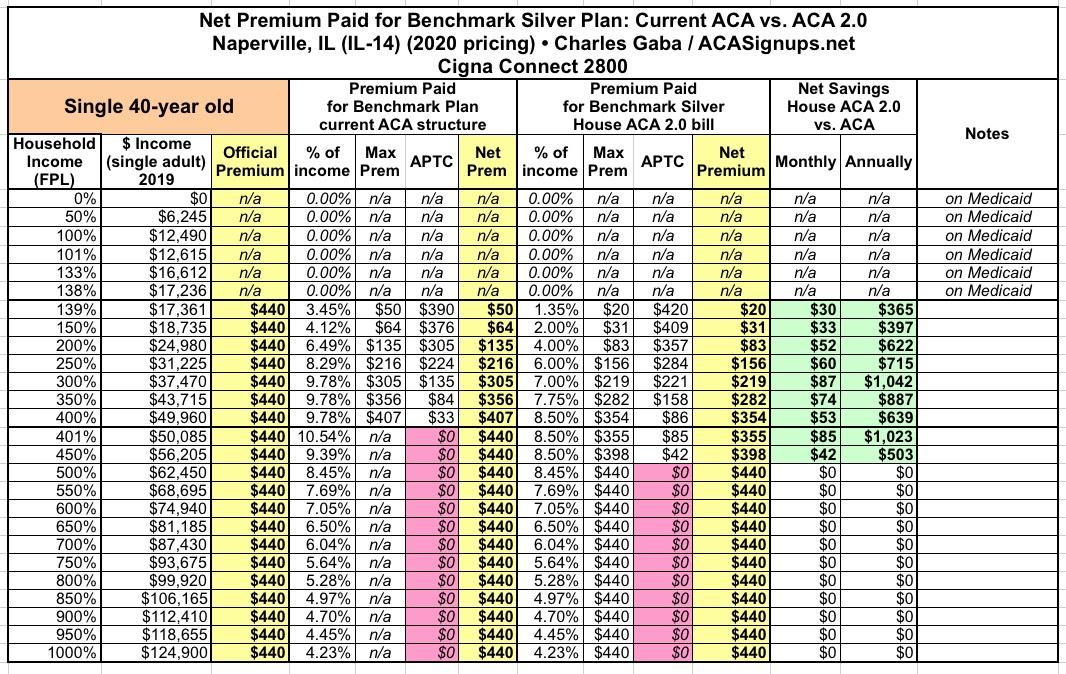 The savings for all of the single-person household would max out at just over $1,000/year regardless of their age...but as you can see, the older the enrollee, the more of a difference it makes as you move up the income scale. Thanks to the 8.5% cap (vs. 9.8%), those hovering around 400% and just over it can also save up to $1,000/year 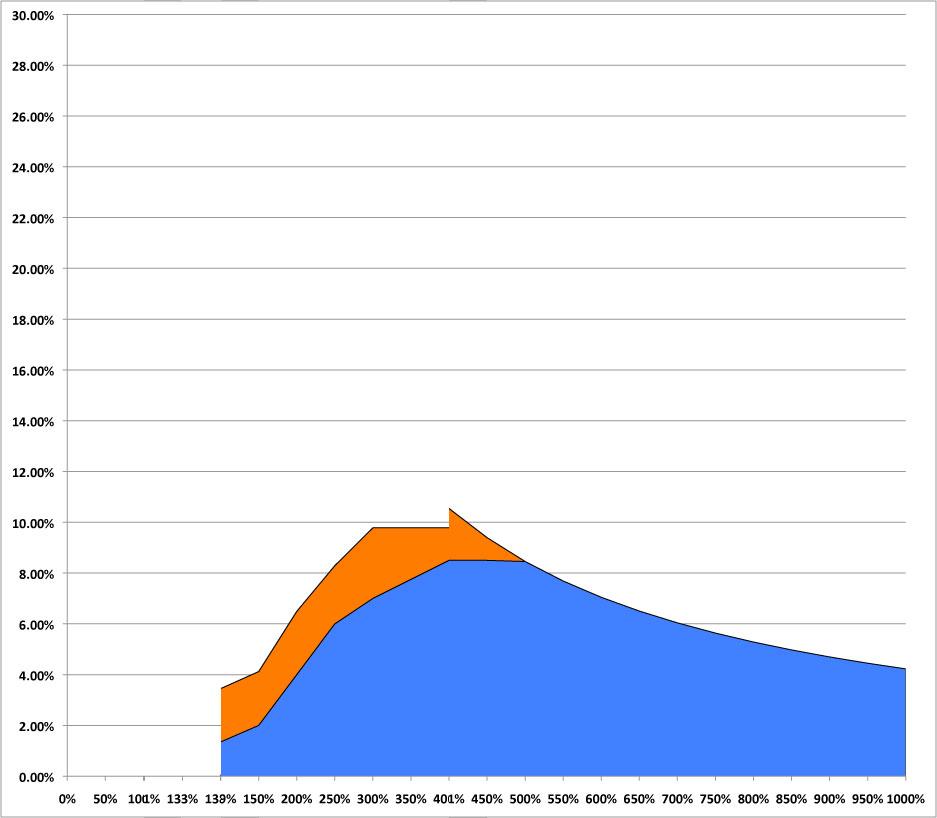 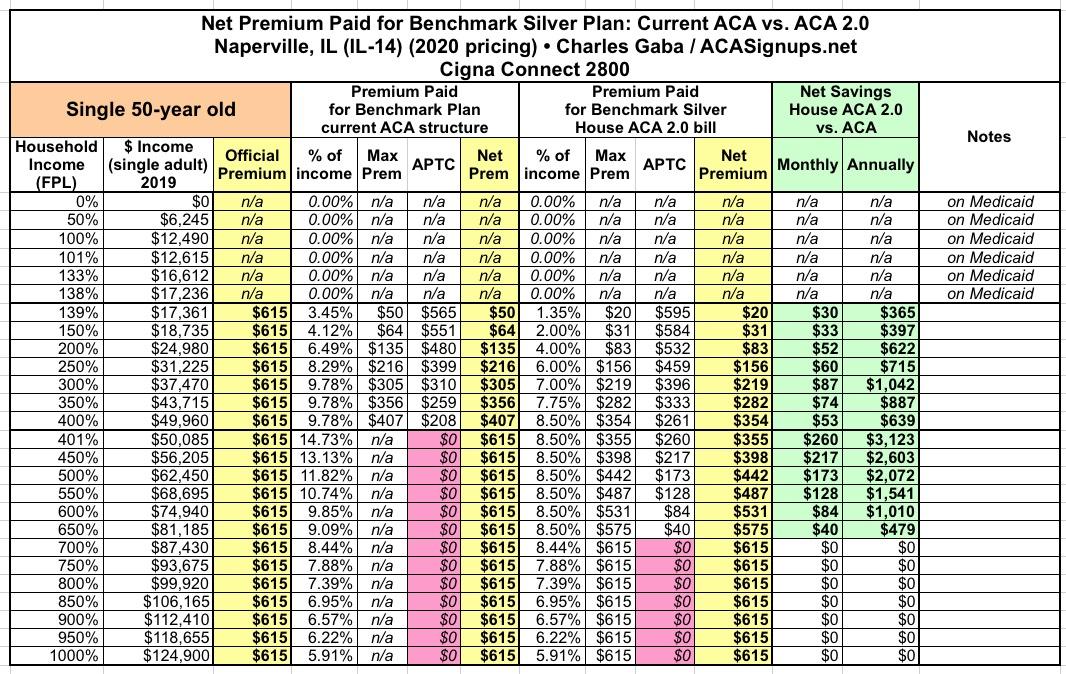 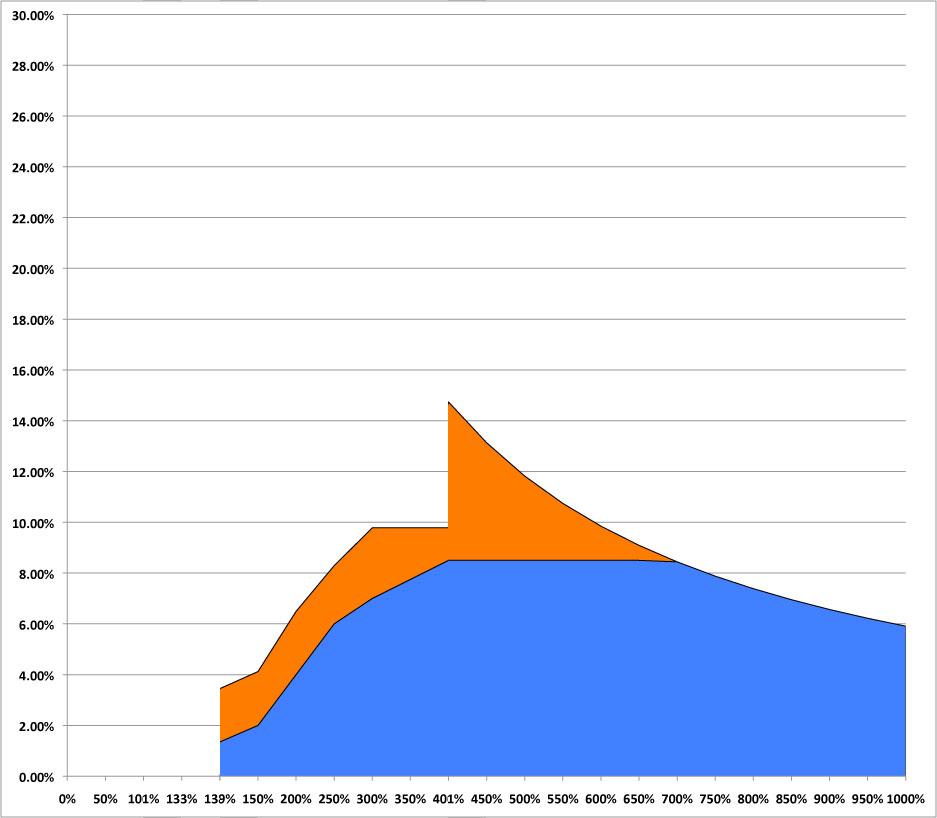 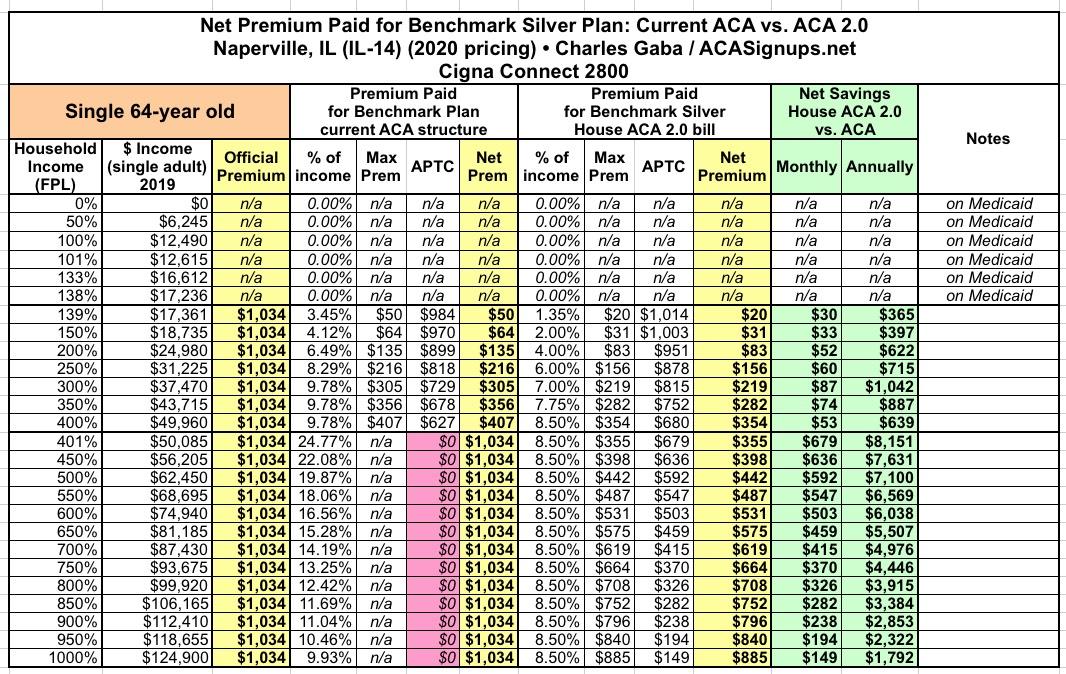 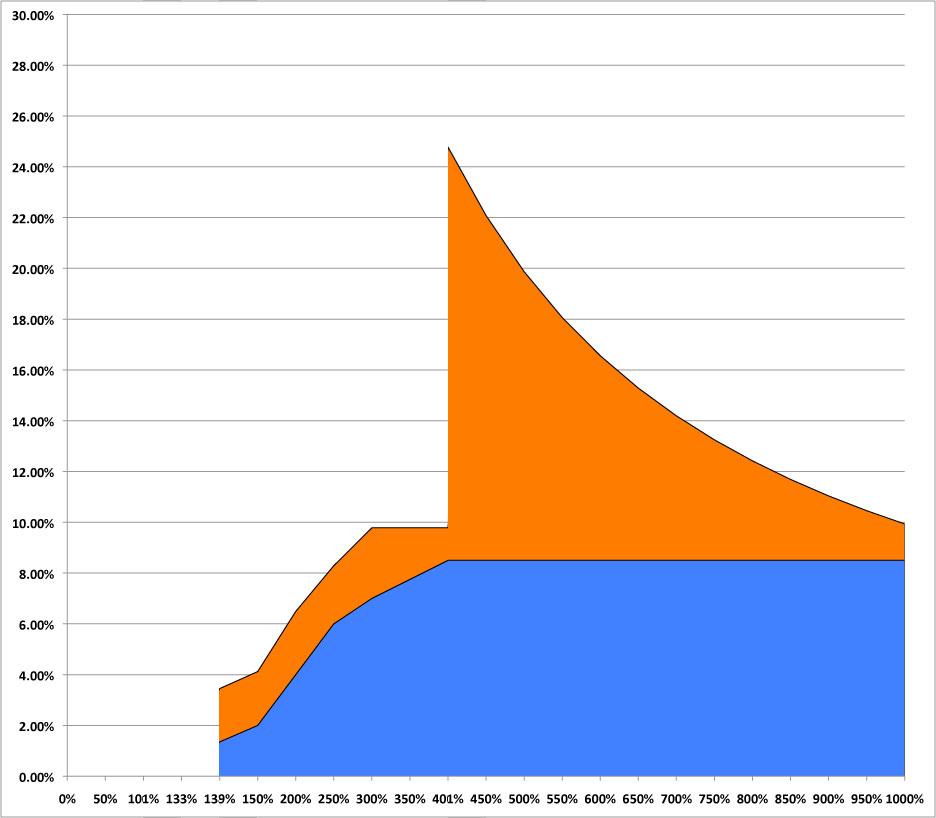 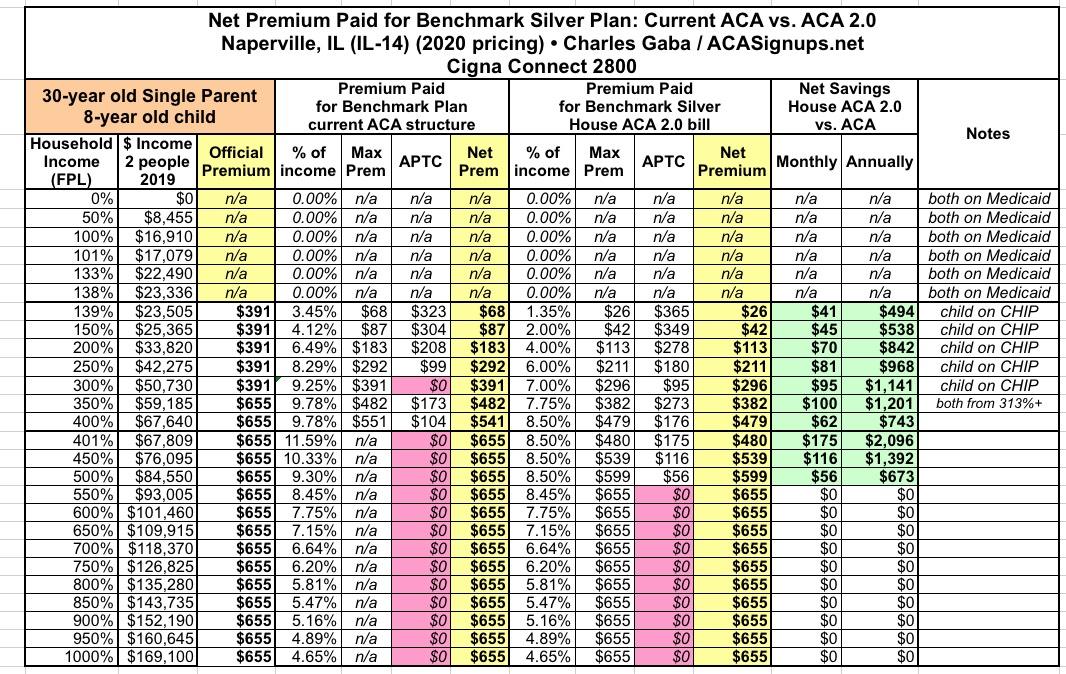 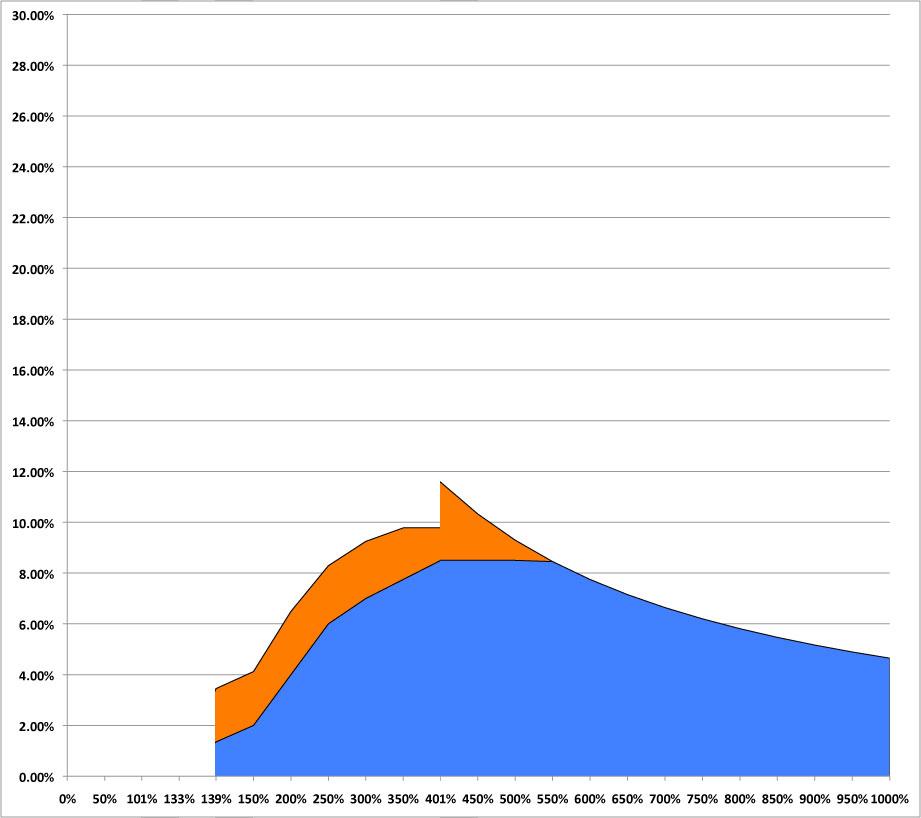 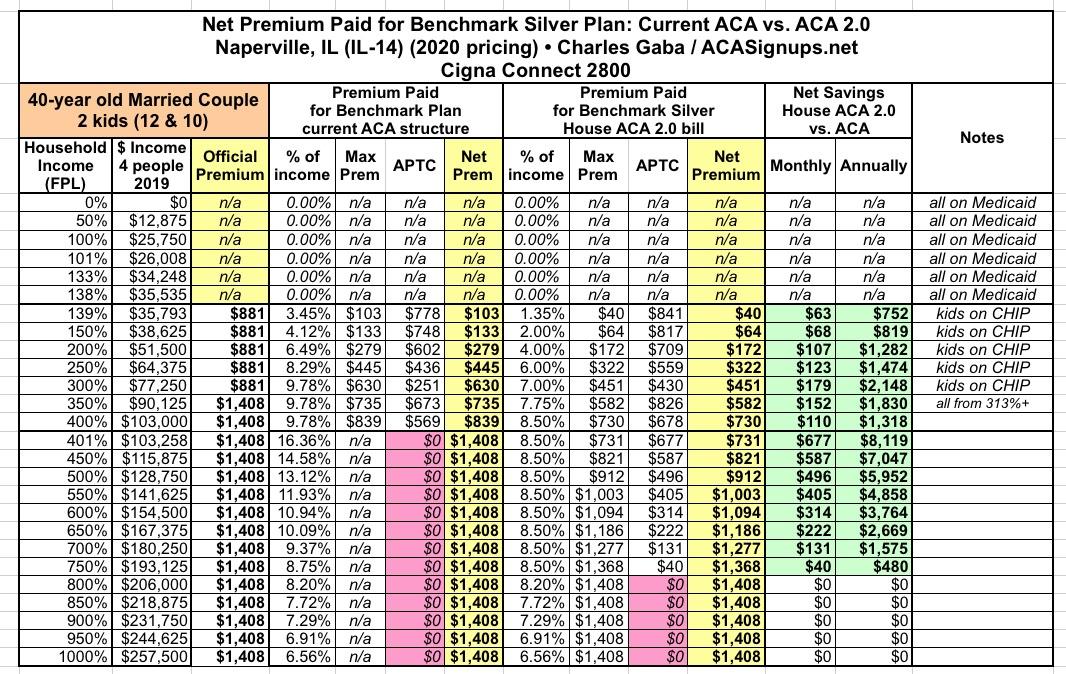 Again, the kids would be on CHIP until the family hits 313% FPL, so the unsubsidized premium for the parents only would run $881/mo. Over that, it's $1,408/month for all four of them. 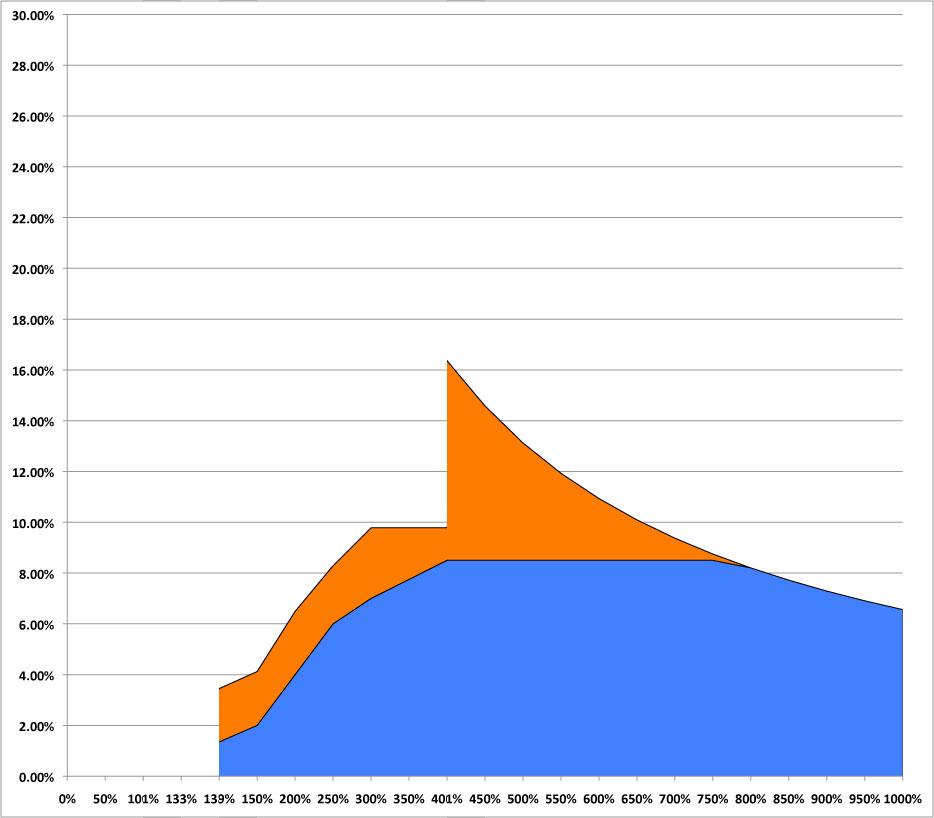 How about a 50-year old couple with a 18-year old kid still enrolled in their family plan (thanks to the ACA for that as well, I should note!)? 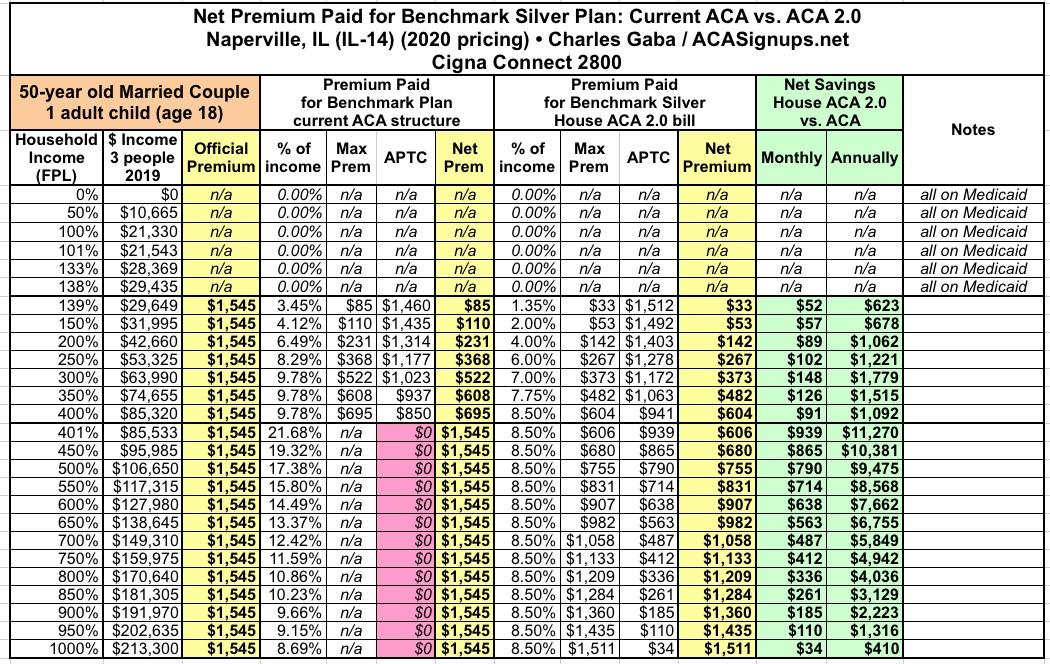 IMPORTANT: Note that the once their child turns 19, the rules regarding how subsidies are handled for adult children who aren't declared as dependents can get trickier. 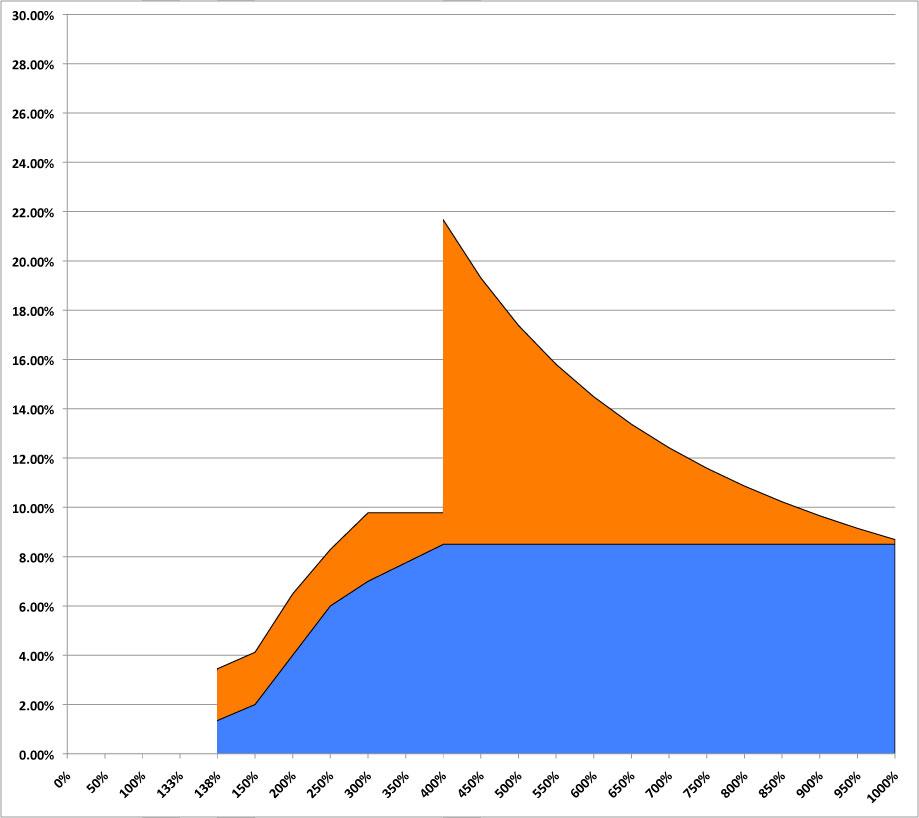 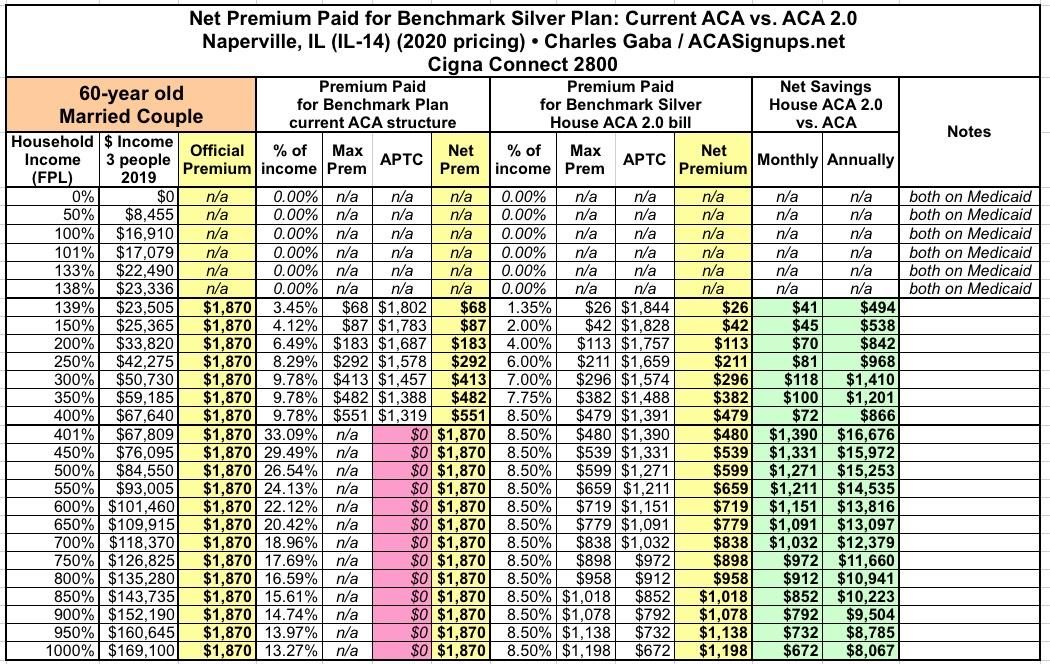 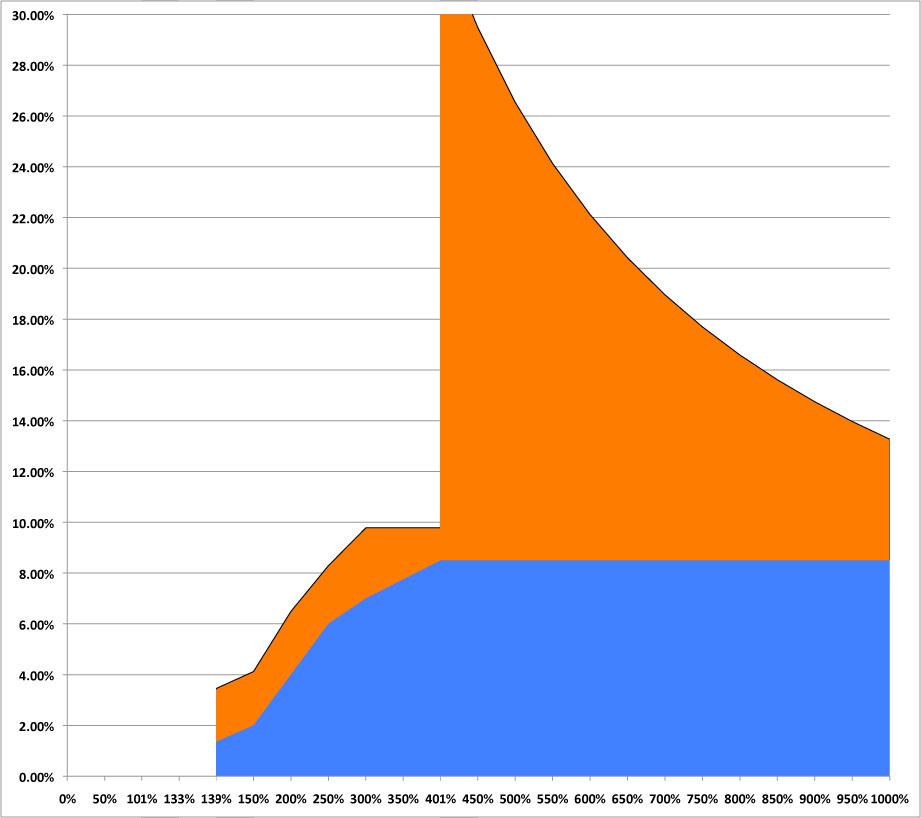