It is with profound grief that I announce that our beloved german shepherd Bella, the best, most wonderful, most gentle good girl in the world, died suddenly this morning at around 11am. She was only 9 years old.

The vet told us she had a pericardial effusion caused by a hemangiosarcoma...an aggressive, cancerous tumor near the heart with no advance signs which likely ruptured in the middle of the night, causing bleeding & fluid to build up in turn leading to vomiting and death.

Apparently there was no way for a veterinarian to detect it until it actually burst unless they knew it was there already. She seemed perfectly fine last evening. At around 2:30am she vomited & defecated profusely.

She seemed better after that...was drinking water and responding pretty well. We decided to see how she was in the morning & take her to the vet if necessary. This morning she was sleeping deeply but seemed to be breathing OK.

A little bit later, though, she took a turn for a worse. We rushed her to the emergency animal clinic up the road. I think she died as we were pulling up. The only 'positive' is that the vet said bringing her in a few hours earlier wouldn't have made any difference.

The vet said they could have drained the fluid, but that would've only bought a day or so at the most...a few more hours of suffering. One of the worst parts of being a parent is having to tell your 13-year old that a beloved family member passed away suddenly.

I was ready for this 5 years from now. I figured she'd likely pass away around the same time our son, who's grown up with her, left for college. I wasn't ready for it today. Anyway...no snark or wonky data posts today. Will be back tomorrow. 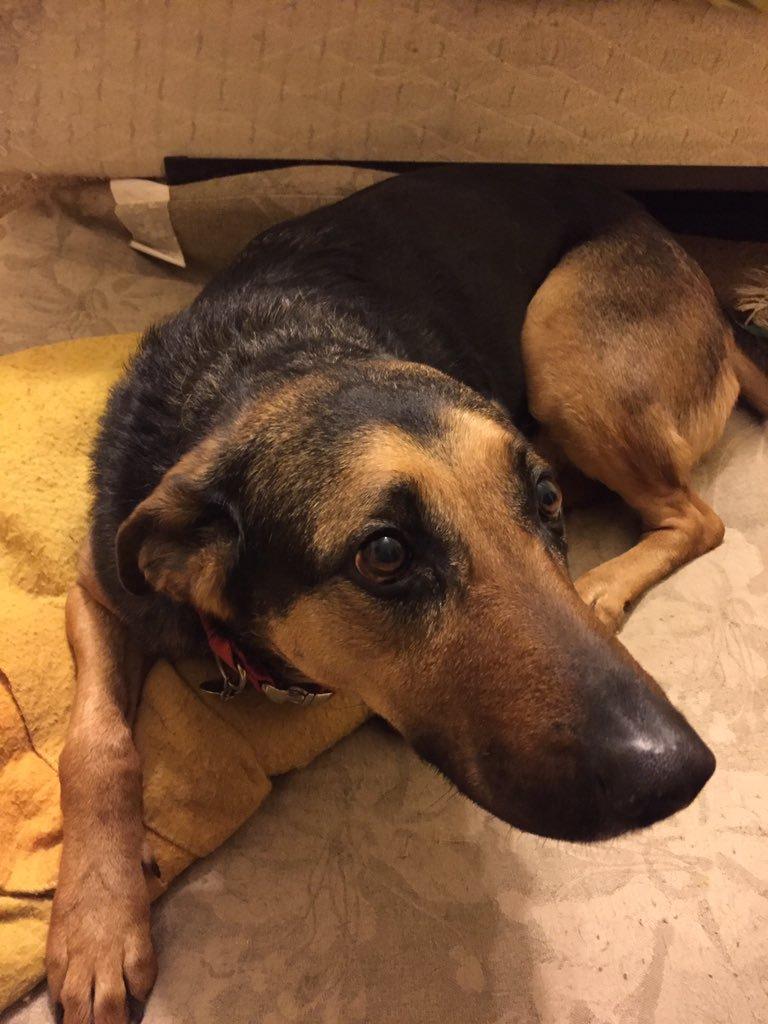