All that being said, here's what the payments for 2018 going out this month look like in Tennessee: 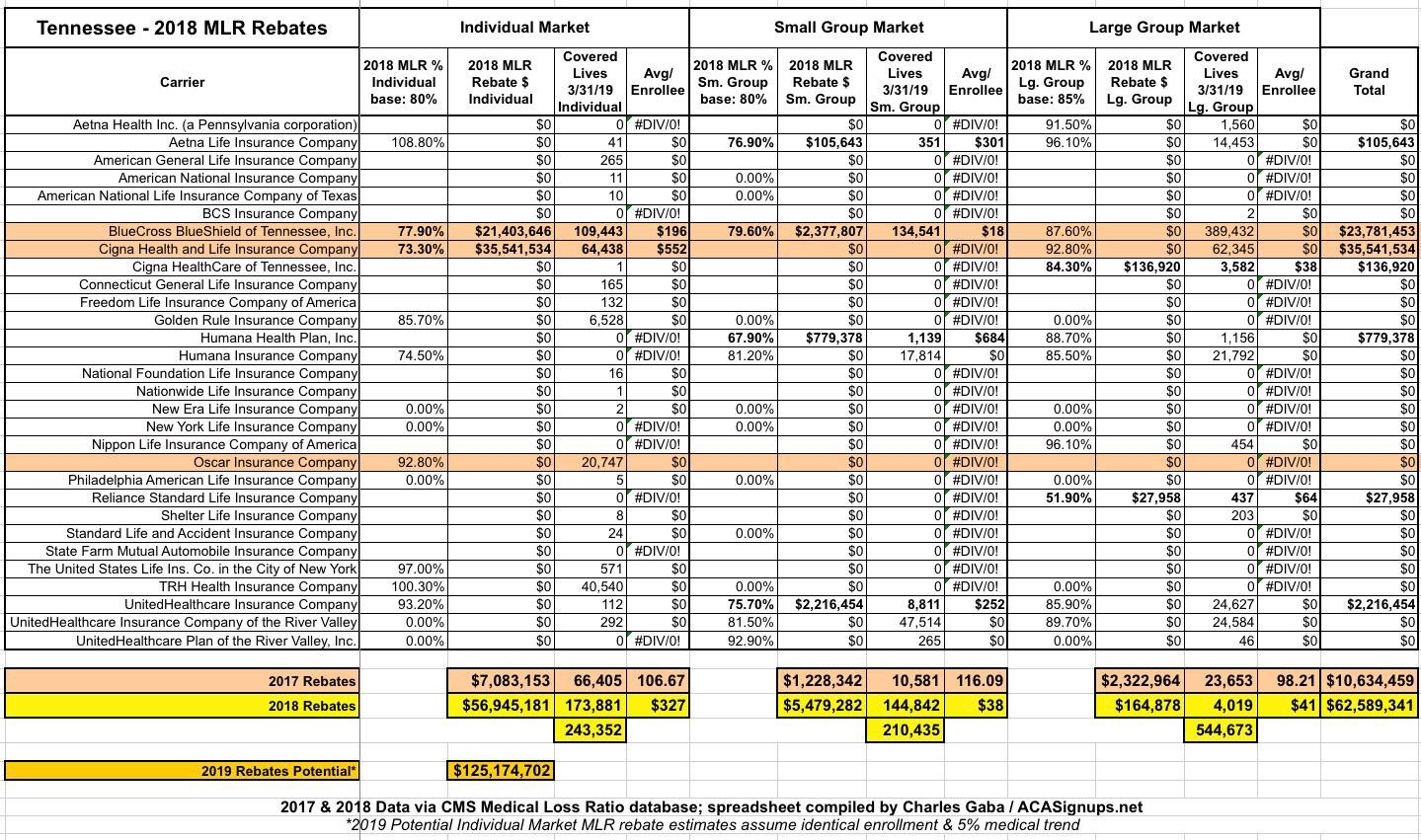 Wow! BlueCross BlueShield and Cigna both seriously overshot last year...as you can see below, their 2018 MLRs were jsut 62.4% and 65.5% respectively. This more than cancelled out crappy 2016 numbers, so they have to pay back a combined $57 million to their Individual Market enrollees.

However, it's next year that's the real jaw dropper: Even with substantial premium reductions in 2019, their respective MLRs will likely still only reach the high 70's, which could mean truly massive rebates being paid out: Potentially up to $125 million combined.