All that being said, here's what the payments for 2018 going out this month look like in New York: 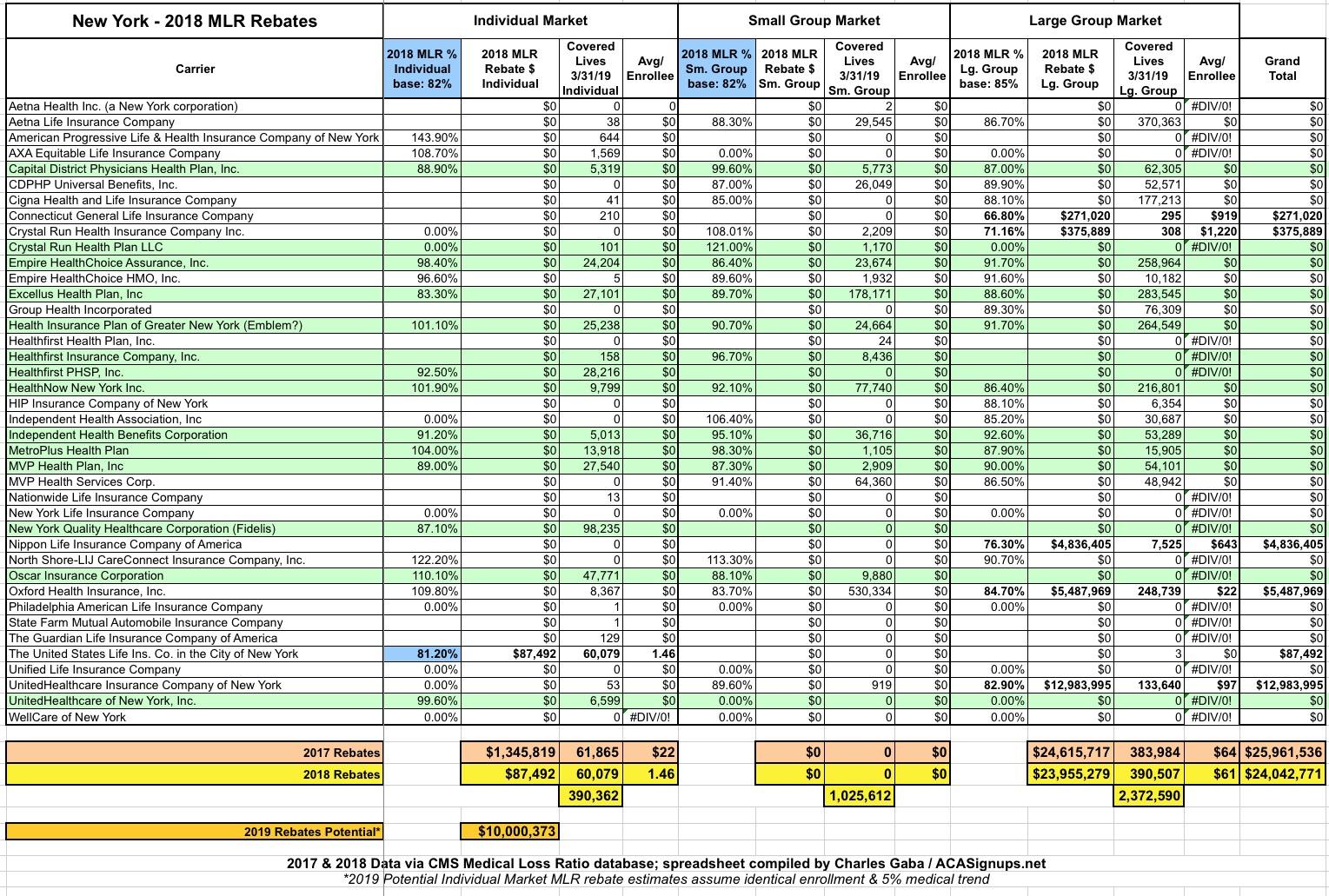 Huh. Only one Individual Market carrier in New York State ended up having to pay out MLR rebates this year. Not only is it a company I've never even heard of before I started this project, but the amount is almost absurd: $87,000 being paid back to 60,000 enrollees...or an average rebate of $1.46 apiece.

There's no rebates at all in the Small Group market this year, but there's a decent $24 million being paid back to 390,000 Large Group plan enrollees.

Here's one interesting tidbit: Just as I discovered that the MLR threshold in Massachusetts is 88% for the Individual and Small Group markets, New York also has a higher MLR threshold than the ACA requires: 82%. This is the only reason "US Life Insurance Co. of NY" even had to pay back that much to indy plan enrollees.

I'd keep a close eye on Fidelis next year, however; they could end up having to pay back as much as $9.5 million: