Massachusetts: Policyholders to receive $47 million in rebate payments thanks to 88% MLR threshold!

All that being said, here's what the payments for 2018 going out this month look like in Massachusetts: 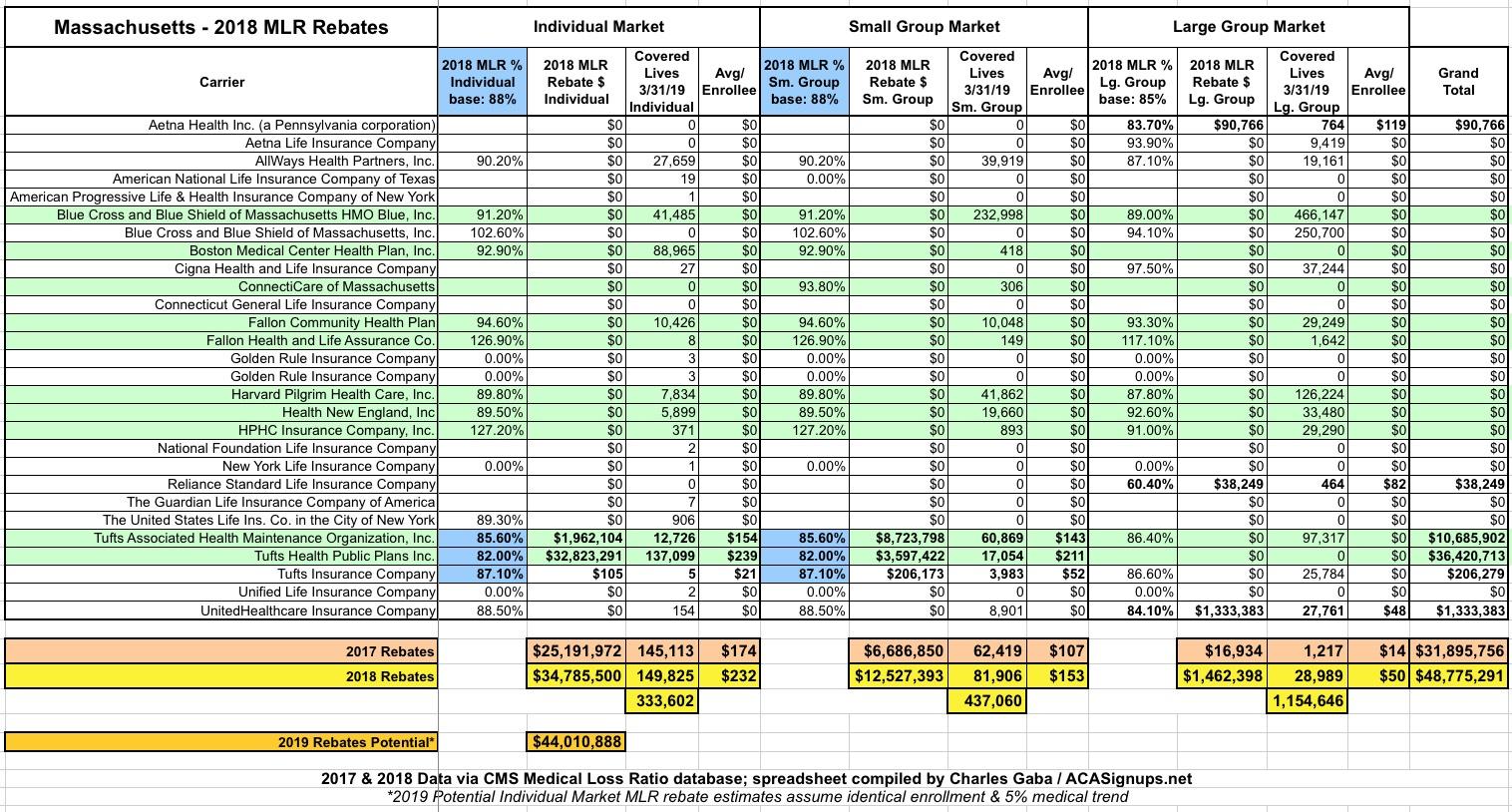 WOW...I just learned something very important: Apparently not every state follows the ACA's 80% MLR rule...it turns out that at least one, Massachusetts, has a higher threshold for both the Individual and Small Group Markets:

In other words, apparently up until 2012, Massachusetts set their MLR threshold at  90%, though they knocked it down 2 points since then. This is still a full 8 points higher than the federal threshold for the indy & small group markets...and as you can see above, this makes a huge difference: All $47.3 million of the 2018 Individual/Small Group market rebates is courtesy of that 8-point difference. If Massachusetts followed the same 80% cut-off as other states, enrollees would never see any of that money.

Related to this: The only serious criticism I've ever heard about the ACA's MLR rule is that it encourages carriers to collude with healthcare providers to jack up provider expenses (or at least turn the other way when providers do so), since that means they get to keep the 20% slice of an ever-bigger pie. There may be some truth to this, but it's important to note that Massachusetts has had the lowest average unsubsidized ACA premiums in the country for six years running.

In any event, due in large part to the higher 88% threshold, I expect Massachusetts to have significant Indy market MLR rebates next year as well...potentially up to $44 million: