Kansas: If my data is accurate, 17,000 Sunflower State enrollees should be getting MLR rebate checks averaging $1,500 apiece!

All that being said, here's what the payments for 2018 going out this month look like in Kansas: 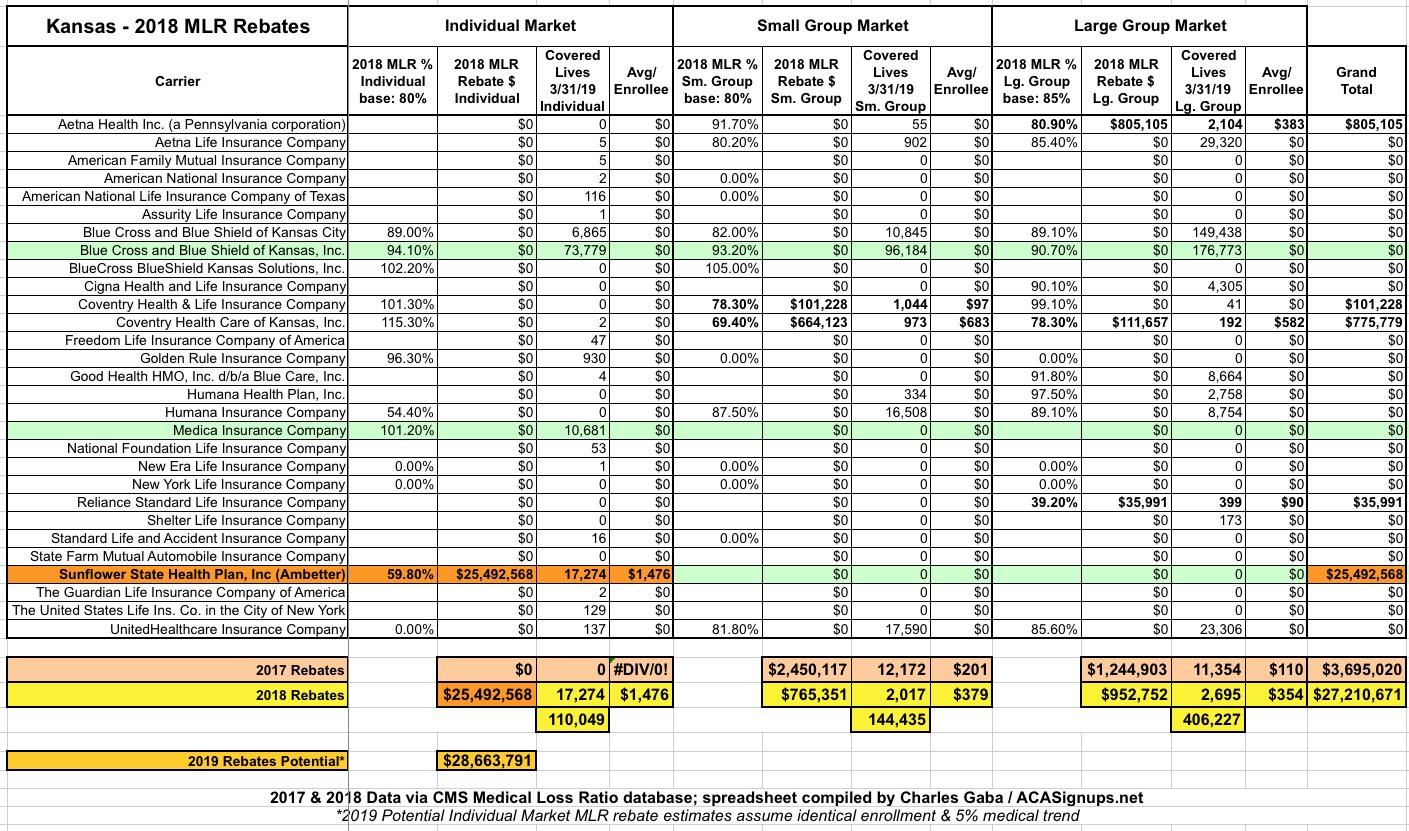 On the Individual Market, however, there's a hell of an outlier...and my data source on this one is questionable as well, so I'm flagging it in orange. IF the data for Sunflower State Health Plan, Inc. (another Ambetter rebranding) is accurate, however, it means that they have to pay out a whopping $25.5 million in rebates. This isn't the largest payout from a single carrier...but Sunflower State only has around 17,000 enrollees, meaning the average rebate amount is a whopping $1,476 per person. Again, that's the average...some older enrollees could see as much as $3,000 apiece.

Again, I'm putting an asterisk next to the Kansas number due to some questions about the reliability of the data on Sunshine's dollar amount.

Assuming this is accurate, however, next year could see an even bigger rebate payout from Sunflower: