All that being said, here's what things look like in New Jersey for 2018:

For next year, New Jersey is an exception to my "huge MLR rebates in 2020!" projection; I'm anticipating only nominal individual market rebates again, due to the dramatic rate drop this year due to the reinstatement of the individual mandate penalty and the implementation of a robust reinsurance program:

For 2019, however, I'm projecting New Jersey's indy market MLR to shoot back up again, possibly as high as 93.7%. The carriers dropped their rates an average of 9.3% this year in response to the mandate + reinsurance program, but they're reversing themselves and raising rates 8.6% next year, so it's hard to say how that will play out. Even the one carrier I anticipate to have MLR rebates is highly questionable...Horizon Healthcare of New Jersey doesn't even appear to have had any enrollees last year: 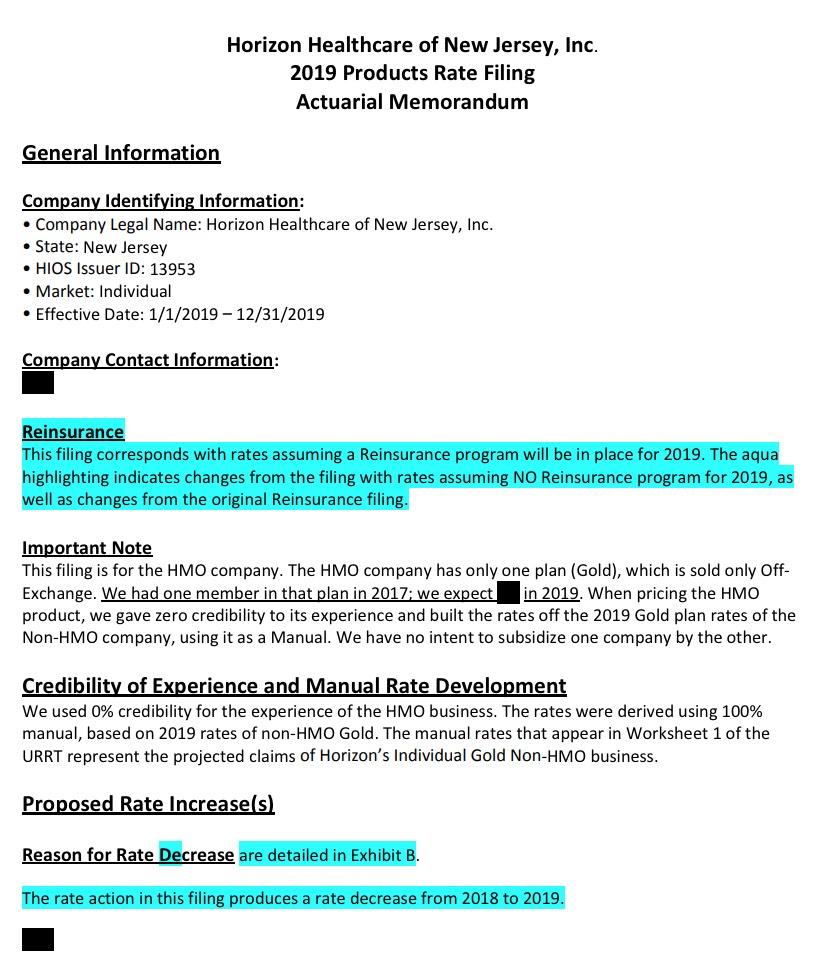