All that being said, here's what things look like in Georgia for 2018: 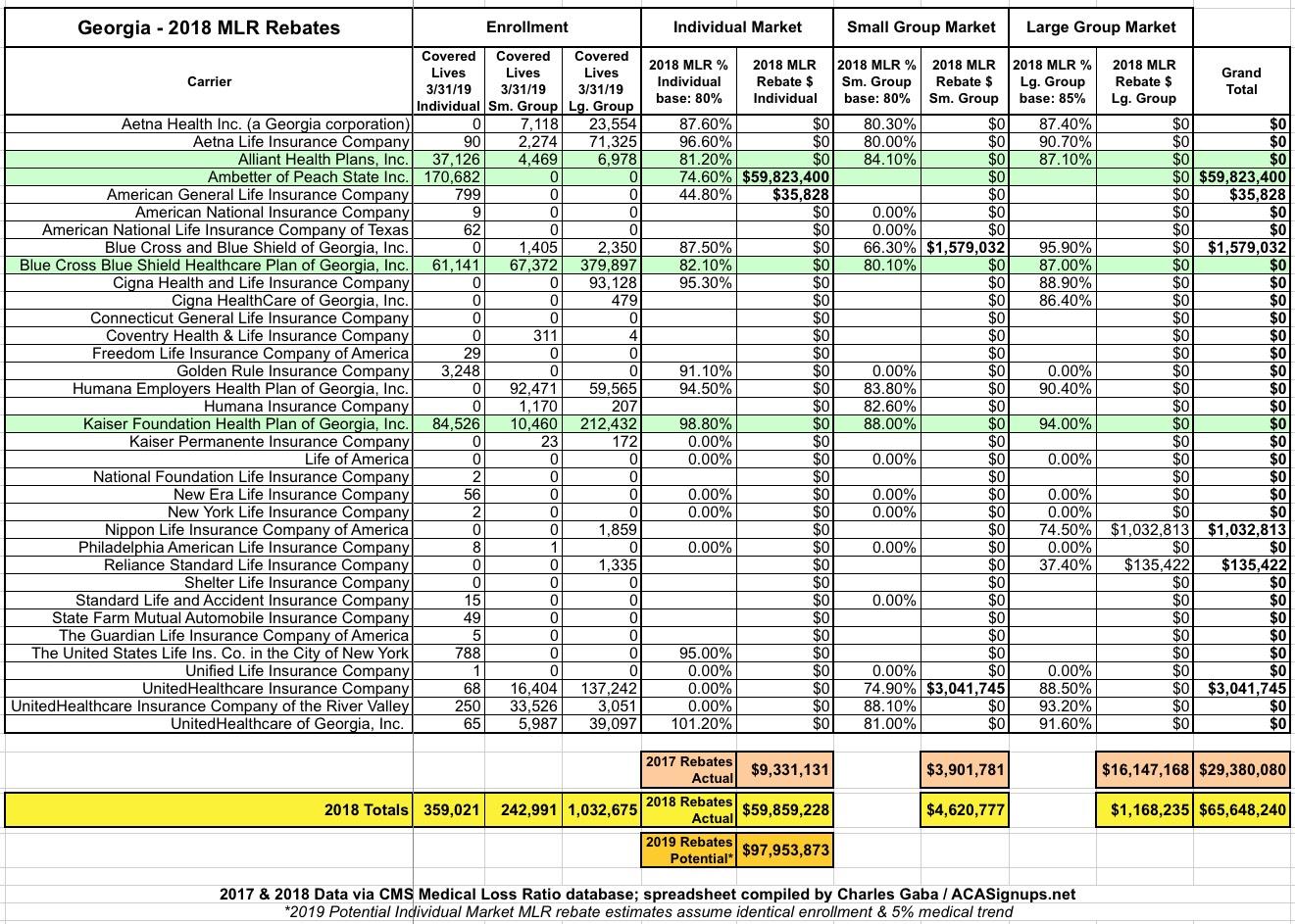 NEXT year, as I noted in my MLR explainer, there's the potential for tIndividual Market MLR rebate payments to incresae even more, mainly due to 2016 dropping off of the 3-year rolling average calculation. Here's why:

This would give a weighted average of 80.6%, which could potentially mean as much as $98 million in MLR rebates having to be paid out on the Individual Market alone.