All that being said, here's what things look like in Florida for 2018: 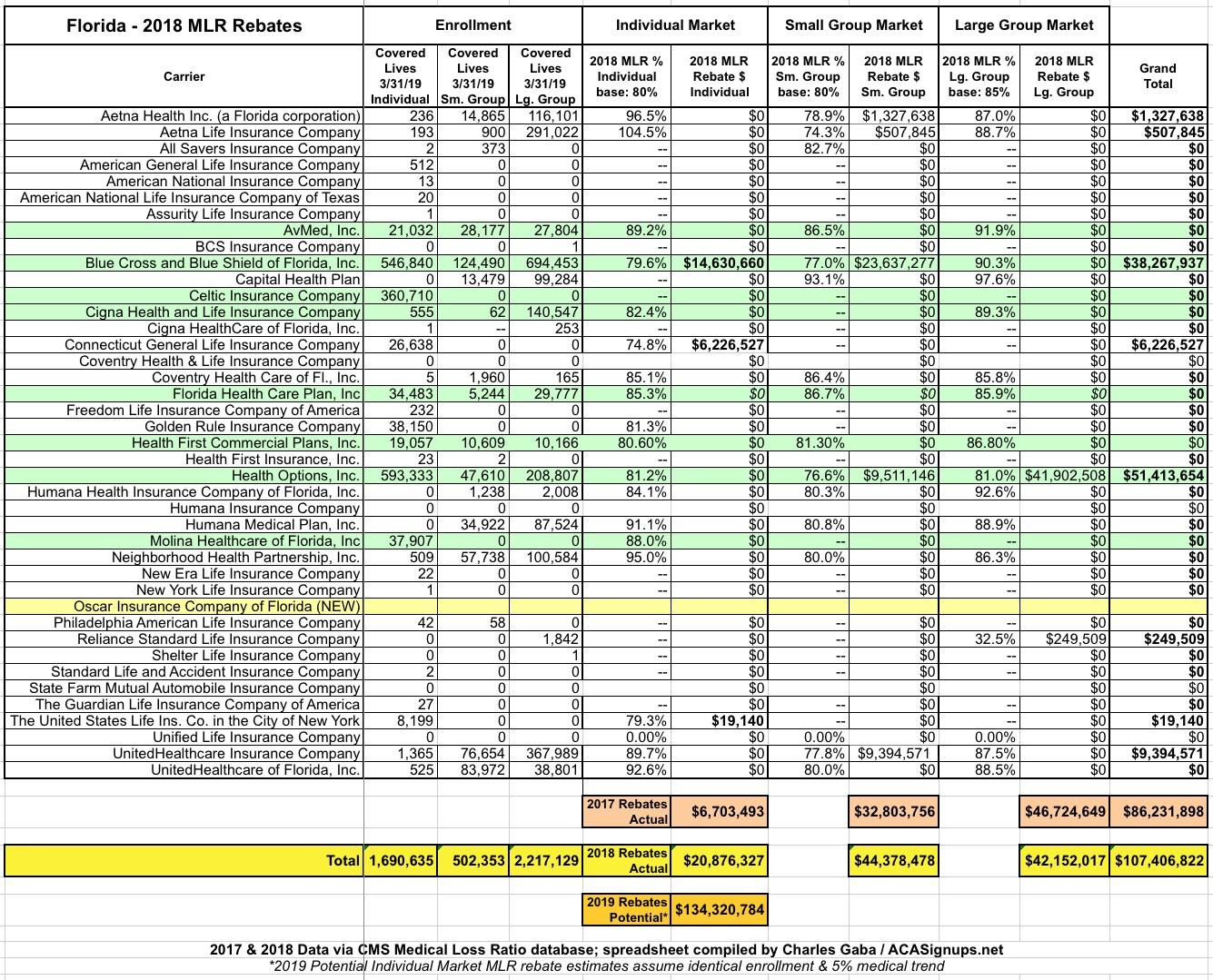 Meanwhile, in the individual market, MLR rebates in Florida more than tripled this year, from $7.7 million to $20.9 million.

This means that for 2018, the 3-year rolling average was 82.3%, with just 3 carriers falling below the 80% threshold...one of whom is Florida Blue, which holds nearly 1/3 of the total state individual market enrollment.

This would give a weighted average of 80.2%, which could potentially mean as much as $132 million in MLR rebates having to be paid out on the Individual Market alone.