I noted back in February that Vermont Health Connect, VT's ACA exchange, has remained essentially silent since last fall, issuing only 2 press releases since Open Enrollment started last November (one of which was about a new plan comparison tool, the other of which was about some sort of Medicaid-related dealine). In other words, they haven't publicized their 2016 enrollment numbers whatsoever...the only reason I have data for VT at all is thanks to the official ASPE reports from the HHS Dept. This is a stunning 180º turnaround from 2015, when they were issuing detailed reports on a regular basis.

One other thing to remember about Vermont is that they (along with the District of Columbia) had a policy for the first couple of years of ACA exchange enrollment dictating that all individual (and small business) health insurance plans offered in the state must be sold through the ACA exchange. In other words, VT and DC didn't have any off-exchange ACA-compliant enrollment in those markets at all...which actually makes my job much easier in terms of tracking enrollees, since the exchange numbers are far more transparent than off-exchange data is in the other 49 states.

Finally, it's important to remember that also like DC (and Massachusetts), Vermont's individual and small business risk pools are merged, which means any rate hikes apply to both markets according to their enrollment figures.

Anyway, the inimitable Louise Norris gave me a heads up earlier this evening regarding three important Vermont-related developments:

Rates for Blue Cross Blue Shield of Vermont will be going up 7.3 percent next year and rates for MVP will be going up 3.7 percent. The Green Mountain Care Board (GMCB) Tuesday announced its decisions on 2017 rate increase requests for health insurance plans offered on Vermont Health Connect (VHC), Vermont’s online health benefit exchange. The rates were filed by insurers on May 11, 2016 and were subject to a 90 – day technical analysis and review by the GMCB. The review process included two days of rate hearings open to the public and public comment from almost 150 Vermonters.

BCBSVT, which insures more than 77,500 Vermonters through VHC, requested an 8.2 percent average annual rate increase, later amended to an 8.6 percent, for its health plans offered on VHC with coverage beginning January 1, 2017.

The enrollment numbers above are slightly different from the ones listed when I ran my original rate request analysis back in May, but what matters now is the impact of the approved rate changes. Here's how they changed:

The requested average increase was 8.3%; the approved increases are slightly lower, at 7.0%.

The second major tidbit Louise discovered is that contrary to what I thought, apparently the VT exchange did issue a formal 2016 Open Enrollment Report back in May after all!

Granted, the report is only one page long and really doesn't include that much info, but it's still something. Here's the relevant data points: 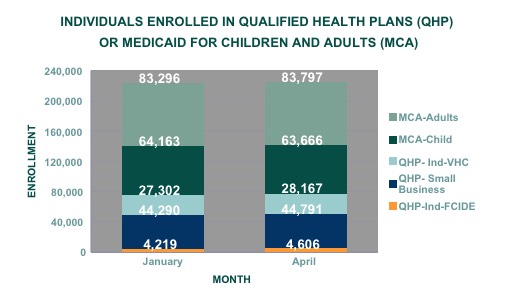 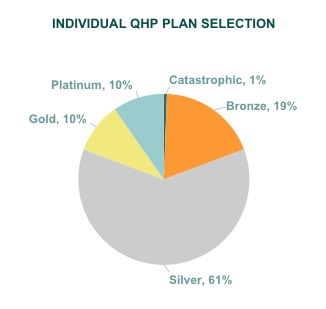 And yes, I realize that some of this is practically unreadable; that's exactly how it appears on the report. The key point is that Vermont had 27,302 effectuated exchange QHP enrollees in January, which increased slightly to 28,167 as of April (which makes sense, since open enrollment was still going on through the end of January).

Here's where thigns get more interesting, however: The "MCA" sections refer to Medicaid; and "QHP - Small Business" refers to SHOP enrollees, of course...but what's that small orange section at the bottom? 4,606 people enrolled in "QHP - Ind - FCIDE"??

Well, that brings me to the third noteworthy Vermont news: Louise dug around a litte more and discovered that while no one was paying attention, Vermont changed their policy regarding only allowing on-exchange individual policies to be sold way back in September of last year:

What is Full-Cost Individual Direct Enrollment ?

What are Eight Things I Should Know about Full-Cost Individual Direct Enrollment?

One more thing: While Norris deserves huge props for digging up the off-exchange policy change and basic enrollment report, I am going to take credit for tracking down a more detailed version of the report (hey, it's not much but I'll take what credit I can): 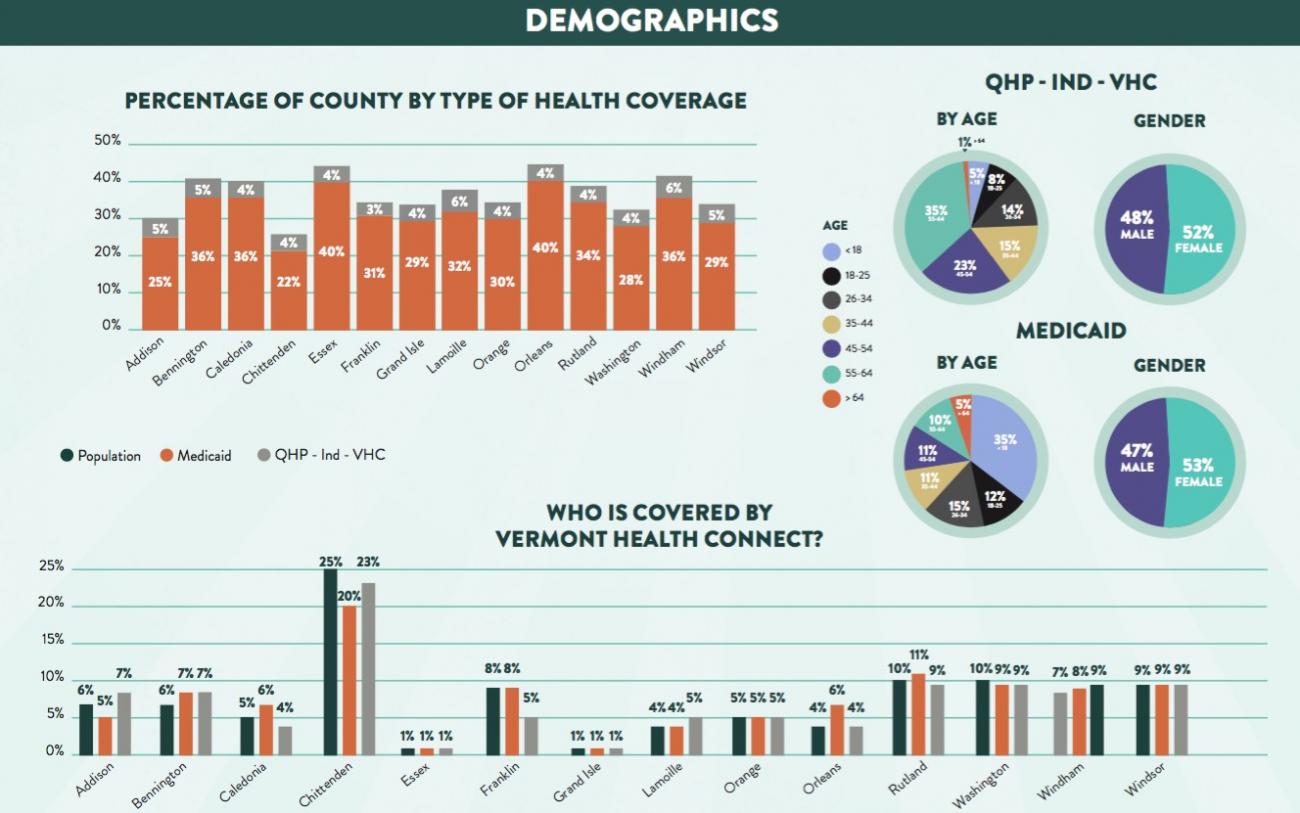 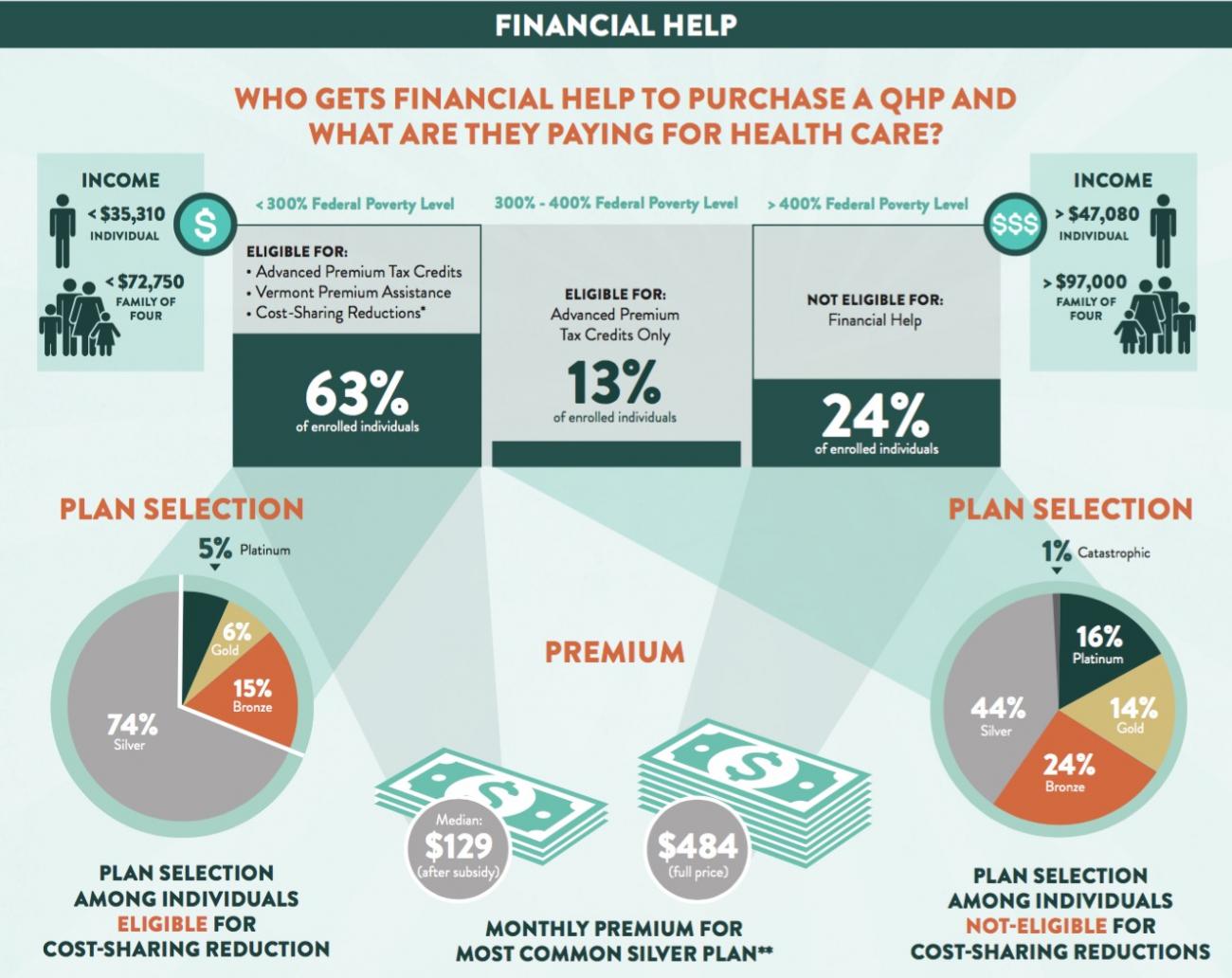