ALBANY, N.Y. (February 22, 2019) -- NY State of Health, the state’s official health plan Marketplace, today released county-level enrollment data as of January 31, 2019, showing that overall enrollment increased in each of New York’s 62 counties. Total enrollment in the Marketplace is now over 4.7 million people, reflecting an increase of more than 435,000 people from 2018.  NY State of Health focused increased marketing and outreach efforts in areas with higher uninsured rates, which contributed to enrollment gains across all program types. Statewide, enrollment in Qualified Health Plans and the Essential Plan combined, increased by over 70,000 (7 percent) compared with 2018.

“It’s evident that the demand for quality, affordable health coverage is high in every corner of the state,” said NY State of Health Executive Director, Donna Frescatore.  “With a robust choice of health plans and affordable premiums, NY State of Health is the place consumers come to get covered.”

Counties with the Highest Percentage Increase in Combined Qualified Health Plan & Essential Plan Enrollment between 2018 and 2019: 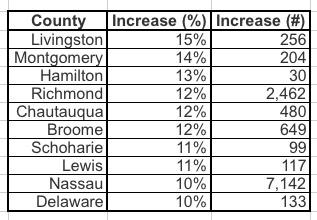 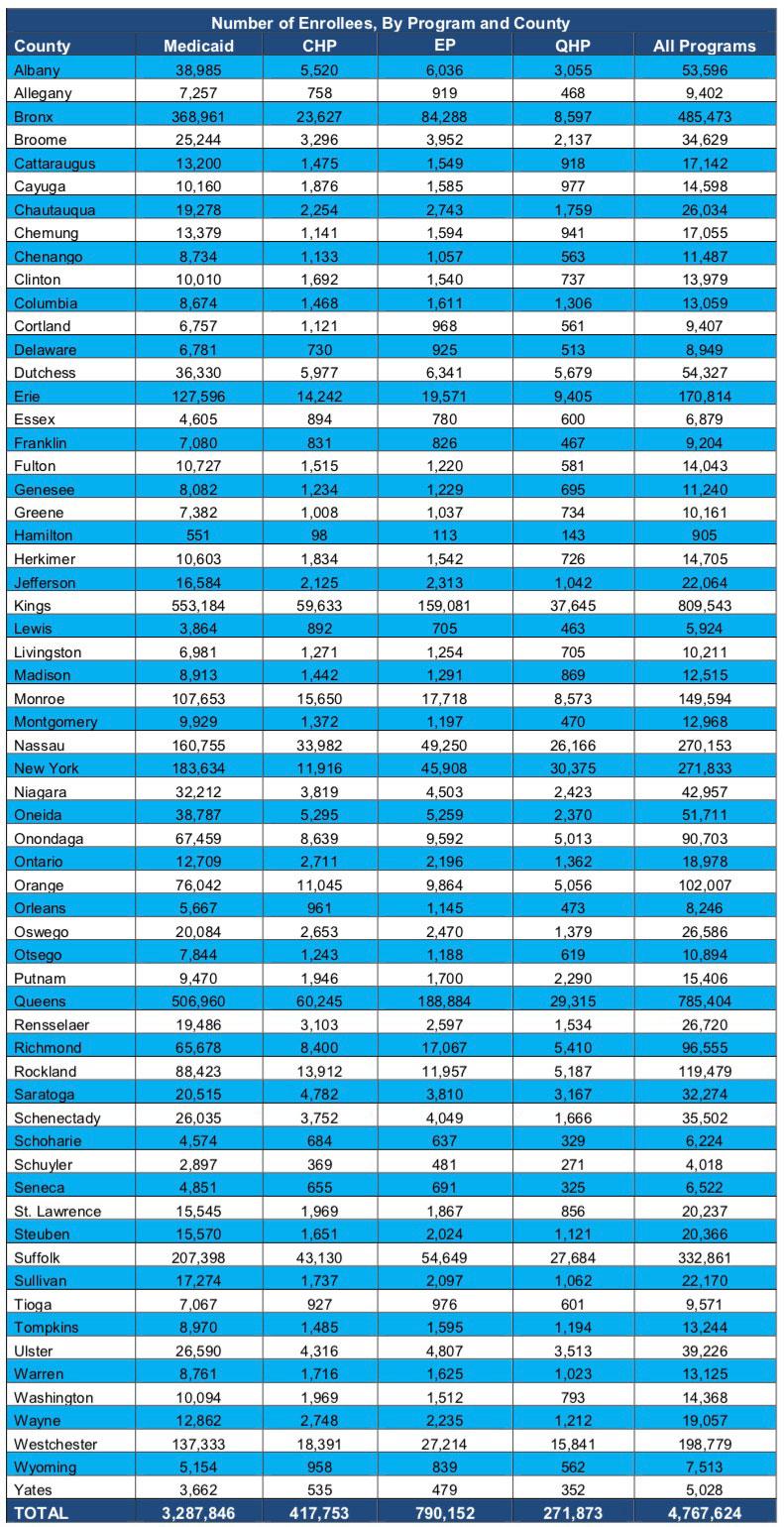 As an aside, I should probably also note that the 3.29 million Medicaid enrollee figure is a bit misleading. Don't get me wrong, that many people really are enrolled in Medicaid via NYSoH, and it is a significant increase in exchange-based Medicaid enrollment over last year...but that's mostly because they're gradually shifting off-exchange Medicaid enrollees onto the NYSoH system, as Bill Hammond pointed out a few weeks back:

.@NYStateofHealth continues leaving off-exchange Medicaid recipients out of its enrollment reports, for no obvious reason other than making an upward trend look bigger than it really is.

Since 2015, overall Medicaid enrollment has been flat. The increase in on-exchange enrollment measures nothing but a change in procedure. 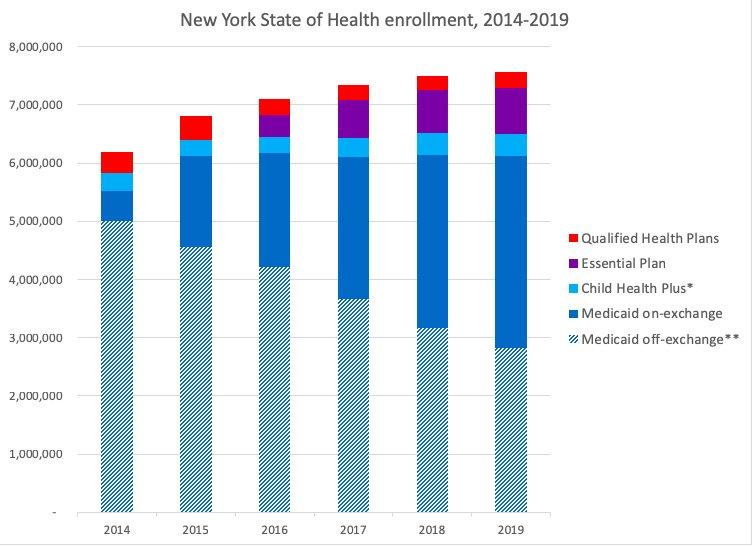