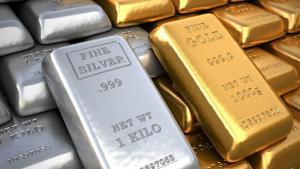 Last year there was much hand-wringing by myself and other healthcare wonks about whether or not the Trump Administration would attempt to kill off Silver Loading (and its even-wonkier cousin, Silver Switching). HHS Secretary Alex Azar and CMS Administrator Seema Verma kept sending out mixed and confusing signals about their intentions.

Eventually, Azar decided that while he doesn't like the practice, there wasn't enough time to change the rules before the 2019 Open Enrollment Period was set to begin, so he decided to take a pass for the time being.

Well, in yesterday's NBPP release, the HHS Dept. addressed the issue of CSR reimbursement funding directly...but they also made it clear that they're letting Silver Loading slide for another year:

Section 1402 of the PPACA requires issuers to provide CSRs to help make coverage affordable for certain low- and moderate-income consumers who enroll in silver level QHPs, as well as Indians who enroll in QHPs at any metal level. Section 1402 of the PPACA further states that HHS will reimburse issuers for the cost of providing CSRs. Until October 2017, the federal government relied on the permanent appropriation at 31 U.S.C. 1324 as the source of funds for federal CSR payments to issuers. However, on October 11, 2017, the Attorney General of the United States provided HHS and the Department of the Treasury with a legal opinion indicating that the permanent appropriation at 31 U.S.C. 1324 cannot be used to fund CSR payments to insurers. In light of this opinion – and in the absence of any other appropriation that could be used to fund CSR payments – HHS directed CMS to discontinue CSR payments to issuers until Congress provides a valid appropriation. In response to the termination of CSR payments to issuers, many issuers increased premiums in 2018 and 2019 only on silver level QHPs to compensate for the cost of CSRs—a practice sometimes referred to as “silver loading” or “actuarial loading.” Because premium tax credits are generally calculated based on the second lowest cost silver plan offered through the Exchange, this practice has led to consumers receiving higher premium tax credits. These higher premium tax credits are being borne by taxpayers.

Translation: Trump attempted to "blow up" the ACA exchanges by cutting off CSR reimbursement payments...but instead of destroying the ACA market, as he expressly stated his intention was, Silver Loading actually managed to not only mitigate most of the damage but to actually improve the situation for millions of subsidized enrollees.

Silver loading is the result of Congress not appropriating funds to pay CSRs, with the result being an increase to the premiums of benchmark plans used to calculate premium tax credits, and the federal deficit. The Administration supports a legislative solution that would appropriate CSR payments and end silver loading. In the absence of Congressional action, we seek comment on ways in which HHS might address silver loading, for potential action in future rulemaking applicable not sooner than plan year 2021.

As my friend & colleague Andrew Sprung notes over at Xpostfactoid, this appears to be the first time that the Trump Administration has specifically stated that they want CSR reimbursement payments to be formally appropriated. It's basically their way of admitting that this particular sabotage attempt mostly backfired on him.

What's most interesting to me is that they're giving Silver Loading a pass for another year...they're not gonna try to forbid it for the 2020 season (as an aside, there's a lot of debate about whether they could even do so legally, since most insurance premium regulation is pretty solidly in the hands of the states, not the federal government).

Unlike Sprung, I'm not terribly worried about what will happen to Silver Loading after 2020...mainly because the 2021 Open Enrollment Period will be kicking off in the middle of the 2020 Presidential Election, which means everything is going to be absolutely apeshit insane. It's definitely something to keep an eye on over the next year or so, however.