2019 Open Enrollment: Where things stand w/time left for MA/NY/DC & many in AK/FL/GA

With the final Open Enrollment deadlines now having passed for Minnesota, California, Colorado and Connecticut (but some data still missing for CA and CT), it's time to check in once again to see where things stand at the state-by-state and national levels.

Also worth noting: Four states (Colorado, Hawaii, Massachusetts and Minnesota) are part of the "Five Year Club"...all four have managed to break their previous enrollment records for five years in a row. Mazel Tov!

New York and Massachusetts still have time for people to enroll and further pad their leads, as does the District of Columbia, which is currently down by over 1,400 enrollees vs. last year but is missing a lot of data--their last update only ran through 12/11, so it's possible that they'll surpass 2018 after all. The same is true to a lesser extent for Connecticut (only missing 2 days of data) and California (missing 15 days). My guess is that neither of these states will quite hit last year's totals, but they should both come very close.

Vermont has been radio silent...I have no 2019 enrollment data from them whatsoever. Assuming they at least come close to last year, that should bump the national number by around 28,000 enrollees. I'm guessing another 60K - 70K will be added from the other incomplete state-based exchanges, for a grand total of just barely over the 3.0 million mark for SBEs...virtually identical to last year (again). If so, that would bring the grand total up to just a hair over 11.4 million QHP selections nationally. 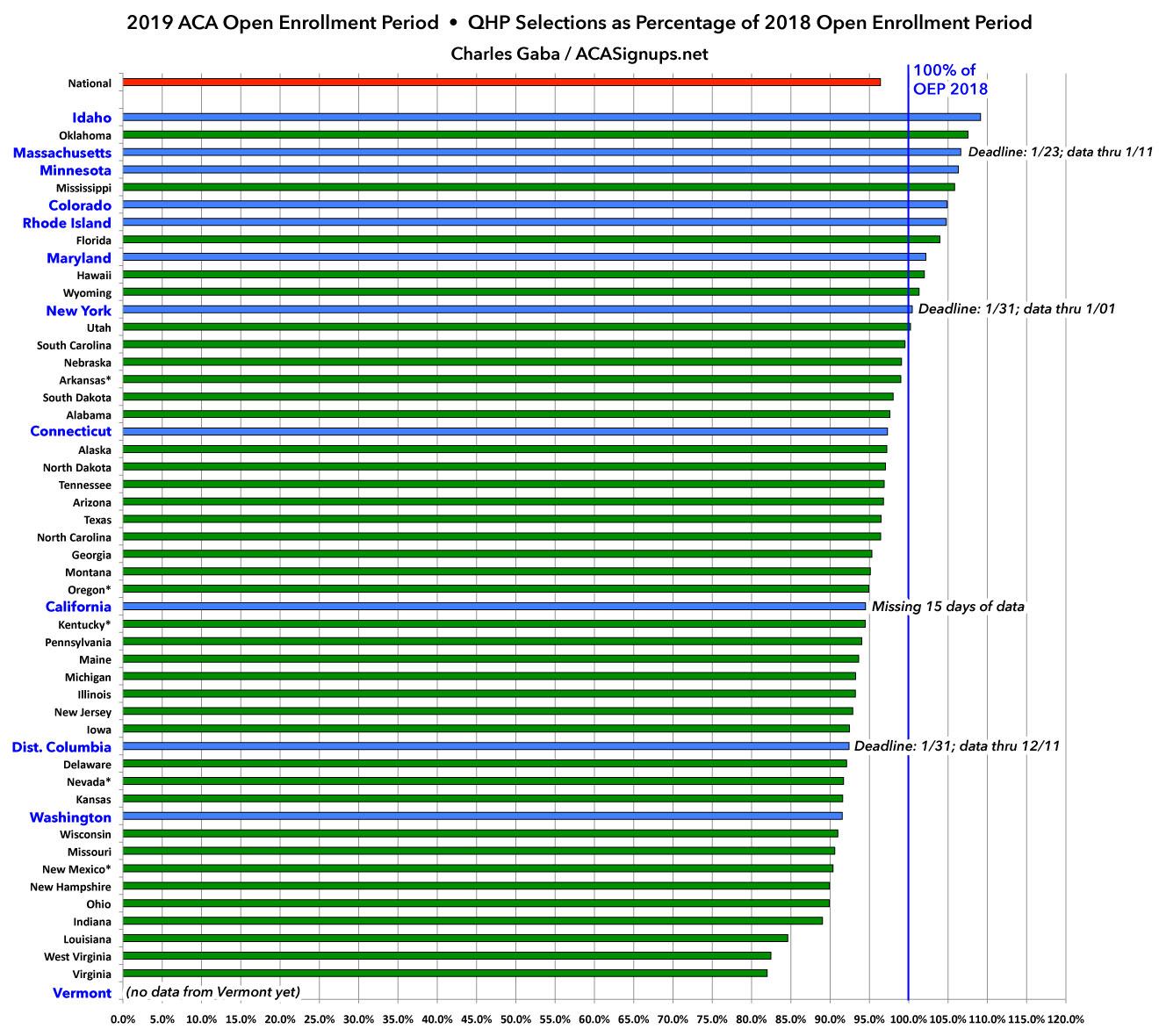 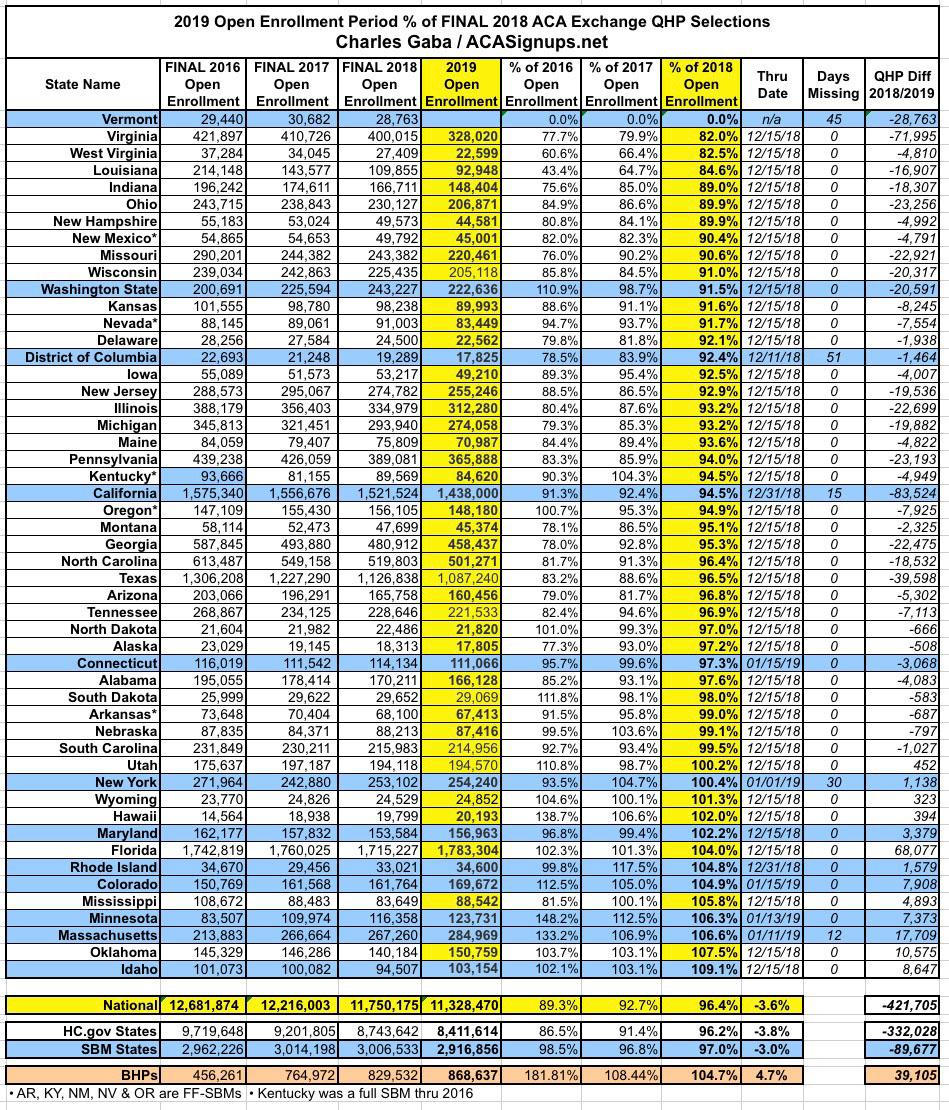 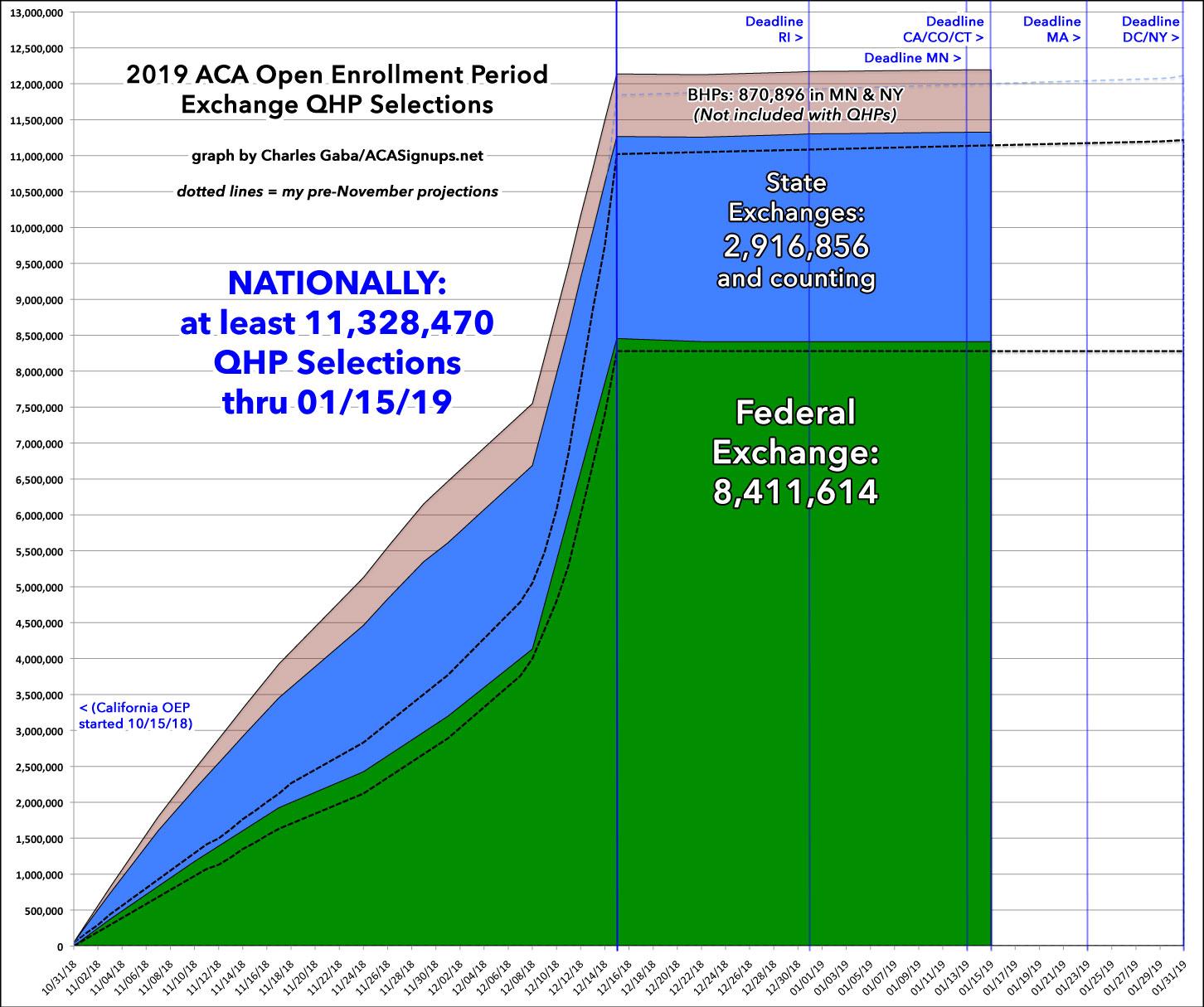