With major enrollment updates from California, New York, DC and Massachusetts and especially the Week 5 update from HC.gov all rolling in over the past couple of days, I thought this would be a good point to put it all together and see where things stand just ahead of the big final push (for most states).

Here's a state-by-state breakout of confirmed QHP selections. All 39 HC.gov states as well as New York are as of 12/01, while California, Colorado and Connecticut are all as of 11/30; Rhode Island and Washington State are as of 11/28. The outliers are DC and MN (11/13 and 11/14) and Massachusetts (thru 12/04). I don't have any enrollment data from Idaho, Maryland or Vermont as of yet.

When comparing the year over year numbers, I have not corrected the HC.gov states for the missing day below, but I did add a column noting how many days worth of data are missing in each state.

As you can see, all of the HC.gov states are running behind last year as of roughly the same point in time (Florida is slightly ahead if you adjust for the missing day). As a whole, the 39 HC.gov states are down 11.3% so far.

Nationally, missing data/states notwithstanding, OE6 is running around 6.4% behind last year so far. I still expect the final total to end up around 4.9% behind. 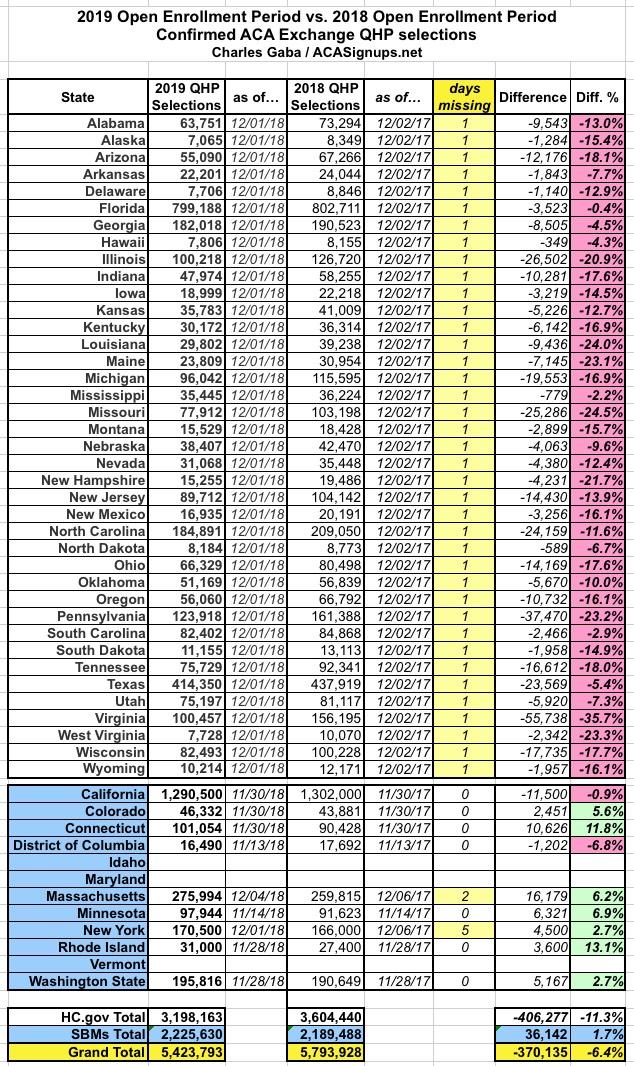