Out of curiosity, I went through the entire roll call vote and figured out exactly what the fate was of all 217 House Republicans who voted for the AHCA (It didn't need 218 votes to pass due to a handful of vacancies at the time).

There's still one uncalled at this writing, but as far as I can tell... 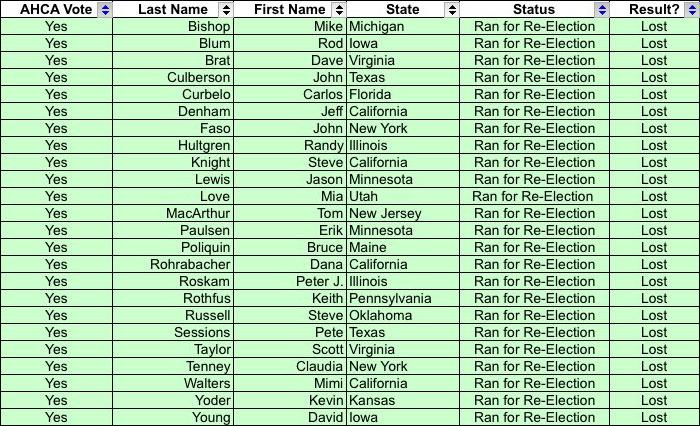 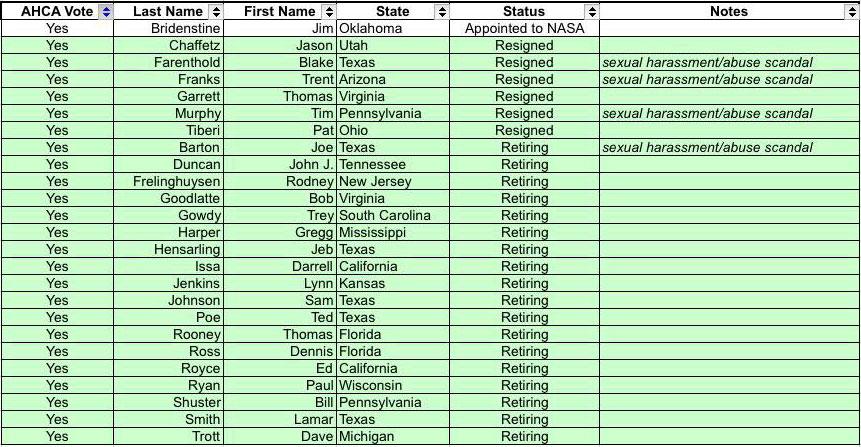 In all, at least 57 of those who voted "yes" on the AHCA have since lost their jobs in public office one way or another in the past year and a half, or at least 26% of the total. This number could climb as high as 63, though it'll likely top off at around 60.

While I'm at it, I should also note that there were 20 House Republicans who voted "no" on the AHCA. Here's their fate: