In past years, this blog post would be a pretty big deal for me, given that it's all about the very core of this website: ACA Signups. As both enrollees, carriers, analysts and reporters have gradually become more used to the annual Open Enrollment Periods, however, these Weekly Snapshots, while still extremely useful, have become somewhat mundane.

"Weeks" are measured from Sunday - Saturday regardless of what day November 1st falls on, thus the partial week being tallied. Last year, HealthCare.Gov enrolled over 601,462 people in the first four days of Open Enrollment, with 464,140 current enrollees manually renewing their policies and 137,322 new enrollees signing up. How about this year? Here's the official report from CMS: 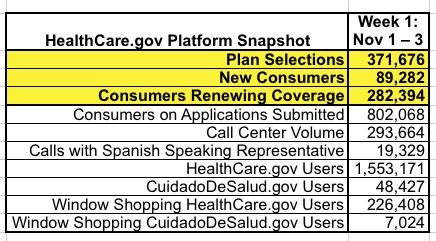 On the surface this looks pretty bad...a drop-off of over 38% year over year. However, it's important to note that the 2019 "Week One" only includes three days, not four, which accounts for some of the difference. When I look at my spreadsheet for last year, I estimated that roughly 468,000 people likely selected QHPs via HealthCare.Gov in the first three days, which translates into roughly a 20% drop-off instead of 38% for the comparable time period. Still significant, but not nearly as dramatic.

Does that mean anything about ACA sabotage or anything along those lines? Honestly...I don't think so. That may become apparent as more data comes in, but there's simply too little data to draw any conclusions as of yet. In addition, there was an extremely high-profile and high-interest midterm election on Tuesday, and given how high the stakes are for the future of the ACA along with everything else in the country, it's likely that some people simply decided to hold off on dealing with ACA open enrollment until after the election was over. God knows my wife and I did.

In fact, the 372K figure for this year is actually slightly higher than my own projections for HealthCare.Gov so far. Again, it really doesn't mean much yet: 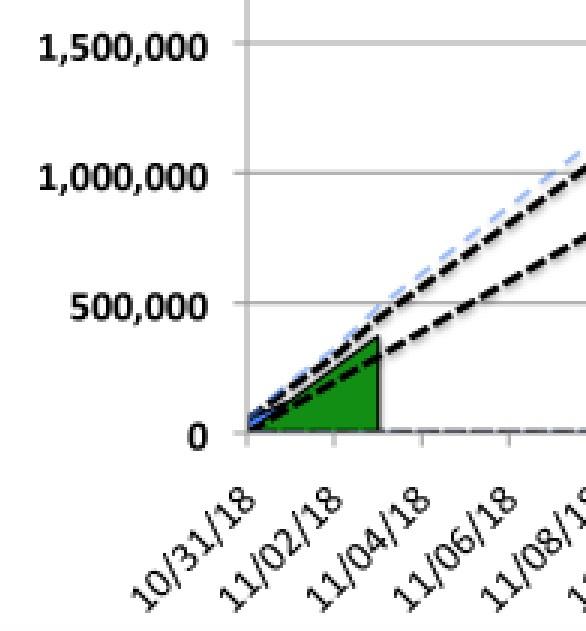 There's no state-by-state breakout provided yet, so I'll leave it at that for the 39 HealthCare.Gov states. I'm also going to start checking in with Covered California (which actually started their Open Enrollment period a full three weeks ago!) and the other state-based exchanges tomorrow.