Nebraska has a slightly confusing siutation, which is surprising since Medica is the only carrier offering ACA policies in the state, When I first took a look at the requested premium changes for 2019 back in August, it looked like the average was around 1.0%...that was based on splitting the difference between the 3.69% and -2.60% listings, since the filing form was redacted and I didn't know what the relative market split was between Medica's product lines.

However, when I took another look today, while Medica is still the only carrier in the database, they now have four product lines listed...two of which are the originals (which don't have final/approved rates posted yet), plus two new ones which are approved:

...not that this really matters, since the actual rate filing states that it's 2.2% across all four lines. I figured out how to "un-redact" the relevant portion of the filing form by simply copying & pasting the text into Word: 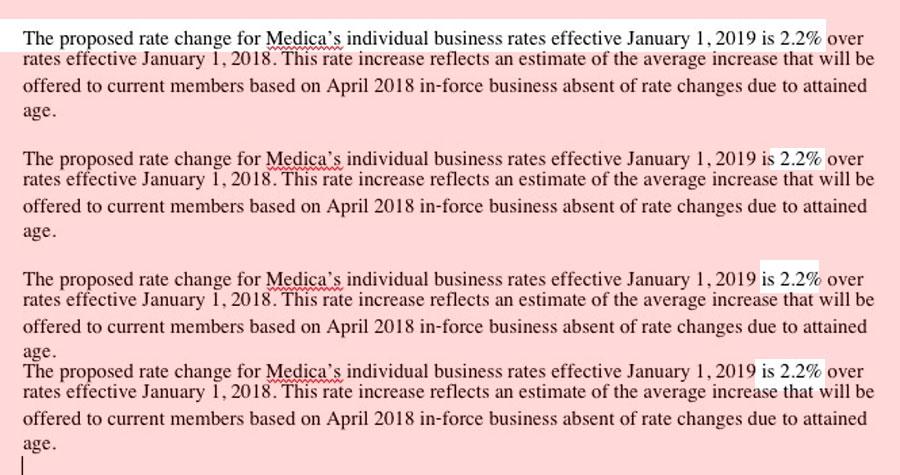 So...Nebraska is among the very rare states where I have to increase their 2019 average rate change more than I previously had it pegged at. Fortunately, it's only increasing from 1% to 2.2%. Unfortunately, the mandate repeal + #ShortAssPlans expansion still means unsubsidized enrollees will have to pay over $1,000 more next year than they'd otherwise have to.