The state of Maine's insurance regulatory agency has announced the approved 2018 individual market rate hikes for the three carriers operating in the state. Louise Norris beat me to the punch:

Regulators in Maine published rate proposals for the three Maine exchange insurers in June, and finalized the rates in early September. Insurers proposed two sets of rates: one that assumes cost-sharing reduction (CSR) funding will continue, and another that assumes the federal government will not fund CSRs in 2018.

The Maine Bureau of Insurance initially rejected all three insurers’ rate proposals on August 10, and asked them to submit new rates. The revised rate filings were then approved on September 1. These average approved rate increases all assume that CSR funding will continue in 2018:

The actual filings are quite clear about this: The "base" filing (which assumes CSR payments) was revised to 17.5%...while the unreimbursed (NO CSR payments) version stands at 15.8%. Very weird: 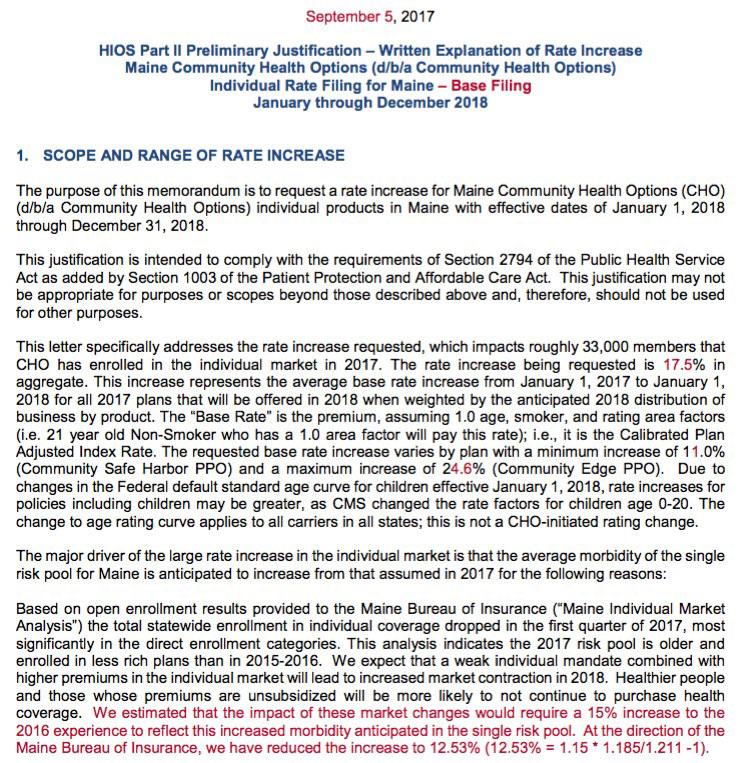 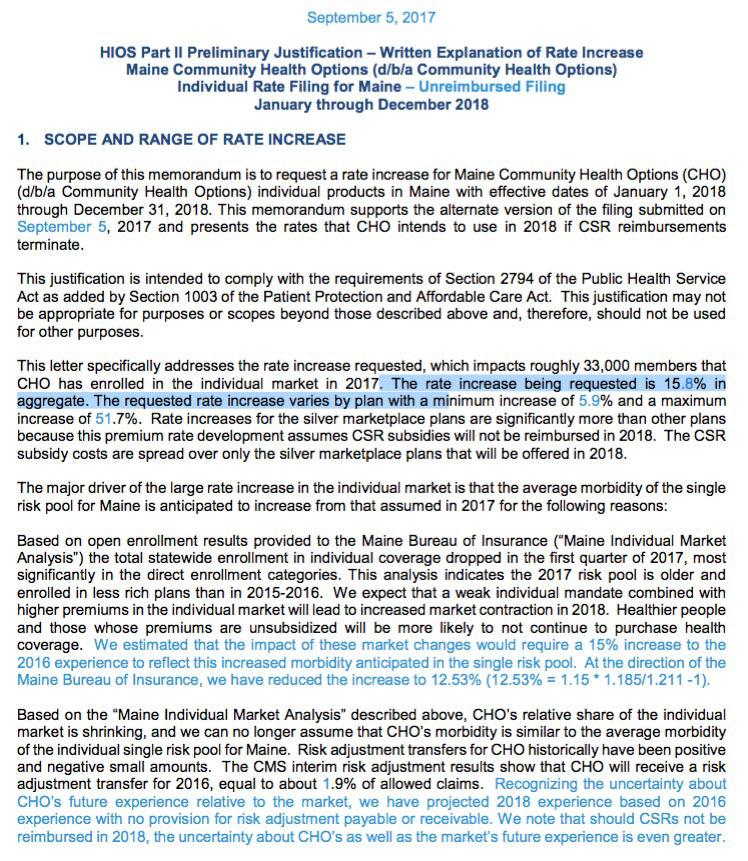