Minnesota, currently entering their second year of their official reinsurance waiver program to help keep unsubsidized premiums down, announced their preliminary 2019 rate hikes way back in June. At the time, the carriers were looking at roughly an 8% average reduction in rates next year...although they would be dropping prices by more like 15% if not for the ACA's individual mandate being repealed and the expansion of #ShortAssPlans.

Today the Minnesota Dept. of Commerce posted the approved 2019 premium changes, and there's been some dramatic reductionsfor three of the five carriers offering policies in the state. Group Health and Medica were approved as is, but Blue Plus was told to drop their rates a whopping 27.7% instead of the 11.8% they were planning on. Ucare was shaved down from a 7 point reduction to 10 points, and PreferredOne (which only sells individual market policies off-exchange and only has 300 enrollees anyway) was knocked down from a 3-point reduction to 11 points.

As a result, the approved statewide average rate change is a 12.4% reduction. While this is better than the prior 8% drop, it's important to note that this would have actually been an 18.9% drop if not for the individual mandate repeal & #ShortAssPlans sabotage factors.

As you can see in the screen shots below, several of the carriers laid out exactly how much #ACASabotage is causing rates to increase next year (or at least how much it's cancelling out the price reductions). Interestingly, PreferredOne claims they don't foresee any impact...but again, they only have 300 enrollees to begin with, so that's not even a rounding error.

For the other four carriers, I didn't see hard enrollment numbers in their filings, but the July MNsure Board of Directors Slide Deck breaks out the relative market share of each by percentage, which gives me a pretty good idea. PreferredOne isn't included since it's off-exchange only, but again, with just 300 enrollees it doesn't move the needle anyway.

The press release states that there's actually around 155,000 Minnesotans enrolled in individual market plans, so the table below is missing the roughly 1/3 of the folks who enroll off-exchange across the 4 main carriers. It's possible that the off-exchange relative market share is different from the on-exchange breakout, but unless it's radically different, these estimates should be pretty close:

Unsubsidized Minnesotans are paying an average of $534/month his year. Three of the carriers have pegged this year's sabotage factors at adding an average of around 6.5% to the total premium, so that's what I'm estimating the other two at as well. This means roughly a $35/month hit per enrollee, or over $400 more apiece next year due specifically to sabotage of the ACA by the Trump Administration and Congressional Republicans. 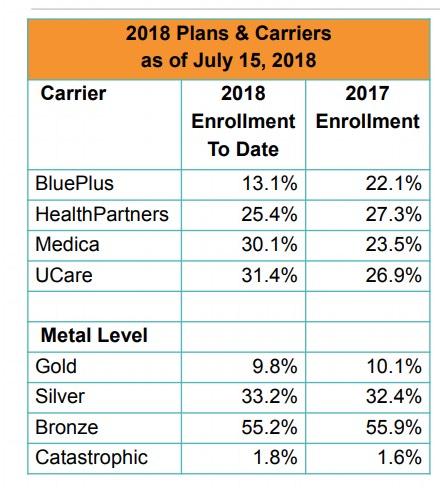 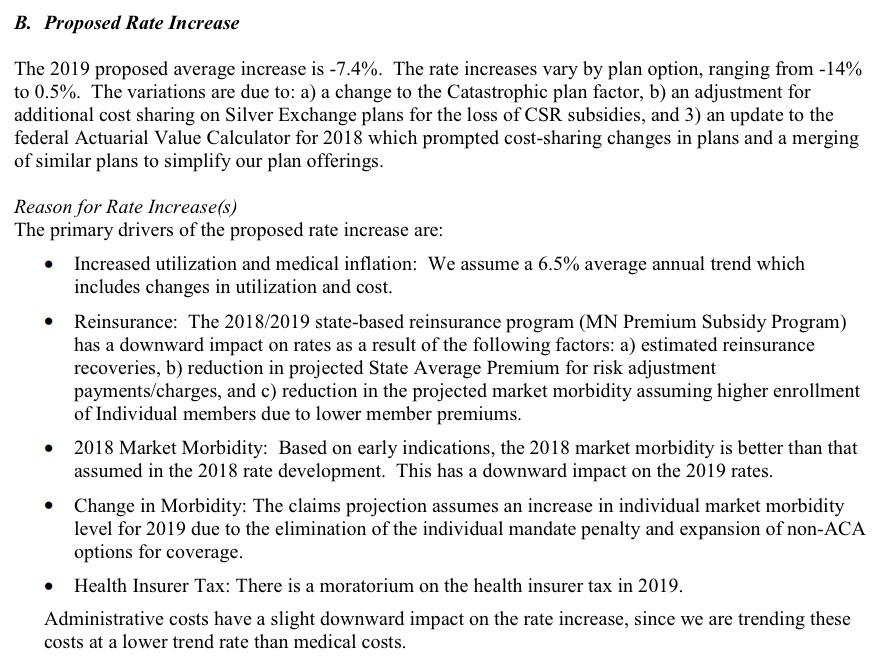 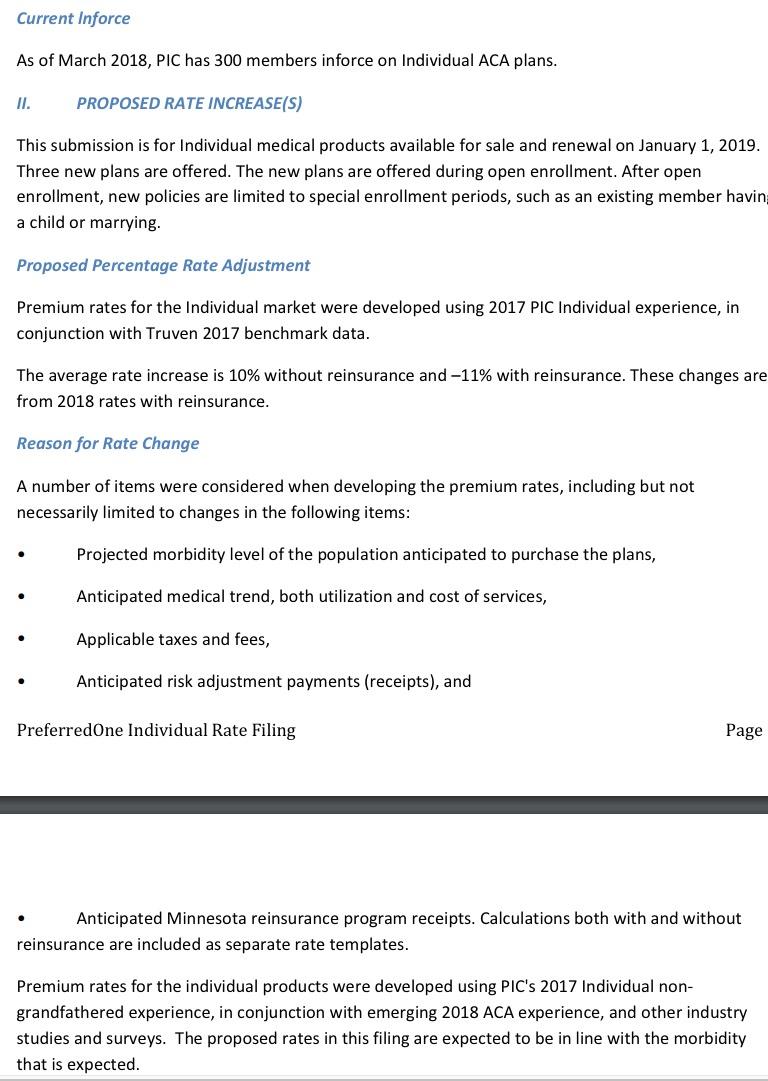 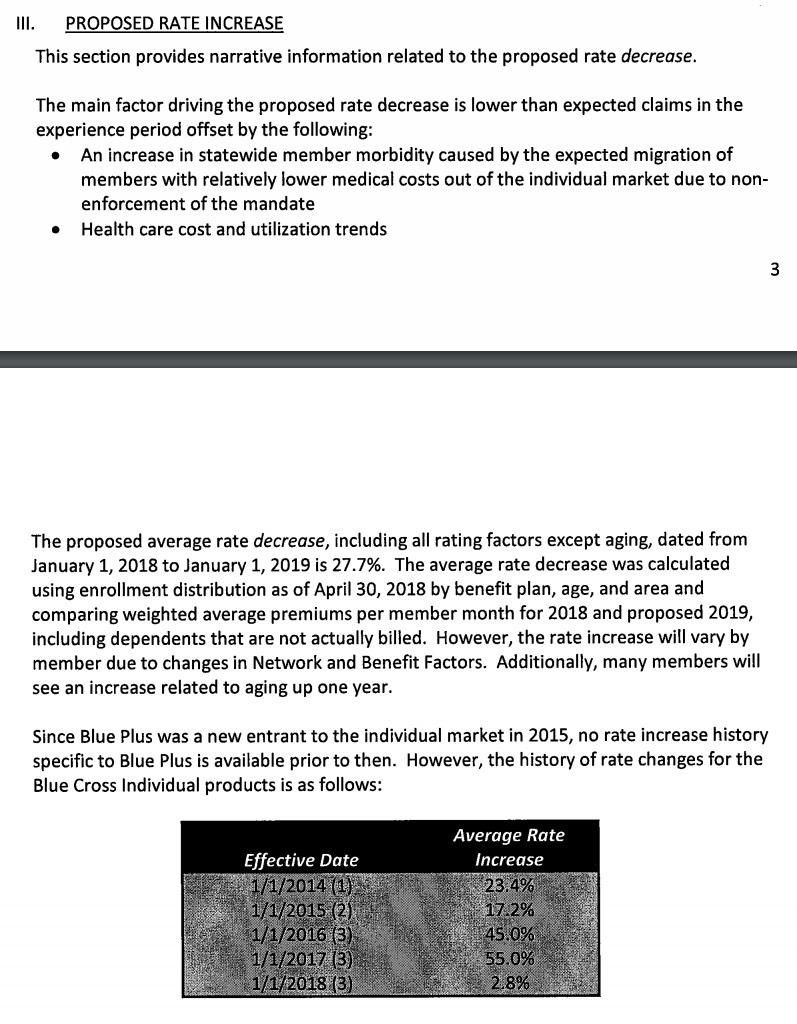 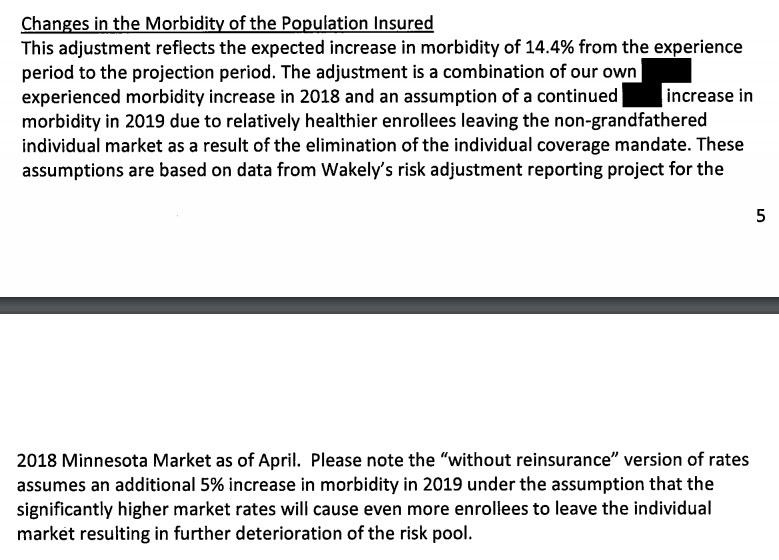 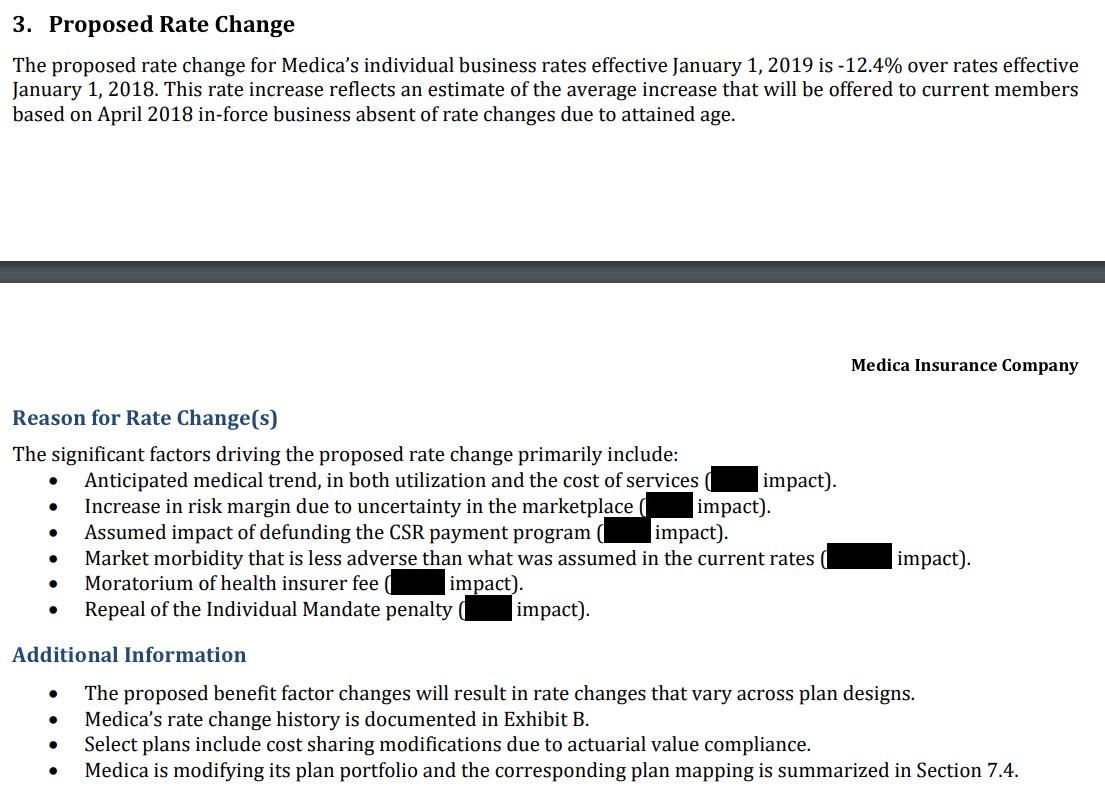