Yup. Last year some carriers bailed on the ACA market altogether, scared off by the insanity and blatant sabotage efforts of the Trump Administration. Most carriers, however, simply jacked their rates up 28% on average to account for Trump cutting off CSR reimbursement payments, slashing the open enrollment period in half, slashing the marketing budget by 90% and so on, and sallied forth regardless. For 2019, this strategy seems to be even more prevalent: Carriers have simply baked in the additional sabotage efforts (repeal of the individual mandate, expansion of #ShortAssPlans etc.) into their premiums but are otherwise sticking around or even expanding coverage, while some carriers which had been shying away are starting to dip their toes back into the water after all. 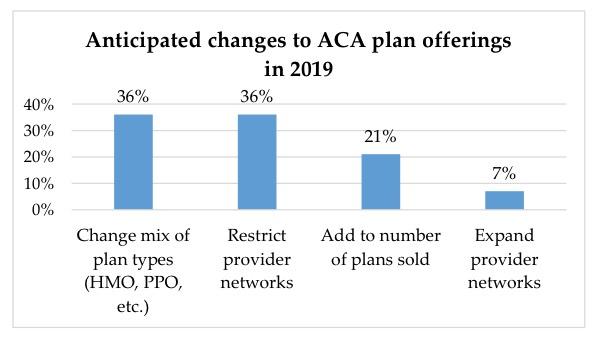 Yeah, one of the reasons 2019 premiums aren't increasing much in most states (and are even dropping in some) is because the carriers are simply making their networks skinnier/more restrictive instead. This is not a good development IMHO.

It's important to note that "54%" refers to the number of carriers who responded to the survey, not the number of people enrolled by those carriers, making this statistic somewhat useless. For all I know, the 54% who think the mandate being repealed won't reduce enrollment significantly are mostly tiny ones with only 5% of the market, while the other 46% who do say it's going to reduce enrollment significantly (or aren't sure) comprise the other 95%. Alternately, it could be the other way around (shrug)...

Well, yeah. I've been writing about that for months now. Nationally, 2019 premiums are expected to increase roughly 3.3% overall, ranging from as low as 13% reductions in Maryland and New Hampshire to as high as nearly 14% increases in Hawaii and Washington State (DC carriers also proposed rate hikes of 15%, but that was prior to the District reinstating the individual mandate penalty for 2019...I'm not sure if this happened in time to modify those rates or not).

The next item is a bit confusingly structured, however:

Among insurers planning to raise rates in 2019, 57 percent said there was no relationship between the repeal of the individual mandate in 2019 and their decision to increase premiums. Twenty-nine percent said the mandate’s repeal accounted for about 25 percent of their planned increase. Fourteen percent of insurers surveyed said the impact of the repeal accounted for all or nearly all of the planned increase in premiums. 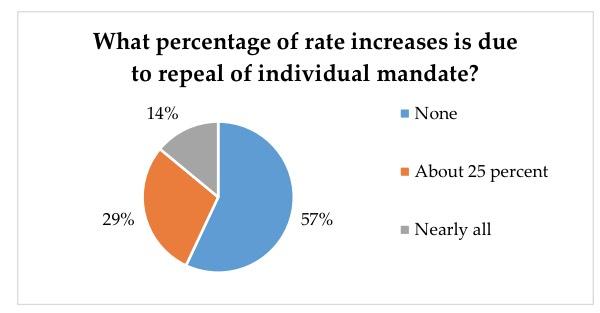 There are two problems with the chart above: First, it doesn't provide any context for the mandate repeal impact--that is, saying it's causing "nearly all" of a 2% increase means exactly the same as saying it's causing "25%" of an 8% increase. Secondly, it doesn't provide any context for how much of the impact is being cancelled out by other factors, such as overshooting their rates this year. Let's say a carrier lowers their rates 8% because they overestimated their expenses last fall but also raises them 8% to cover the mandate being repealed. That results in rates being flat year over year...so they could respond by saying that it's causing "none" of their 2019 rate increase, because there is no 2019 rate increase. Irritating.

Finally, regarding the "ass" part of #ShortAssPlans:

eHealth’s July, 2018 survey of insurance companies also included questions on short-term health insurance plans and the potential impact of the Trump administration’s decision to allow for the sale of short-term policies with coverage periods of up to one year. These findings were recently published in a separate report. 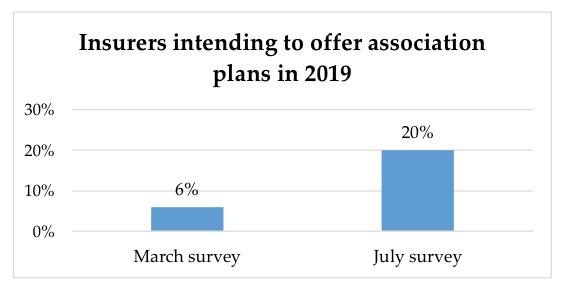 (sigh) And sure enough, here in Michigan "ass" plans were just announced by the Small Business Association of Michigan earlier today, which will no doubt hurt the ACA-compliant risk pool next year. The big unknown is how much of an impact it'll have...