Federal review of the rate filing information has not been finalized by the Department of Health & Human Services and is subject to change. Further information can be obtained from each insurance company, the Federal Government's website, OIR’s I-File Forms and  Rates Filing Search System, and OIR’s Federal Health Care Insurance Reform webpage.

Back in June, the FLOIR announced the 8.8% average requested rate increases. As you can see below, they shaved 3.6 percentage points off the statewide average. A few carriers were left with their requested rates intact, but most were cut down quite a bit--especially Cigna's off-exchange only individual market business, which was cut from a 30% hike to just 10%, and Molina, which was reduced from a 9.5% increase to a 1.5% decrease: 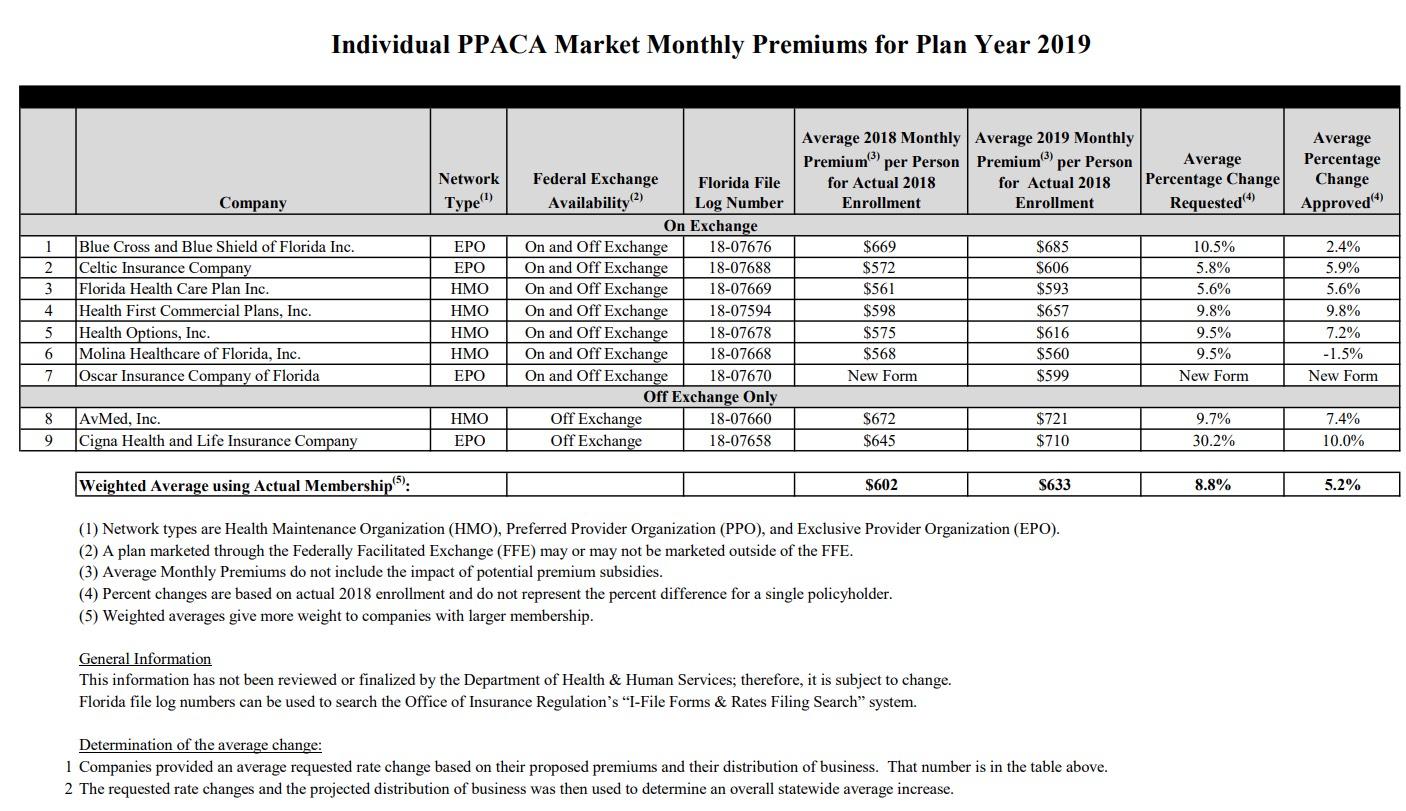 Of course, there's still the mandate repeal/short-term plan/association health plan expansion factor. As I noted in June, while the Urban Institute's 16.9% adverse selection impact is probably way too high, even knocking a full 1/3 off of it still gives roughly an 11.3 percentage point premium impact. That suggests that in the absence of these sabotage factors, Florida carriers would likely be reducing 2019 premiums by around 6%, give or take. That still works out to unsubsidized enrollees paying around $800 more apiece next year than they would otherwise have to (the table below doesn't inlcude the actual market share, but the main reason I need that is to determine the statewide weighted average, which FLOIR already provided anyway, so that's no big deal):

It's also worth noting that FLOIR's average 2018 premium ($602) is $14 higher than the $588/month that CMS claims. There's any number of reasons for this discrepancy, espcially since CMS's data is based on the enrollments as of the end of January as opposed to the actual average paid by effectuated enrollees for the first 7 months of the year, so there's nothing suspicious here. I'm using the $602 figure above, however. 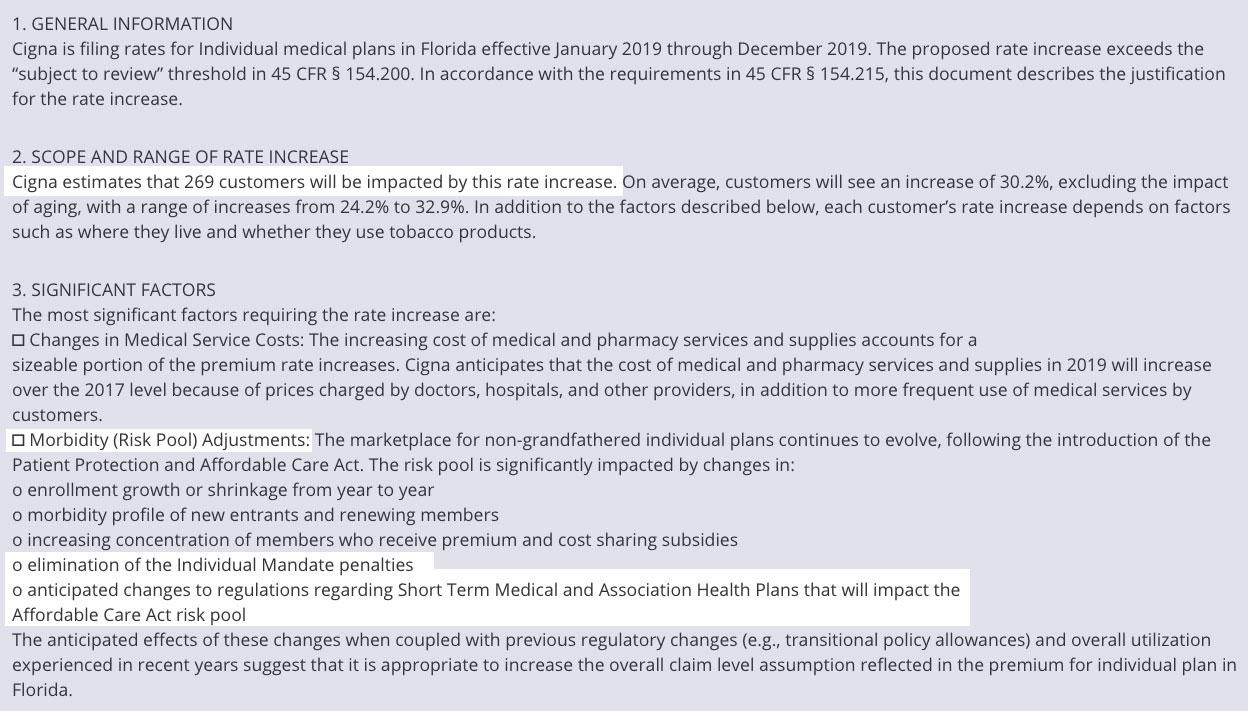 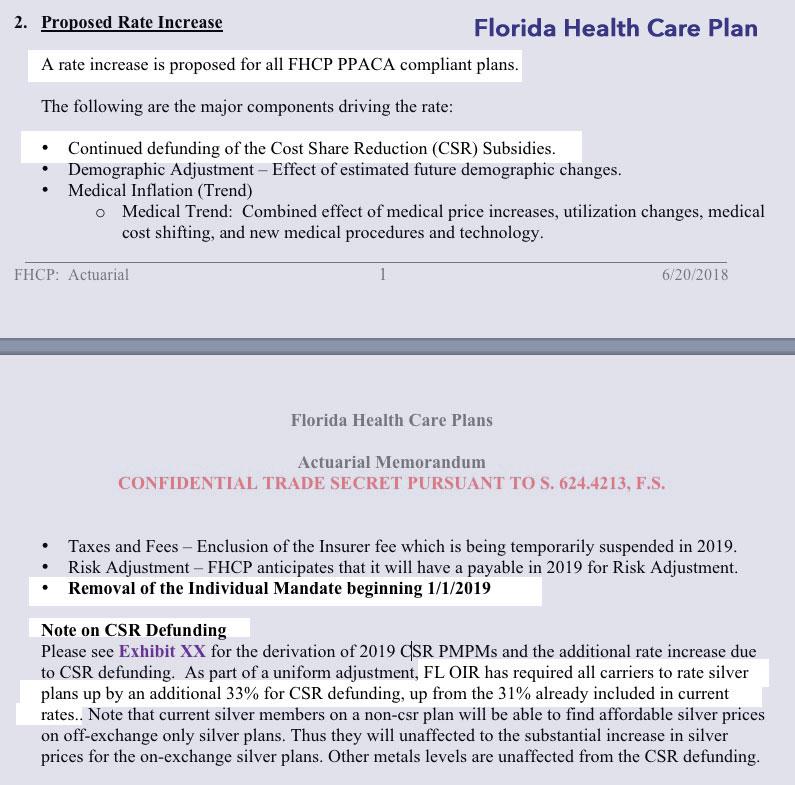 FLOIR also provided the small business rate increases, which are, interestingly, going up more on average than the individual market, which isn't something you see very often. In fact, Florida individual market plans are expected to only average around 14% more than small group plans next year. 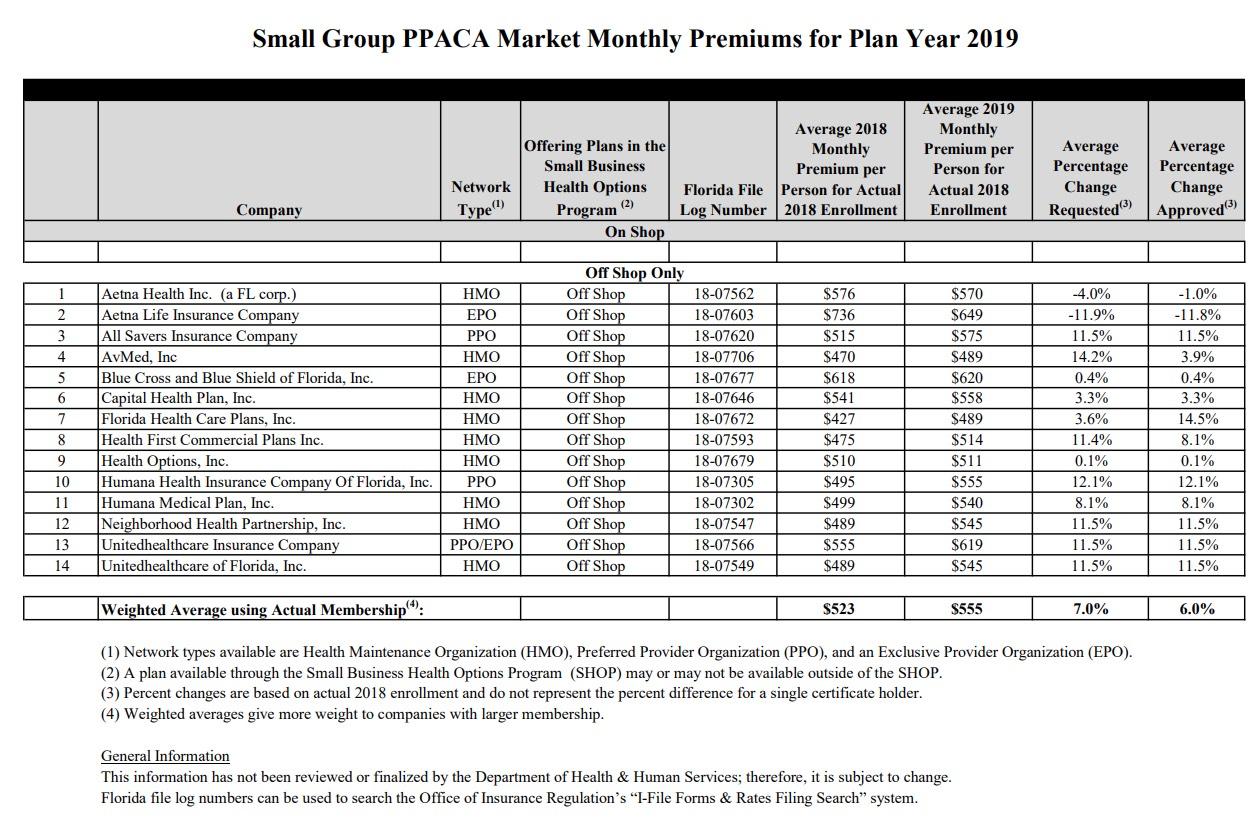