The tool can be used to track exits and entries, although so far there have been no exits—a stark contrast to last year. While final contracts are still several months away, evidence suggests that carrier interest in the ACA marketplace is definitely on the rise.

This should be a very handy tool for ACA data wonks like myself. They've only plugged in about a dozen states so far, but it's definitely promising. For instance, I've posted screen shots from my home state of Michigan below. As RWJF notes, the data is preliminary and incomplete, and I assume they'll be tweaking the layout a bit more, but overall this is a godsend to a lot of health wonks. 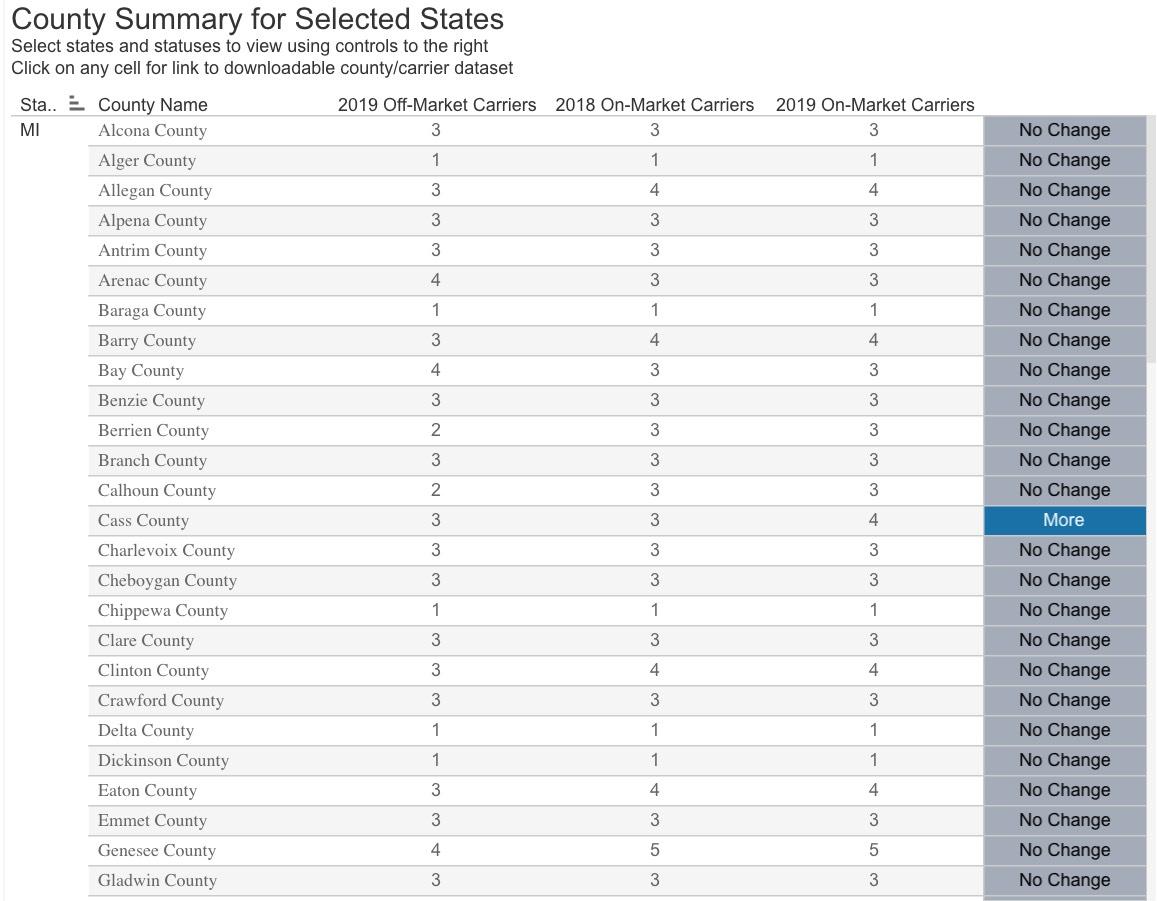 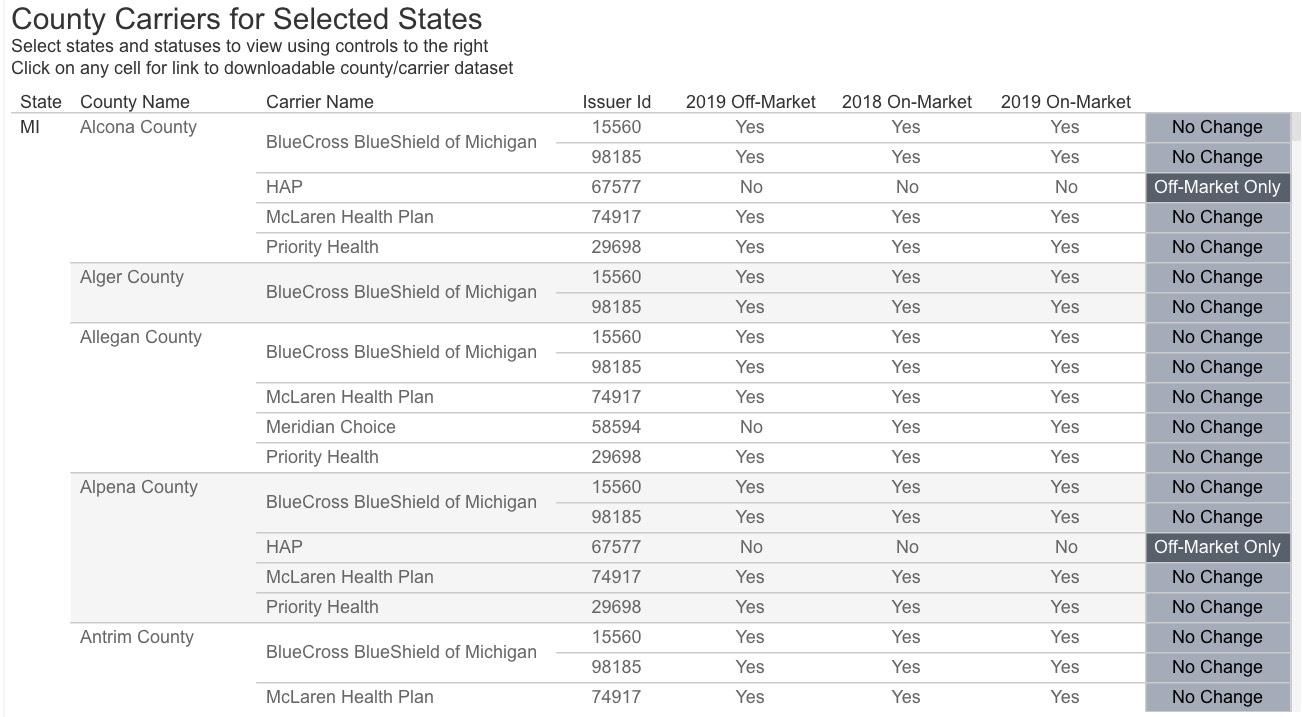