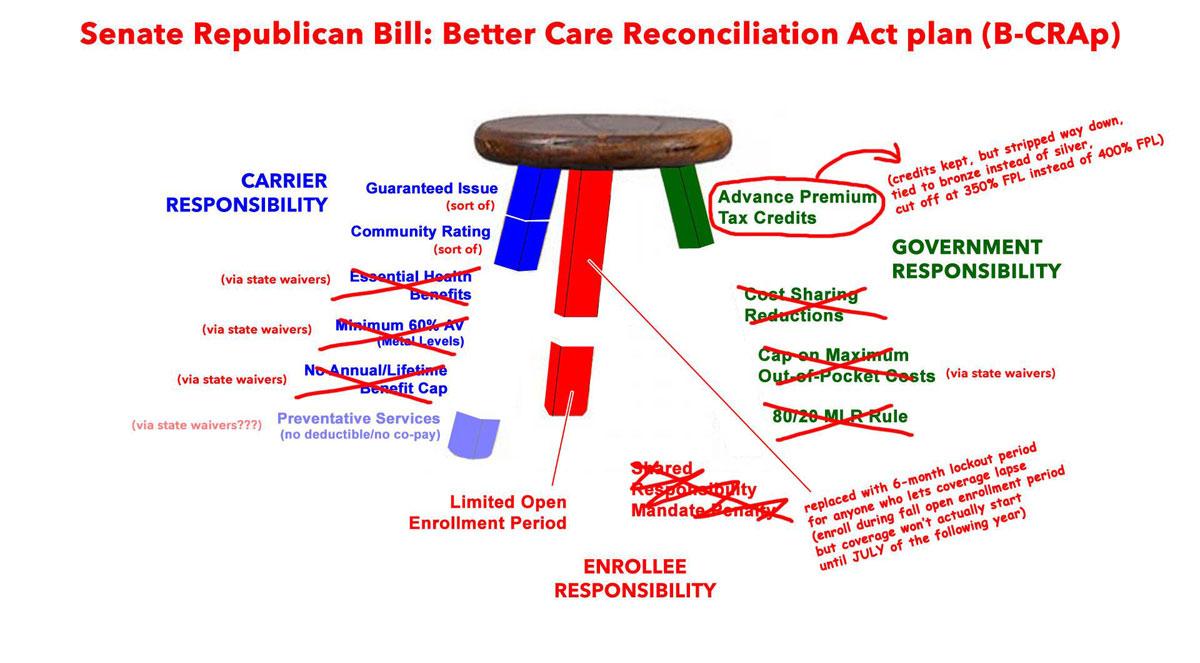 Technically speaking it would have "maintained" both Guaranteed Issue and Community Rating regulations for healthcare policies...but it also would have allowed individual states to strip away the essential health benefit requirements of the ACA, the minimum 60% actuarial value requirement, the removal of annual and/or lifetime limits on coverage, and (I believe) the free preventative services mandated by the ACA via waiver submissions which were virtually guaranteed to be approved and would be locked in for years after approval regardless of changes to state governmental control.

Requiring "coverage" of people with pre-existing conditions is utterly meaningless if the policies in question don't have to actually cover the conditions those people need coverage for.

Meanwhile, House Republicans had earlier voted on and passed a very similar bill (the American Health Care Act, or AHCA), which would have done pretty much the same thing: 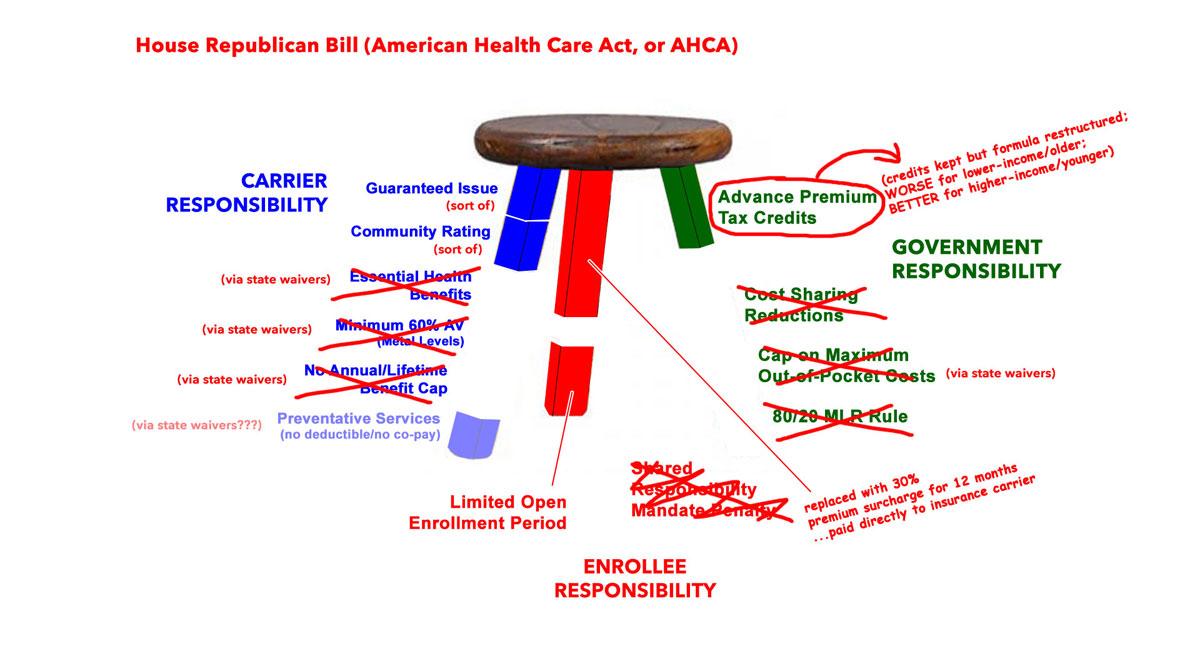 Furthermore, both the AHCA and BCRAP included a REPLACEMENT for the ACA's Individual Mandate.

The AHCA would have allowed people to go without continuous coverage, but if they did so and wanted to enroll in a policy later on, they'd be charged an additional 30% surcharge on top of whatever the policy would normally cost for a solid year (and that money, disturbingly, wouldn't be paid in taxes but instead would go directly into the insurance carrier's pocket, which I'm not even sure would be logistically feasible).

Meanwhile, BCRAP would have replaced the ACA's mandate penalty with a 6-month lockout period. That means that if you enrolled in, say, November 2018 for a policy which started coverage on January 1st, 2019, you'd have to wait 6 months for your coverage to actually kick in (July 1st, 2019)...and I believe you'd still have to pay for those six months as well.

Now, you can argue about whether or not either of these "negative inducements" to get people to enroll would be more or less reasonable, or more or less effective, than the ACA's mandate penalty ($695/adult and $348/child or 2.5% of your household income), but the fact remains that both Mitch McConnell and Paul Ryan knew damned well that ripping away the Red Leg of the ACA without replacing it with some type of "stick" to counterbalance the "carrot" (financial subsidies/etc.) would be disastrous.

In the end, they decided to rip away the Red Leg anyway, knowing full well it would lead to a mess. I don't know for certain that they knew the #TexasFoldEm lawsuit was in the works when they repealed the mandate, but I wouldn't be at all surprised if they not only knew but helped coordinate it.

Furthermore, as Topher Spiro of the Center for American Progress noted:

If this were true, McConnell could put legislation on the floor tomorrow that would override any court decision. (It's not.) https://t.co/gMqB6jRB4t