When are carriers in YOUR state supposed to submit their 2019 ACA premium rate changes?

So what's the deal with the other 46 states (+DC)? Well, Louise Norris has sent me the link for this handy 2019 Submission Deadline table from SERFF (the System for Electronic Rates & Forms Filing, a database maintained by the National Association of Insurance Commissioners).

However, it's a bit overly cumbersome for my purposes: It stretches out over 6 full pages, and includes columns for Standalone Dental Plans as well as a bunch of info regarding the Small Group Market. I did used to try tracking Small Group rates as well, but that got to be too difficult to keep up with, and I haven't really done much analysis of standalone dental plans at all. Let's face it: About 90% of the drama, controversy and confusion regarding ACA premiums is all about the individual market.

To that end, I've cleaned up/simplified the 2019 Submission Deadline table considerably to only include the individual market dates. I've also separated out the "Form" and "Rate" deadlines, along with a few other oddball tweaks.

I'll be perfectly honest: I'm not quite sure what the distinction is between the "Form/Rate Filings" and the "Binder Deadlines", but the dates tend to match up pretty closely in all 4 cases, so I've included all 4 below.

I've color-coded the 4 states which have already submitted their preliminary 2019 rates, and have also added a green highlight to the states which, according to this document, are supposed to have already done so as of today (May 29th). Needless to say, the deadlines provided by SERFF appear to be more "guidelines" than actual "deadlines", seeing how the rate filings don't appear to be publicly available in most of those states yet (there are 11 states where the "Rate Filing Deadline" has come and gone but only the 4 I've mentioned had them available as of this writing).

UPDATE: Sure enough, I just received direct confirmation from a major insurance carrier who shall remain nameless:

I was just curious as to whether the dates they list have any actual connection to reality…in some states they do seem to match up with the public availability of the filings, but in others they don’t...are they just guidelines, or are those the dates when the filings have to be sent to the *insurance dept*, but not necessarily made public? Thanks!

You're correct: The filing dates/deadlines...don't necessarily correlate with the dates when the rates are made public. 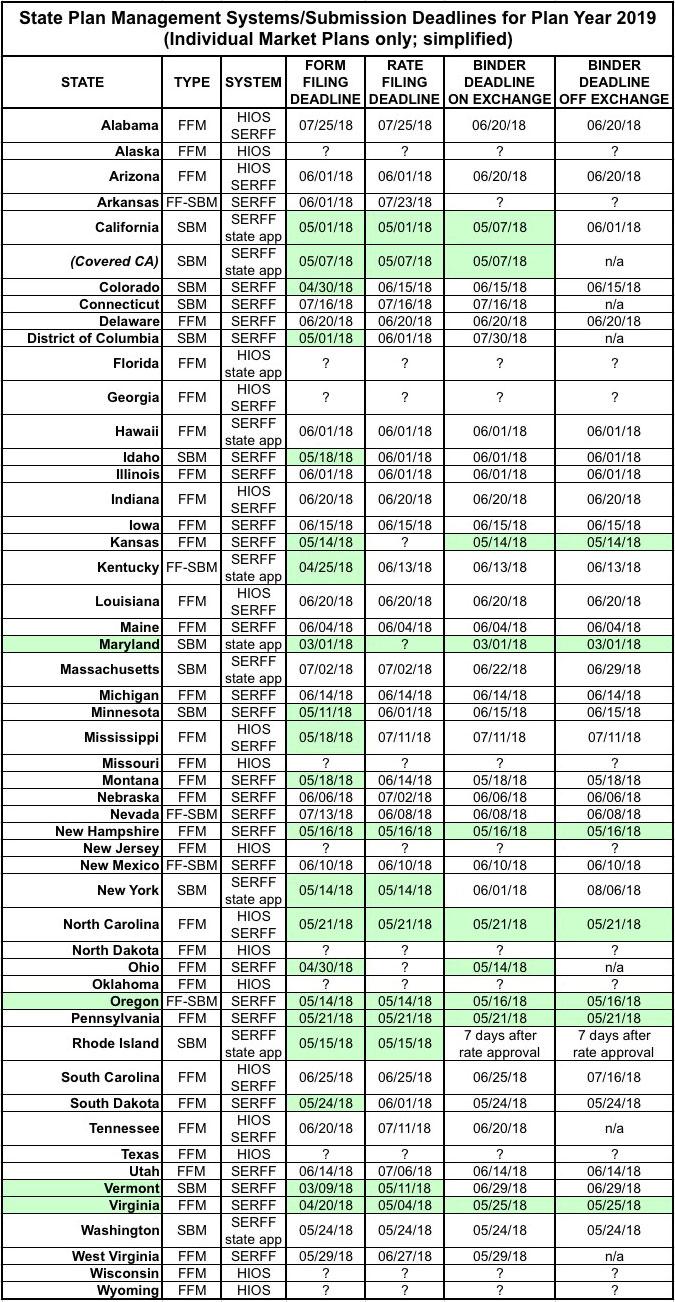