A huge shout-out to Jesse O'Brien for the heads up on this (as well as for posting some of the actual filing data).

Oregon just became the 4th state to submit their preliminary 2019 ACA individual market rate filings, and while the expected increase is smaller than expected on average (in part due to Oregon's strict control of short-term plans), repeal of the individual mandate by Congressional Republicans and Donald Trump are still responsible for the vast majority of the rate increase.

In addition, as I noted back in February, Trump's HHS Dept. has decided to raise the carrier exchange fee for Oregon to piggyback on HealthCare.Gov from 2.0% of all policy premiums to 3.0%, which accounts for exactly 1 point of the 10.5% total average rate increase. This is one of the main reasons why Oregon is seriously considering dropping off the federal HC.gov platform and giving starting up their own exchange platform a second shot (note that Nevada has already committed to doing so starting in 2020).

In any event, as far as I can tell, Oregon carriers are asking for an average 10.5% rate hike next year...which doesn't sound too bad, until you consider that the bulk of it is being caused by the mandate repeal + exchange fee increase.

It's worth noting that a couple of the carriers are assuming the mandate penalty repeal will only cause a minor worsening of their risk pool...but others are pretty sure it's gonna make things "significantly" worse. It's all over the map, really.

Assuming the Urban Institute's estimate of a ~9.1% rate hike due to mandate repeal is accurate, that suggests the average increase would only be around 1.4% otherwise. 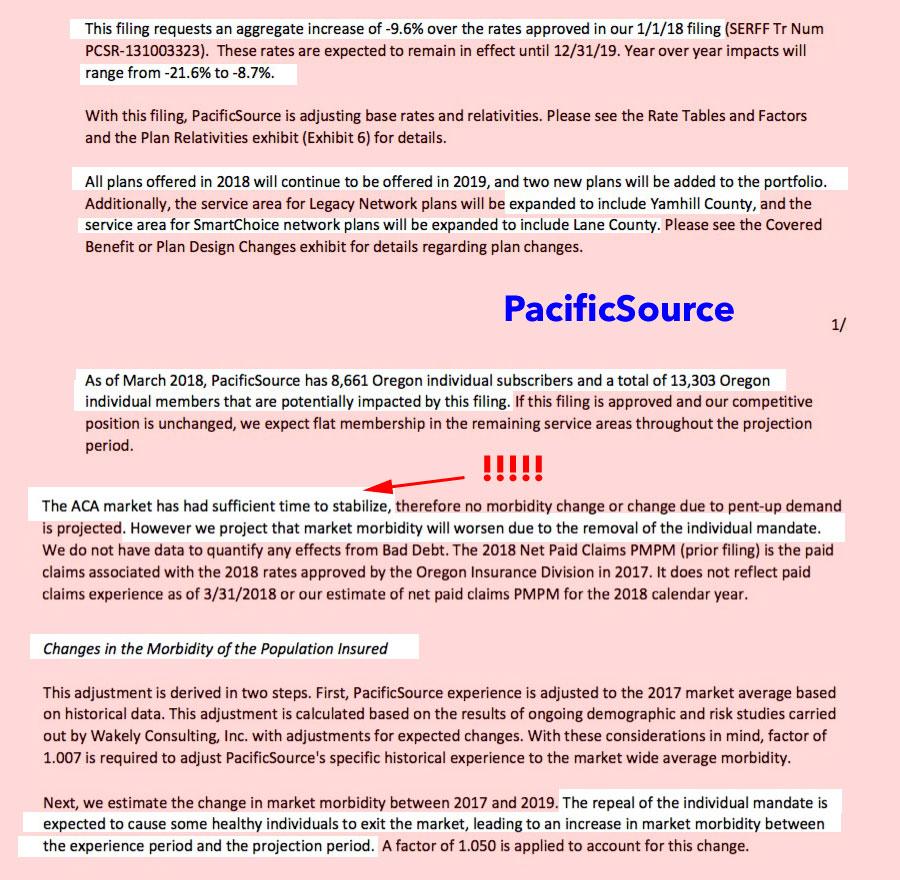 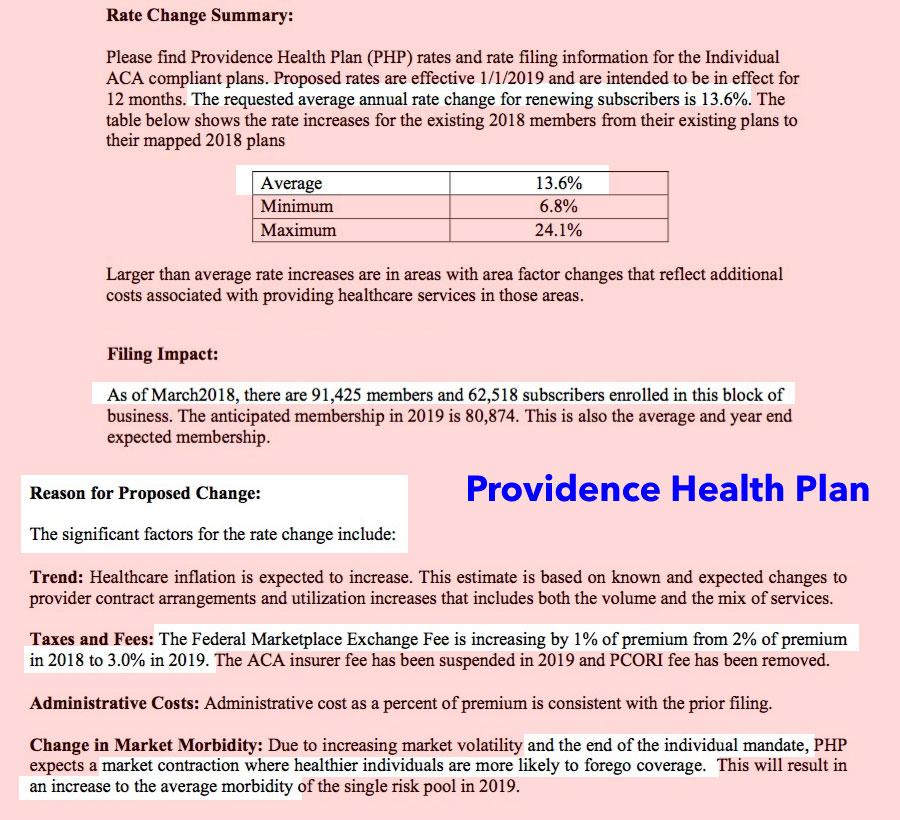 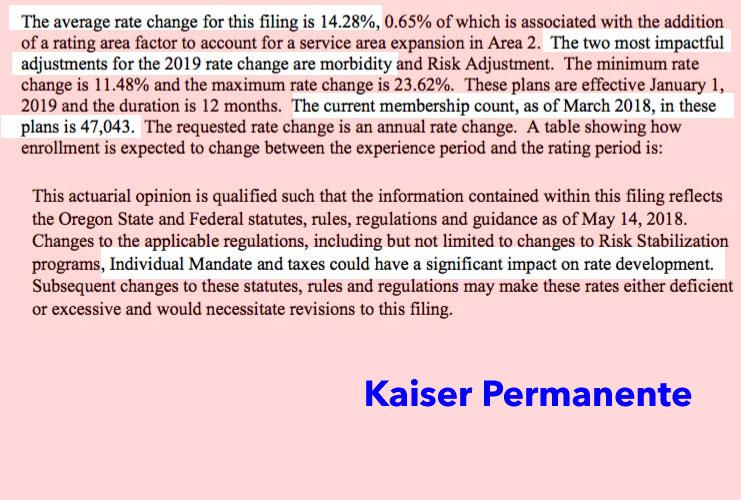 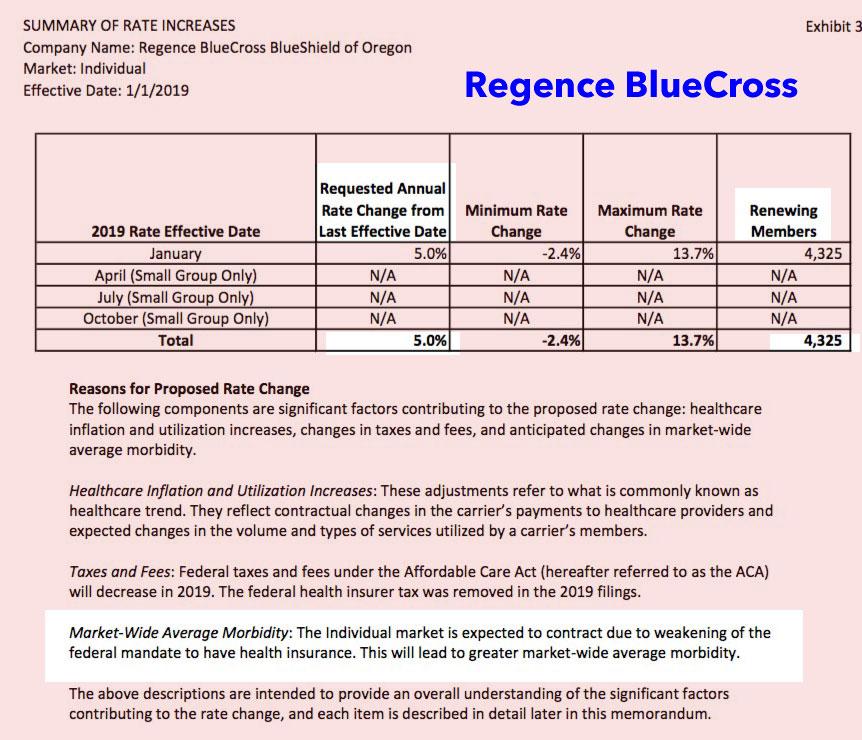 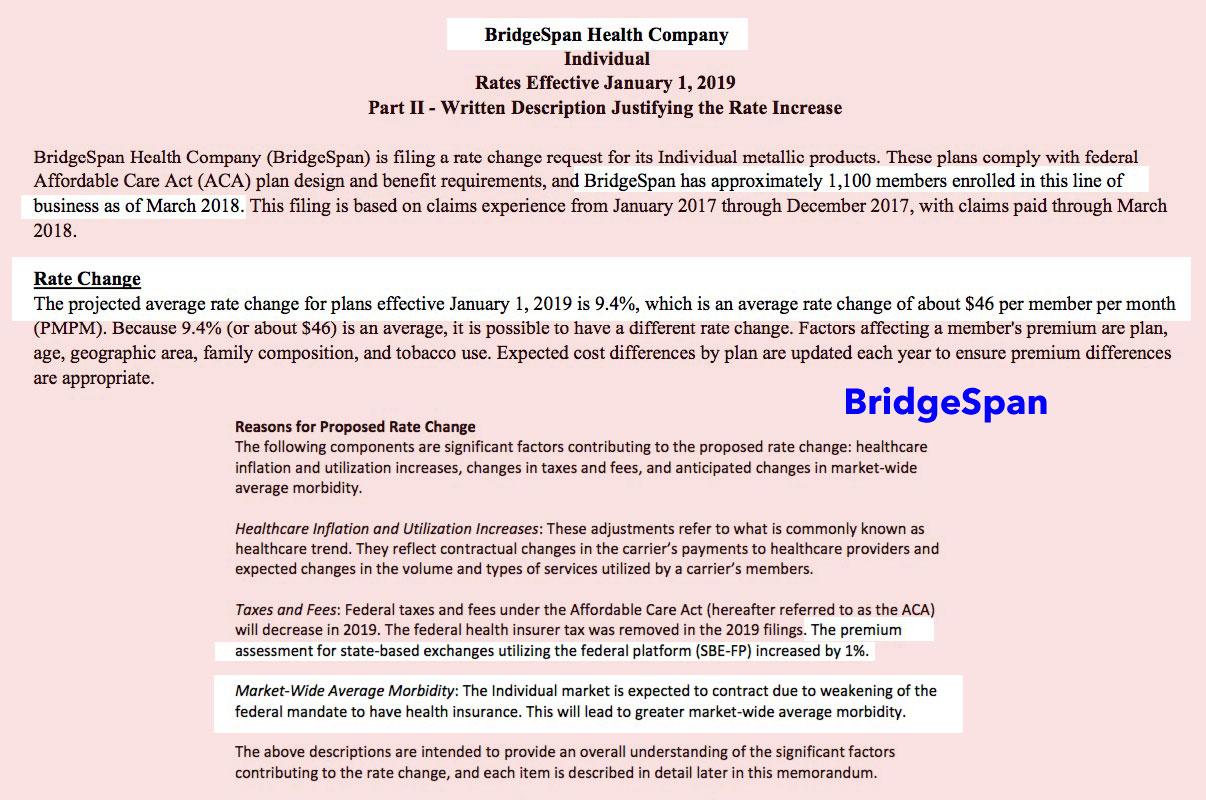 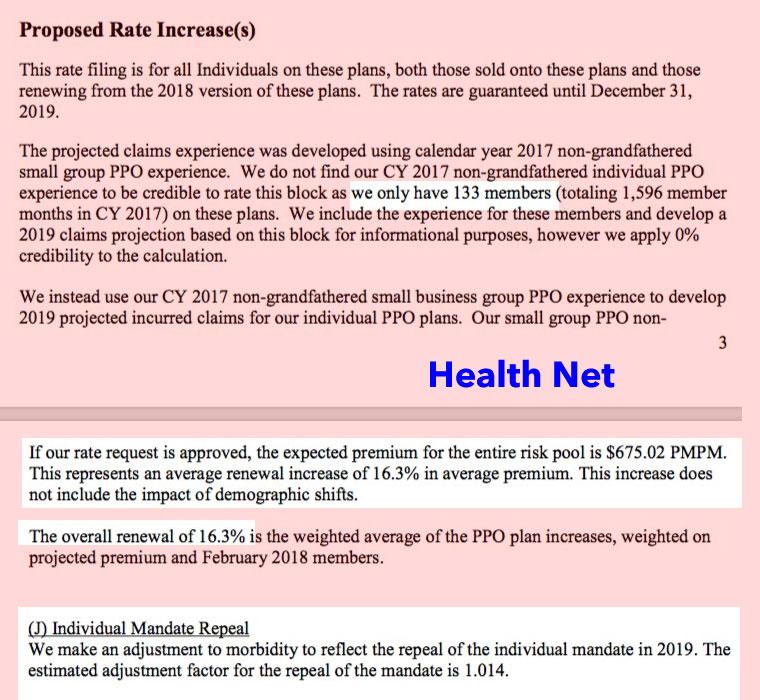 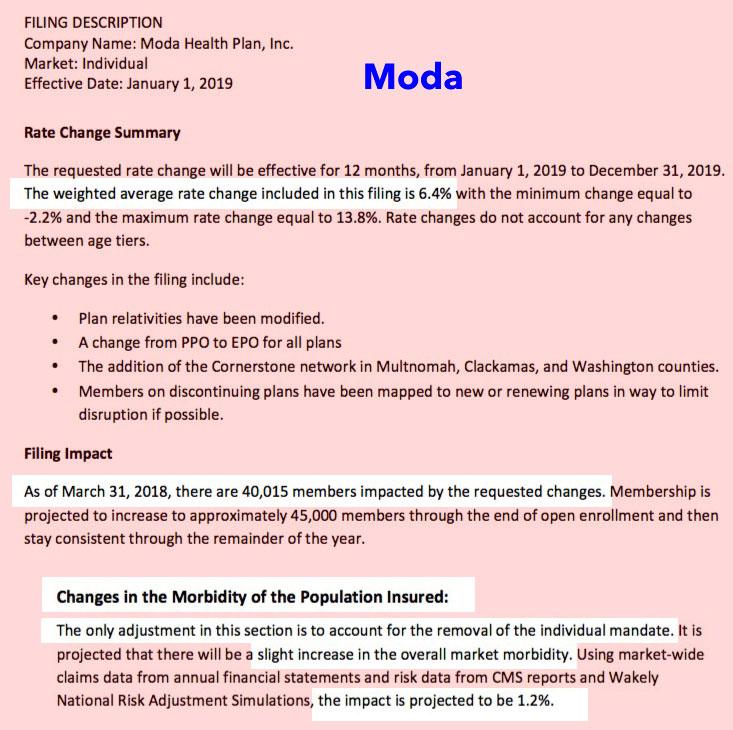