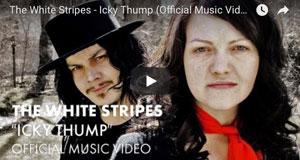 (sigh) They. Will. Never. Let. It. Go. Via Kimberly Leonard of the Washington Examiner:

The Improving Choices in Health Care Coverage Act would allow people to stay on less expensive, short-term medical plans for as long as 364 days and allow them to renew for subsequent years.

Yes, that's right: "Improving Choices in Health Care Coverage Act", or ICHCCA. I'm going with #IckyJunkPlan instead, it rolls off the tongue better.

In other words, this would codify Donald Trump's executive order into federal law. It might even trump (no pun intended) state laws against #ShortAssPlans, although perhaps not.

The short-term plans offer fewer medical services than Obamacare plans that are bought in the exchanges, meaning that they can exclude mental health or maternity services. They also can deny coverage to a person with a pre-existing illness or charge them more. Critics have said healthier people will leave the Obamacare exchanges in favor of these plans and have warned that they will offer inadequate protection for consumers.

It's actually worse, in a way:

...Barrasso’s bill goes further than the Trump administration's planned actions because it would allow a change the law, which would limit future administrative actions. It would guarantee that the plans can be renewed, which means that people could automatically stay in their plan without reapplying and wouldn't be dropped from coverage after getting sick.

On the face of it, this appears to be a good thing...but Barrasso isn't including this to be a nice guy. The whole idea here is to completely hijack Short-Term Plans, which do serve a useful purpose for certain people in certain temporary situation, into nothing more than full-year non-ACA compliant junk policies.

The net result of this would be, again, to completely negate the whole point of requiring comprehensive, no-strings-attached ACA-compliant policies in the first place: ACA exchanges would become nothing more than a high risk pool, while everyone over 400% of the federal poverty line would be relegated to a wild west of gambling on junk plans and personal bankruptcy if they actually get sick.