The ACA has already survived one government shutdown. It'll survive this one as well. 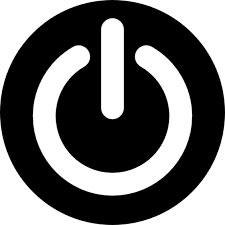 The United States federal government shut down for the first 17 days of October 2013 because Ted Cruz and other Congressional Republicans, furious about the Affordable Care Act surviving everything they had thrown at it over the preceeding 3-4 years, thought that pulling the plug would torpedo the launch of the ACA's first Open Enrollment Period.

Unfortunately for them, that simply wasn't in the cards:

Rather, any defunding would be temporary, because of a government shutdown. On the day the exchanges were due to open, much of the federal government would go offline, including a big portion of the Health and Human Services Department that is running the coverage expansion. But legislative inaction cannot gut Obamacare in the way that legislative action could. During a shutdown, implementation would “substantially” continue.

That’s according to a Congressional Research Service report prepared for Senator Tom Coburn, an Oklahoma Republican. In no small part, the reason is that much of the Affordable Care Act’s financing comes from mandatory spending, rather than discretionary spending, and a continuing resolution concerns only the latter. Moreover, some of the law’s money comes from multiyear or “no-year” discretionary funds that do not get wrapped up in the continuing-resolution process either. The Health and Human Services Department says its reform implementation fund would not get touched by a lapse in appropriations.

Ironically, the launch of the ACA exchanges was nearly torpedoed anyway...due to the massive technical problems with HealthCare.Gov when it first launched. Funding for operating the website, as well as the call centers, tax credits, Medicaid expansion funds and so forth were never touched as far as I know, however.

Even more ironically, media coverage of the disastrous launch was partly mitigated by the GOP government shutdown. Things would probably have worked out better for Cruz if he'd just kept his big mouth shut in the first place, since 100% of the media focus would have instead been on the technical problems instead of being split between the two stories. Of course the GOP still ended up taking over the Senate the following year, so perhaps it's a moot point.

OK, so what about this time around? Well according to Axios' Caitlain Owens (via email), it's the same scenario for the ACA...although the 9 million low-income children enrolled in the CHIP program, of course, are royally screwed:

What a shutdown would mean for health care, per Axios’ Caitlin Owens:

Another important consideration: What happens to the federal agencies in charge of public health? STAT answered this question in a very smart piece earlier this week.

The bottom line: Washington is caught up trying to decide which party would take the political blame for a shutdown. In the meantime, though, it would have very real consequences for important programs that hardly anyone actually wants to see frozen.