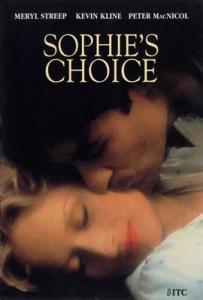 (Note: In my original tweet on this, I misstated the number of Dreamers as 800K; turns out it's a bit under 700K, apologies for my mistake)

In this corner: Over 690,000 young people who were brought the the United States as children who are now facing deportation if the Deferred Action for Childhood Arrivals (DACA) program isn't codified into law by Congress no later than March 5th (although it's actually not that simple--850 are losing their DACA protection every week already).

In the other corner: Around 9 million children enrolled for part or all of the year in the Children's Health Insurance Program (CHIP) who are on the verge of being kicked off the program if it isn't funded by Congress in the immediate future. It's officially funded through the end of March, but again, it's more complicated than that--21 states will still run out of CHIP funding as soon as the end of February, and some could lose funding as early as January 19th, the same date as the federal budget appropriation deadline.

Both of these should be no-brainers. CHIP has long had strong bipartisan support, and the CBO has concluded that funding it for five years would only cost a pittance (by federal budget standards), while funding it for ten years would actually save the federal government $6 billion.

Meanwhile, 70% of the public supports making the DACA bill into law, which would cost nothing whatsoever, since it would simply be codifying existing policy anyway.

So will Senate Democrats give Republicans a short-term CR just to get CHIP when Trump is clearly posturing against DACA?

I don’t know, but that’s only one piece of the shutdown calculus.

So many ways a CR falls apart. https://t.co/GnSRAkmaMl

Chuck Schumer knows a united stand against (basically) a clean CR with (maybe) a caps deal and (likely) CHIP will be tough.

But that’s assuming they can even *get* a bill to the Senate. And Trump is making it easier with every tweet and closed-door comment.

With the January 19th deadline coming up just 4 days from now, either a Continuing Resolution or a full budget will be necessary to keep the federal government up and running.

It's my understanding that a 5 or even 6-year CHIP funding deal has finally been arranged for.

There's also been an acceptable, bipartisan DACA deal arranged for.

In theory, again, they should be able to include both, fund CHIP for at least 5 years, codify DACA, keep the government open and move on to the next order of business.

Instead, Trump has apparently now decided that DACA is dead because people rightly criticized him for being a racist piece of garbage.

If my understanding of the situation is correct (and it's entirely possible that I have this wrong), given the timing of the budget appropriation deadline, CHIP funding running out and the DACA deadline, it sounds like Trump and the GOP are now attempting to force the Democrats into the following choices:

I suppose it's also conceivable that the Continuing Resolution would only run through, say, the end of February, thus locking in CHIP for 5 years while still allowing one more week to add DACA to the agenda...but the general sense I'm getting is that this wouldn't really be feasible.

In that sense, it's not quite "Sophie's Choice" since it's not really an either/or situation, I suppose; at the moment it appears that DACA is off the table either way. Still, the point is that the GOP is hoping to pin blame for either DACA failing (which is insane) or the government shutting down (which is even more insane) on the Dems.

Of course, the GOP and Trump also have two choices:

My advice to the Dems? Don't negotiate with terrorists. If the federal government shuts down it will fall 100% onto the GOP's heads. They control the House, the Senate and the White House. Both CHIP and DACA are extremely sensible, non-controversial bills for the vast majority of the public and neither would cost much of anything. There's every reason to pass/sign both of them and zero reason not to do so in the absence of some other poison pill being baked into the bill, which I don't believe is the case anymore.

If Donald Trump really wants to shut down the U.S. federal government while kicking 9 million kids off their healthcare coverage and deporting nearly 700,000 residents, and the GOP wants to let him do so...that's completely on them and them alone at this point. The Dems have done everything in their power to prevent it.

UPDATE: Sure enough, here's the Continuing Resolution deal that's supposedly on the table:

CHIP is an amazingly good program and should really be funded permanently...or at the very least for a full ten years, since that would save $6 billion according to the CBO. However, you know, six years would be fine as well.

Delaying the ACA's Cadillac tax makes my eyes roll, because that particular tax will never actually be charged anyway, regardless of which party is in control. The Dems pissed off a lot of their union base by including it in the ACA in the first place, while Republicans obviously can't stand taxes in general, which is why the Cadillac tax has already been kicked down the road this long to begin with.

Delaying the medical device tax kind of surprised me because I kind of thought it had already been repealed at some point last year anyway. Now that I think of it, repealing the device tax was included in at least one of the GOP's repeal/replace plans, but none of them ever passed so I guess it's still around after all.

Scrapping the Health Insurance Carrier tax (roughly 2.5% of all premiums across the individual/sm. group and lg. group markets) for a year doesn't really bother me much either, if only because it's a rather awkwardly-structured tax, especially as it applies to the individual market--basically, you're being charged an extra 2-3%, and that money is then used to help fund the APTC tax credits...and since the 2-3% is tacked onto indy market premiums, that means it goes right back to the most of the very same people who were just charged that 2-3%. It's kind of a strange closed loop situation. The Carrier Tax was charged in 2014 and 2015, wasn't charged in 2016 and 2017, is being charged for 2018, and under this proposal wouldn't be charged again in 2019, which has to be giving heartburn to the actuaries and accountants at the insurance carriers.

Of course, all of this is academic. Without DACA being part of the deal, the Dems will rightly tell the GOP to go pound sand.