An Important Message from Laura Packard and myself! 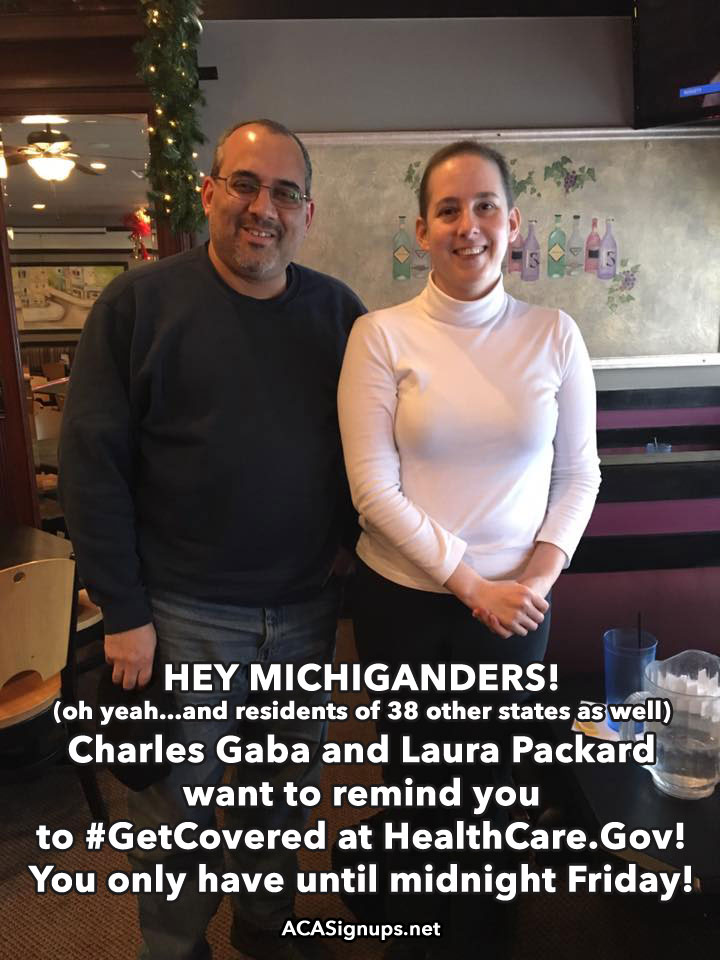 Many of you have heard the story of Laura Packard, a young woman who was diagnosed with stage 4 Hodgkin’s disease last spring, and who has since become a powerful advocate for the Affordable Care Act, writing op-ed pieces for US News & World Report. recording videos for NowThis and so forth.

What you probably don’t know is that Laura Packard is also a personal friend of mine. She lives in Nevada these days but grew up here in Michigan. I’ve known Laura for over a decade; I believe we first met at a Michigan Democratic Party convention at Cobo Hall in Detroit back in 2006 or so. She’s awesome.

Anyway, Laura has completed her chemotherapy sessions and is doing much better these days (at least for the time being). She’s in town this week, so we got together for lunch the other day and decided to post a quick reminder to #GetCovered!

Residents of 41 states only have until midnight Friday, December 15th to enroll. This includes the 39 states run via HealthCare.Gov, as well as Idaho and Vermont.

IMPORTANT: In prior years, HC.gov offered at least a one or two day “grace period” for people who started—but didn’t complete—the policy enrollment process before midnight on the final deadline. This year it looks like they won’t be doing that:

CMS Expected To Eliminate Grace Periods For ‘In-Line’ Enrollees Shut Out By Healthcare.Gov

Stakeholders expect CMS to shut out potential enrollees attempting to register for a plan on healthcare.gov as the clock strikes midnight on Dec. 15 and not afford them a grace period for sign-ups as the agency has done in years past -- and the agency wouldn't deny that might be the casewhen asked about it by Inside Health Policy . The 2018 enrollment period, which the Trump administration shortened by half compared to previous years, ends Friday (Dec. 15)...

The other 9 states (+DC) have later deadlines:

I know that Idaho is offering a one-week “In Line By Midnight” grace period; I’m not sure about Vermont or the other states with longer deadlines, though I’m guessing most of them will do so. 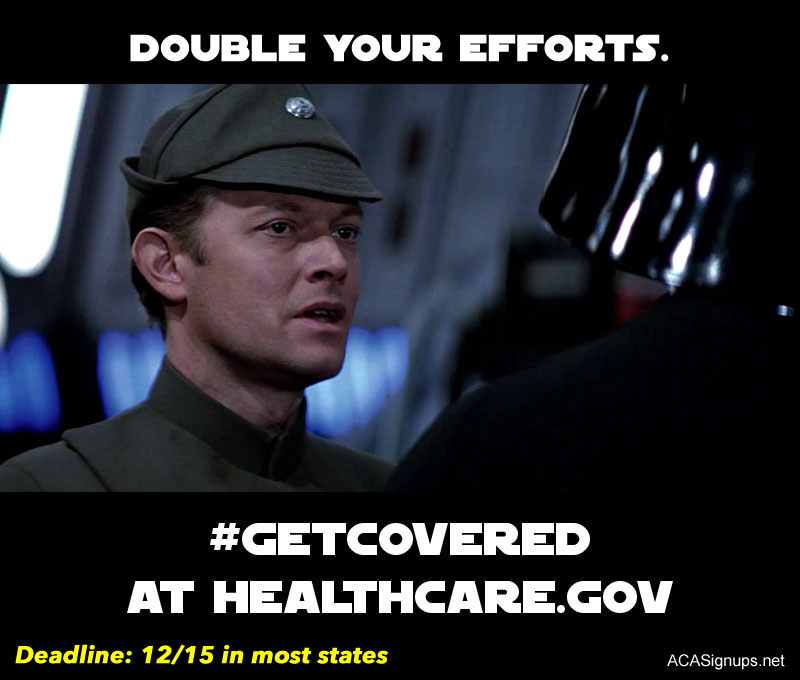