Q: Who replaces Price if he's out? (UPDATE: THE PRICE IS NOW WRIGHT)

HE'S OUT. SEE UPDATE AT BOTTOM.

So this morning I read this story at Politico by Dan Diamond and Rachana Pardhan:

Health and Human Services Secretary Tom Price took a government-funded private jet in August to get to St. Simons Island, an exclusive Georgia resort where he and his wife own land, a day and a half before he addressed a group of local doctors at a medical conference that he and his wife have long attended.

The St. Simons Island trip was one of two taxpayer-funded flights on private jets in which Price traveled to places where he owns property, and paired official visits with meetings with longtime colleagues and family members. On June 6, HHS chartered a jet to fly Price to Nashville, Tennessee, where he owns a condominium and where his son resides. Price toured a medicine dispensary and spoke to a local health summit organized by a longtime friend. He also had lunch with his son, an HHS official confirmed.

...and the immediate fallout as summarized below...

Price had been seen in WH as weathering this till now, but admin officials tell me it's not clear how much longer https://t.co/1qMZvcOikg

In response to this, I idly mused on Twitter that it's time to start learning more about the Deputy Secretary of the HHS Department...

...who, according to Wikipedia, is a woman by the name of Colleen Barros who's apparently worked at the HHS Dept. in various capacities for many years, mostly at the National Institute of Health. Fair enough.

However, when I tried looking up more information about her over at the official HHS.gov website, I couldn't find anything beyond her NIH bio which was last updated a few years ago.

The mystery was solved shortly thereafter by "OKOkayWhatsNext" on Twitter, who discovered that Ms. Barros apparently retired back in March. I like to think she couldn't stomach working for Donald Trump and Tom Price for more than 40 days, although it looks like she had been at HHS for over 40 years and was ready for retirement anyway.

However...given that she doesn't appear to have been replaced as of yet, who the heck would take over as acting HHS Secretary in the event that Tom Price is kicked to the curb?

Well, OKOKayWhatsNext also did a nice job hunting that down as well: It's some guy named Eric D. Hargan, who's been nominated for the position, but not actually confirmed yet:

Position: To be Deputy Secretary of Health and Human Services

Latest Action: 06/14/2017 - Placed on Senate Executive Calendar. Calendar No. 112. Subject to nominee's commitment to respond to requests to appear and testify before any duly constituted committee of the Senate.

"Subject to nominee's commitment to respond to request to appear and testify" makes it sound like he's blowing off the hearing or something, although I suppose it could be just a matter of working him into the schedule or whatever. On the other hand, there's been "no action" since mid June, which seems like an awfully long time to be playing phone tag.

On the other other hand, apparently he did have his Senate confirmation hearings on June 7th after all, so perhaps there was supposed to be a follow-up hearing or something which never happened? Weird. Regardless, as of this writing, Mr. Hargan does not appear to have been confirmed.

So...assuming Price is told to go pound sand and this guy isn't in place, who would be the acting HHS Secretary then? I presume it's one of these folks, but I have no idea what the pecking order is.

Welp. Sure enough, Price is toast, just 55 hours after I originally posted this entry:

Tom Price Resigns As Health And Human Services Secretary
His departure comes as a result of revelations about his frequent and costly use of taxpayer-funded private and military plane travel.

Health and Human Services Secretary Tom Price has resigned his post just a week into a growing scandal over his frequent use of chartered and military flights that cost American taxpayers more than $1 million.

The White House announced the news in a statement Friday afternoon:

Secretary of Health and Human Services Thomas Price offered his resignation earlier today and the President accepted.  The President intends to designate Don J. Wright of Virginia to serve as Acting Secretary, effective at 11:59 p.m. on September 29, 2017.  Mr. Wright currently serves as the Deputy Assistant Secretary for Health and Director of the Office of Disease Prevention and Health Promotion.

Politico first reported that Price had frequently chartered private jets to travel around the country, breaking a long-standing precedent from his predecessors who often flew commercial. The outlet identified dozens of private flights, costing more than $400,000, since May. Just days later, Politico also reported that Price had flown to Africa, Europe and Asia this spring on military aircraft at a cost of more than $500,000.

OK, it's a guy named Don. J. Wright. Here's Mr. Wright's resume via LinkedIn (h/t Millard Filmore for the link). It looks like he's a career government guy...he's worked there in various administrative capacities since 2007 (i.e., throughout the entire Obama administration), and was at OSHA for several years before that. That doesn't prove anything about his ability to run the entire HHS Dept., of course (especially in the midst of the utter mess things must be there at the moment), but at the very least it should mean that he takes his duties as a public servant seriously. We'll see. God knows he's gonna have his work cut out for him over the next 3 months, anyway... 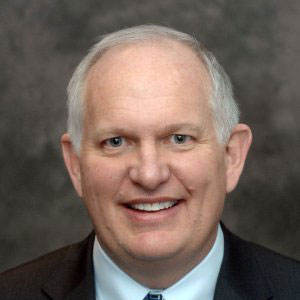 UPDATE: Oh Dear Lord. This would just be too perfect:

This would be Inception-level irony right here.