BIG: McCain is a solid *NO* re. Graham-Cassidy (but KEEP CALLING!)

Credit where due. Last time around McCain made everyone hold their breath in suspense (then again, in his defense, he had just been diagnosed with a brain tumor and had to schlep all the way back from Arizona to DC for the vote a day or so earlier).

This time around he’s being more clear and up front about it: He says he likes the idea of the bill in general, and would be influenced by AZ Gov. Ducey’s support of it, but the process has stunk and continues to stink from top to bottom:

!!! McCain is a NO on Cassidy-Graham pic.twitter.com/a9gC2Li7TZ

Seriously, good for him. He’s being quite clear about not just his decisions but his reasons...and while it would be nice if he opposed the bill on the merits (it stinks), his actual reasons make perfect sense as well.

I cannot in good conscience vote for Graham-Cassidy. A bill impacting so many lives deserves a bipartisan approach. https://t.co/2sDjhw6Era pic.twitter.com/30OWezQpLg 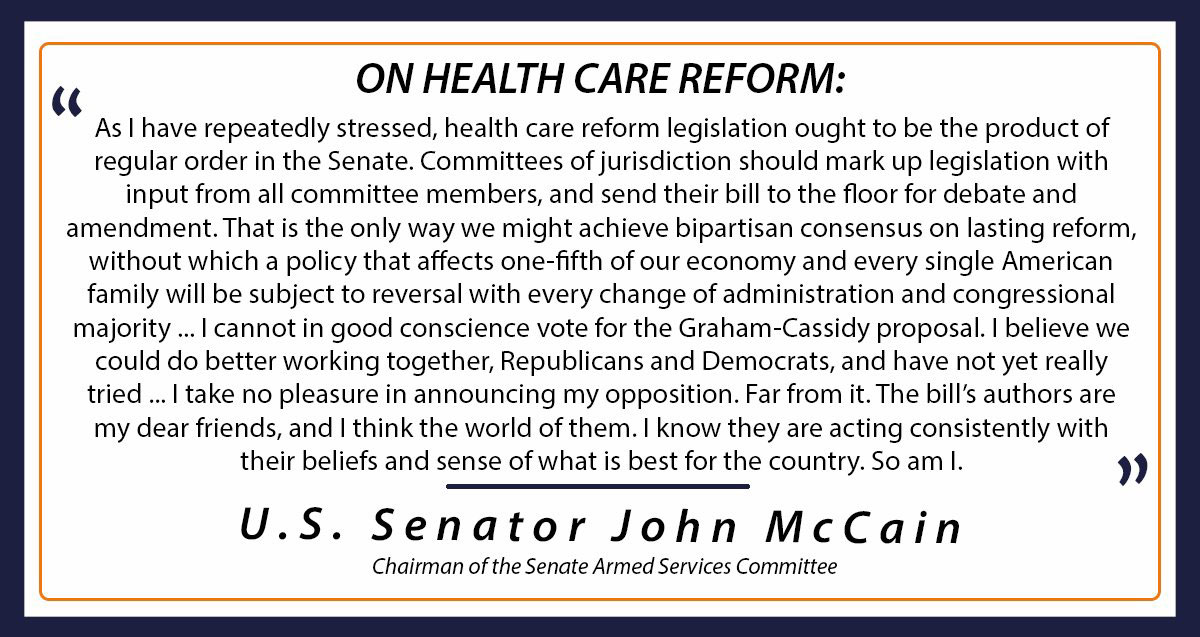 HOWEVER, this doesn’t guarantee anything.

Rand Paul is supposedly also a solid NO (for lousy reasons—the bill isn’t cruel enough for him, but I’ll take it)...but he said the same thing last summer and then caved and voted “yes” anyway.

Calling a bill that KEEPS most of Obamacare "repeal" doesn't make it true. That's what the swamp does. I won't be bribed or bullied.

Susan Collins is almost certainly a “No” for the same reasons she was last summer...but again, until she states so unequivocally, we can’t be sure. 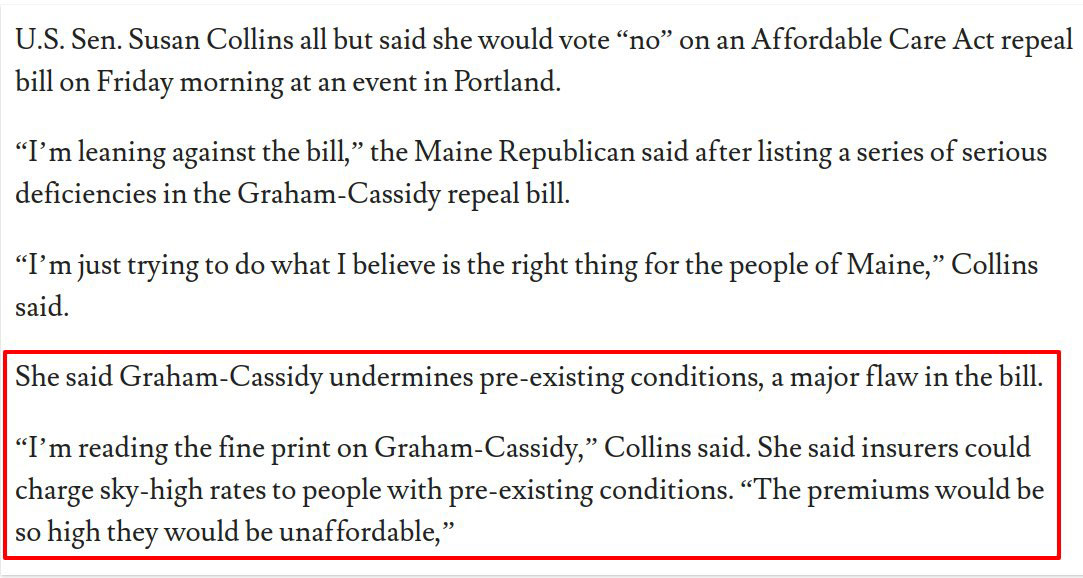 Again, “leaning against the bill” is not the same as an absolute, no-wiggle-room “NO”. It’s very promising but not certain.

Finally, there’s Lisa Murkowski, who, again, is probably a “no” but is playing her cards very close to her chest...though crap like this isn’t likely to help win her over:

Republicans are back to threatening to harm Alaska if Murkowski turns down their bribe https://t.co/Bvv3FhgKoU pic.twitter.com/dFkoPtBuLh