REMINDER: The ACA itself is still in jeopardy on three different fronts.

I've written not one, not two, but three different blog entries in the past 24 hours about Bernie Sanders' just-announced "Medicare for All" proposal...but the reality is, I shouldn't have. Frankly, while it's a discussion/debate that we do need to have, making a big thing about it right this moment is, the more I think about it, terrible timing, because the Affordable Care Act is still in being attacked and at risk in several ways: 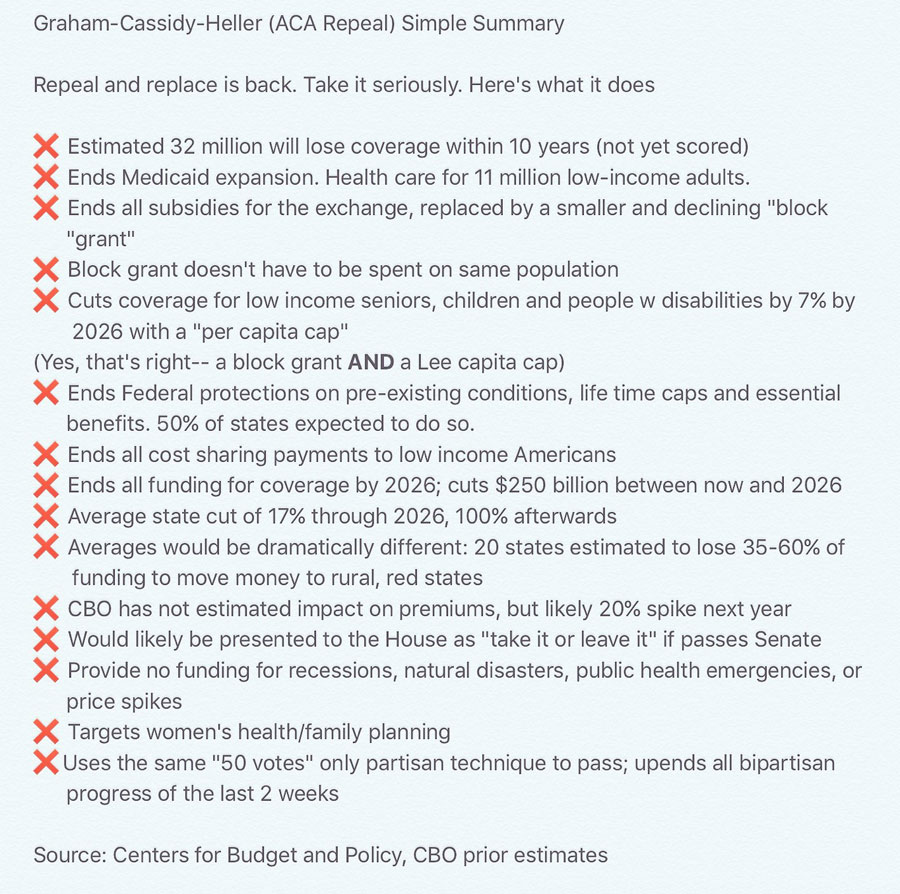 “A comprehensive marketing and outreach campaign has been a critical ingredient of Covered California’s success, and more importantly is a vital component of any effort to promote stability in individual markets across the nation,” said Lee. “Getting the word out is a proven way to promote enrollment and bring more healthy people into the risk pool, which lowers premiums and saves money for everyone.”

The report, “Marketing Matters: Lessons From California to Promote Stability and Lower Costs in the National and State Individual Insurance Markets,” was presented at a forum in Washington D.C. It provides an in-depth summary of research on the role of marketing health insurance, and analysis of the lessons Covered California has learned since first opening its doors.

The report highlights the following facts:

“The evidence is clear: While multiple elements are needed for stability in the individual markets, making robust investments in comprehensive outreach and marketing pays off by helping enroll a broad mix of consumers,” Lee said. “The data underscore the benefits of supporting marketing as a central element to stabilizing insurance markets.”

The report found that if the Federally-facilitated Marketplace (FFM) invested at a comparable rate to Covered California — which devotes 1.4 percent of the marketplace’s total premiums to marketing and outreach — it would invest $480 million, which is more than 10 times what the federal government recently announced it would spend to promote enrollment for 2018. The analysis finds that if the FFM invested at this level over three years, it would likely result in 2.1 million more Americans enrolling or keeping their coverage during this time, while decreasing premiums by an average of 3.2 percent, and generate a return on investment for the spending of about five to one.

By contrast, the report details modeling of the potential impact of the announced 72 percent reduction in federal marketing and outreach funding. This lower level of marketing will likely result in 1 million fewer Americans getting insurance, and premiums that will be more than 2.5 percent higher.

I'm all for continuing the debate/discussion about what the next major phase in achieving quality, universal, comprehensive, affordable healthcare should be...but I think the timing of Bernie's big rollout today steals vital attention away from focusing on preserving the ACA and combatting the Trump/GOP sabotage at a critical moment. Ideally, I think he should have waited until February 1st, 2018 (the day after Open Enrollment ends in every state) to make his "Medicare for All" launch, but at the very least, he could have easily waited untl October 1st, after the clock runs out on the 2018 fiscal year.

But...he didn't, so here we are. Several people have assured me that "we can walk and chew gum at the same time", etc etc, and I hope that's true. I'm OK keeping some focus on the single payer issue, as long as we don't take our eye off the ball.