When is the 2018 Open Enrollment Period in YOUR state?

Thanks to Louise Norris of healthinsurance.org for saving me the trouble of tracking all of the state exchange deadlines down. It's possible that a few more state-based exchanges (CT, ID, MD, NY & VT) could also extend their open enrollment deadlines beyond the official one on the federal exchange, but here's where things stand as of today (I'll update the graphic as necessary). Feel free to share widely.

Update 9/7/17: Two more state-based exchanges have chimed in: Vermont has clarified that they're sticking with December 15th, 2017; New York issued a press release that they're joining California & DC in extending Open Enrollment all the way through January 31st, 2018. The graphic below has been updated to include the New York extension.

I haven't heard anything specific from the other 3 state-base exchanges yet. I don't think Connecticut or Idaho have bumped out their deadlines in previous years, so they'll both likely stick with the 12/15 cut-off, but there's a very good chance that Maryland will extend theirs, so there could be one more update to this: 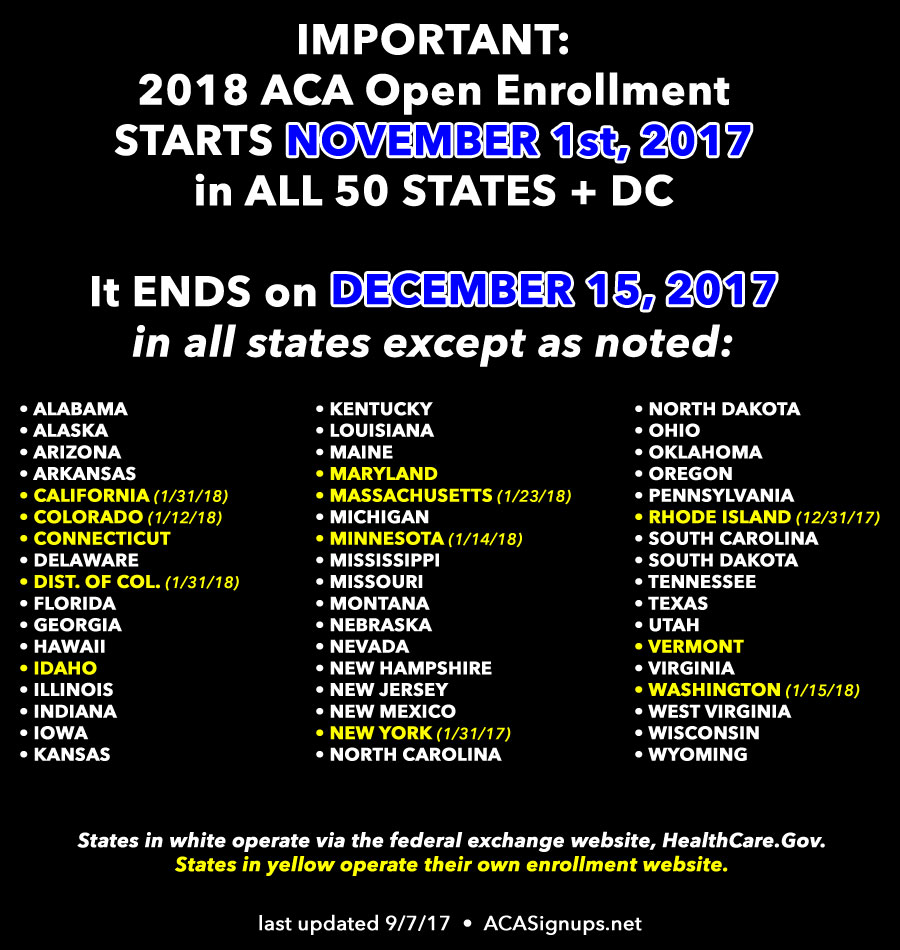