Michael Goodwin Explains it All (again)

Back in January, I was pleasantly surprised to be included (sort of) in an actual comic book (OK, a "graphic novel") drawn/written by a skilled artist named Michael Goodwin. He did an excellent job of explaining the basics of how the ACA was supposed to work, some of the problems it's had, what the GOP was trying to push as a replacement, why that replacement sucked so badly and so forth. I was honored to learn that he had utilized some of my own data in putting together the project.

Well, Goodwin is back with a follow-up. This one isn't as long, and it focuses mainly on the sabotage efforts being attempted by Donald Trump and the GOP to undermine the ACA as much as possible. Once again, he's included some of my info/analysis as part of the comic, which I'm greatly flattered by. Here's a sample; click through for the whole thing: 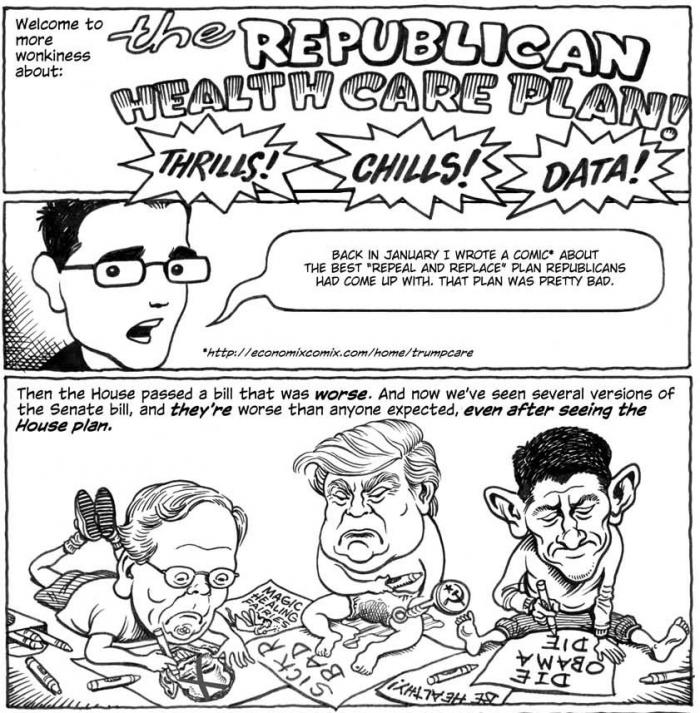