UPDATE: This press release from the New Hampshire Insurance Dept. suggests that the CSR issue may be an even bigger deal in NH than I thought: 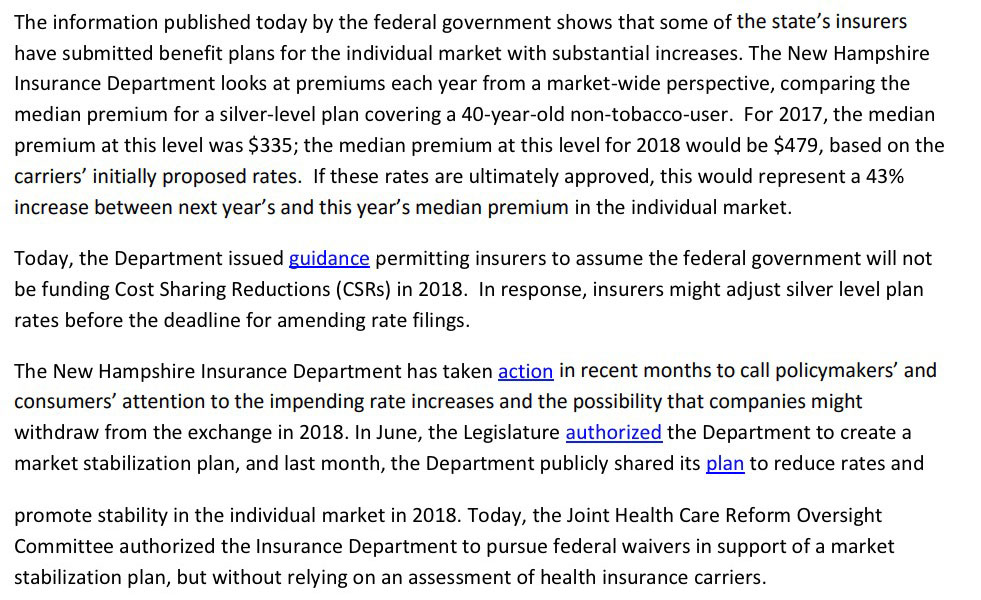 ...however, since that 43% refers to the median increase, not the average increase, I'm gonna leave this one alone for the moment. The larger point is the same: Rate hikes will be ugly in some states whether CSRs are paid or not, but a lot worse if they aren't. 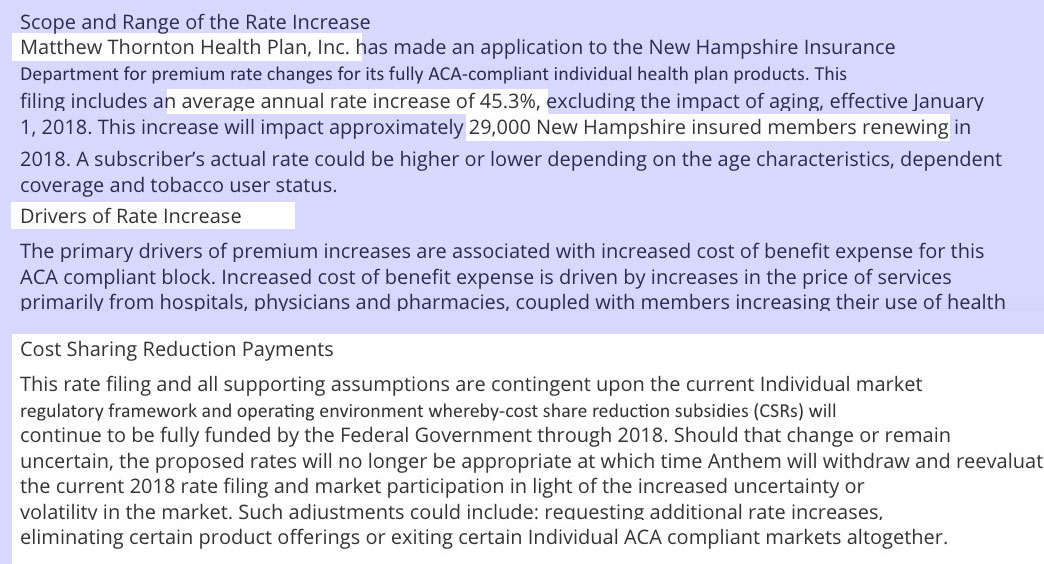