EVERYONE WITH THE SLIGHTEST KNOWLEDGE OF HOW HEALTH INSURANCE WORKS: DON'T DO IT, JACKASSES!

Right on top of the American Academy of Actuaries' open letter explaining the extreme danger of the GOP passing their BCRAP bill (particularly the Godawful Cruz-Lee amendment) comes this joint letter sent to GOP Senate Majority Leader Mitch McConnell (well...and Chuck Schumer, since he is the Senate Minority Leader) from both America's Health Insurance Plans and the Blue Cross Blue Shield Association (h/t to Sahil Kapur and Topher Spiro...not sure who posted it on Twitter first): 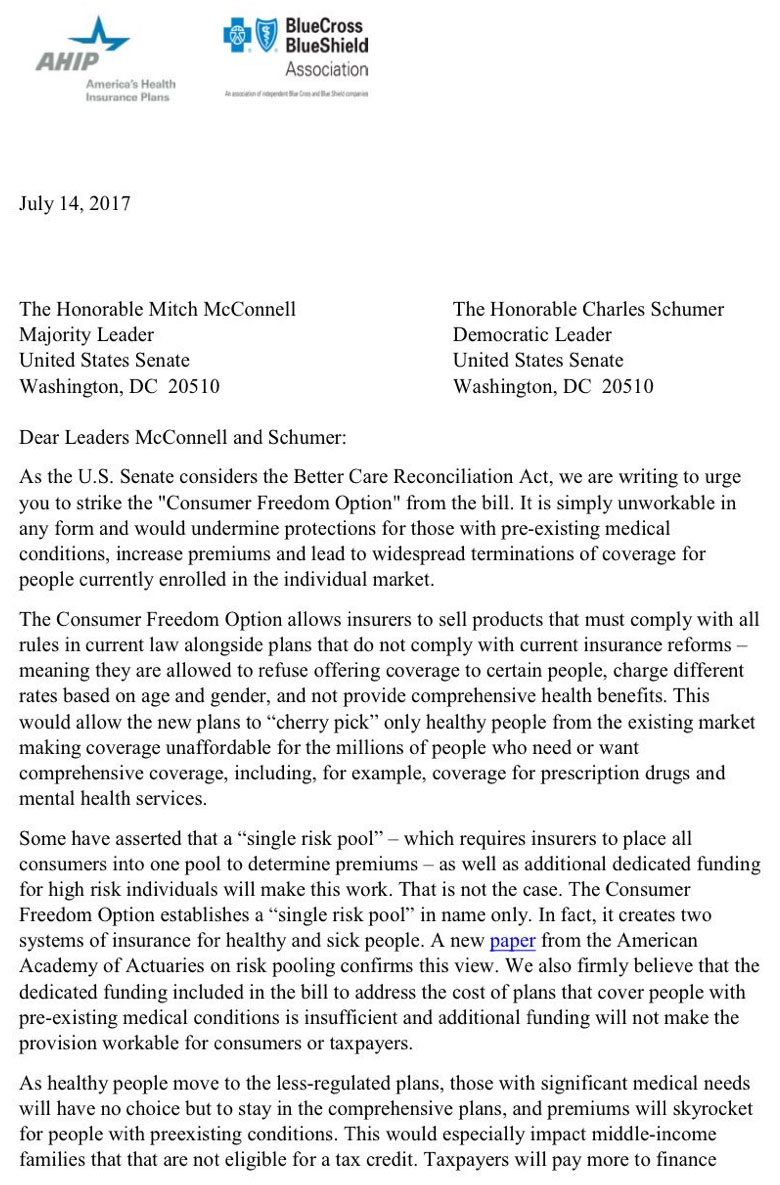 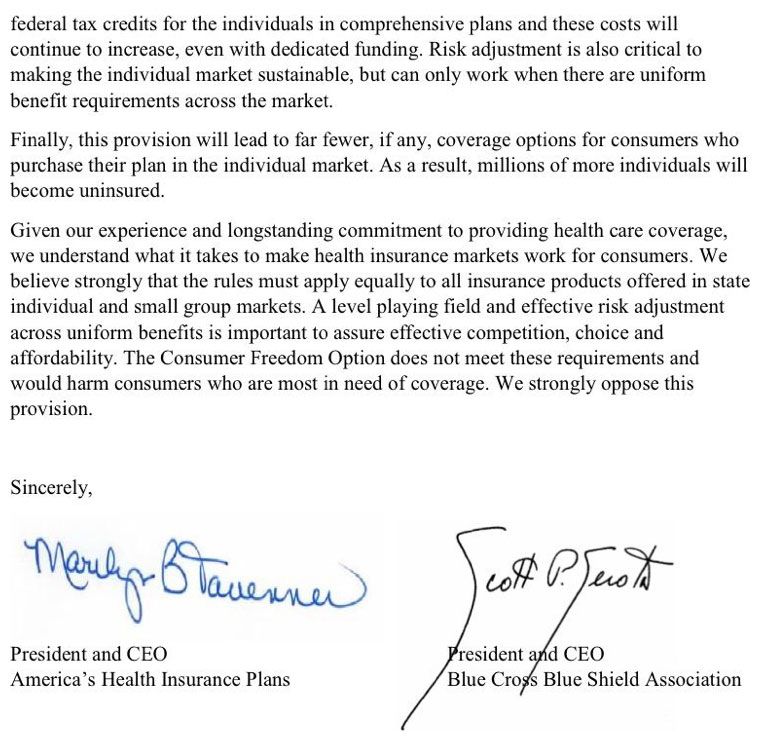 Annnnnnnnd, right on top of that is this letter sent to McConnell from several dozen economics professors, including six Nobel-prize winning economists:

We write to express our strong opposition to the Senate bill to repeal the Affordable Care Act (ACA). The ACA has provided high quality, affordable health coverage for millions of previously uninsured Americans and helped to slow the growth of health care spending.

Clearly, the ACA is not perfect. Each of us has ways we would like to see the ACA reformed. But the Senate bill, crafted in secret and released without hearings, addresses none of these concerns. Rather, the Senate bill would narrow coverage, and by driving relatively healthy people from the market, raise premiums for those who remain.

Based on our reading of the bill, we believe that the Better Care Reconciliation Act would reduce coverage nearly as much as the House bill that the Congressional Budget Office estimated would take coverage away entirely from 23 million Americans and narrow coverage for millions more. At a time when economic change is making life more difficult for all but the relatively well-to-do, denying people to access health insurance is a giant step in the wrong direction.

The Senate bill will expose millions to increased out-of-pocket health care costs. It would base tax credits on a plan with greatly increased cost sharing and deductibles that could run to $12,000 per family or more. Far from improving Obamacare, the Senate bill would reduce assistance for the millions of people who buy coverage through the state and federal marketplaces. Many now eligible for tax credits would be denied them entirely. States would be allowed to opt out of regulations that allow less healthy people to buy insurance at reasonable rates.

The savings from slashing health subsidies and coverage would go largely to bestowing tax cuts on upper income tax filers. The richest 0.1 percent of tax filers would receive tax cuts averaging over $200,000 per return.

We call on Congress to work on legislation to improve the health delivery system, in general, and The Affordable Care Act, in particular. The goal should be to hold down health costs and increase access to affordable, quality health coverage for all. Unfortunately, the Better Care Reconciliation Act threatens reduced coverage and higher costs for those who continue to have it.

* The listing of a signer’s affiliation is for identification purposes only and is not an endorsement of this letter by that institution.