In three cases, the wording of the filing letter seems to indicate that the requested increases assume that CSR reimbursement payments will be made in 2018 and that the individual mandate penalty will be enforced. The exception to this is Alliant Health Plan, which assumes the mandate won't be enforced, but when it comes to CSR reimbursements is pretty confusingly worded--there's no mention one way or other, but there is a note stating that the filing includes two different plan listings: One which will be offered if CSR payments are made, the other if CSR payments aren't made. I'm not quite sure how to categorize this so I'm listing it under "no/partial TrumpTax" for the moment.

As for the "FULL Trump Tax" variant, the Kaiser Family Foundation estimates that in Georgia specifically, cutting off CSR payments would require an additional 23 point rate hike next year, assuming none of the 4 carriers dropped participation altogether. Added on top of the 29.2% "no/partial sabotage" increase, that would come to an ugly 52.2% requested rate increase. Ouch. 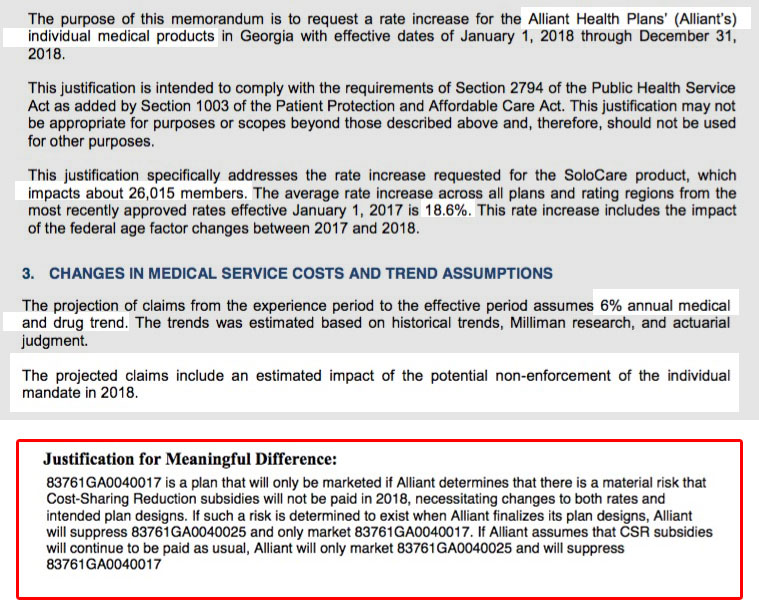 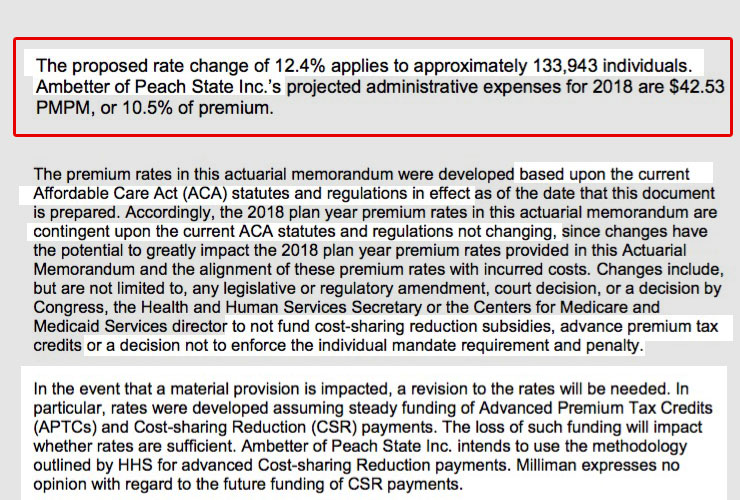 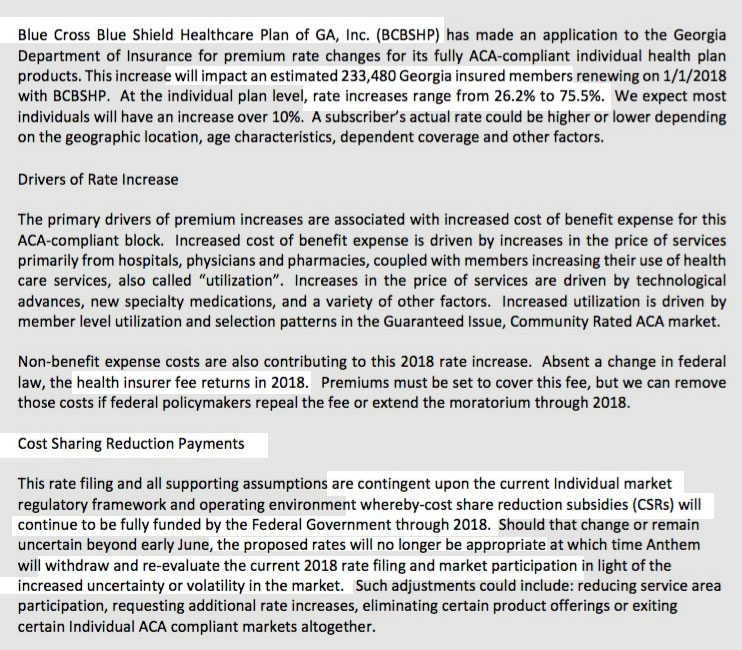 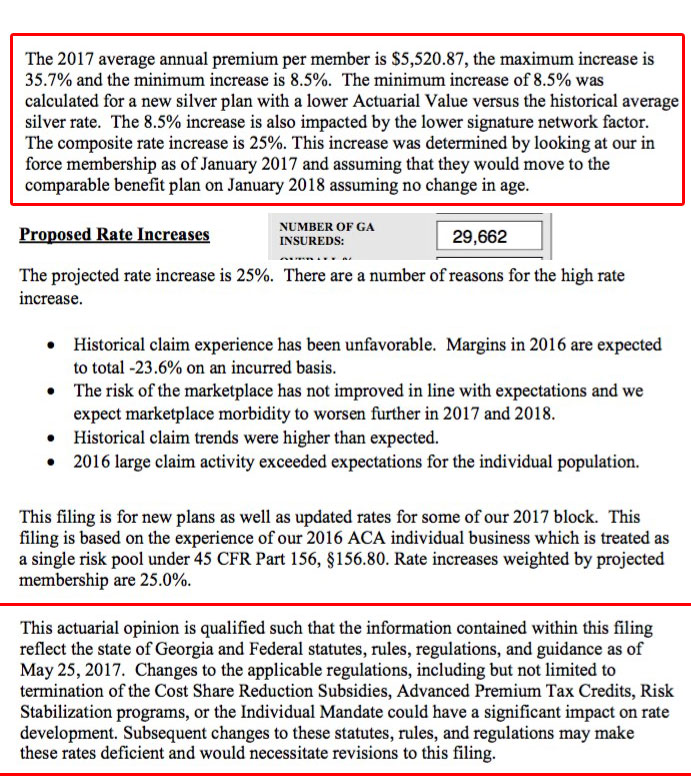