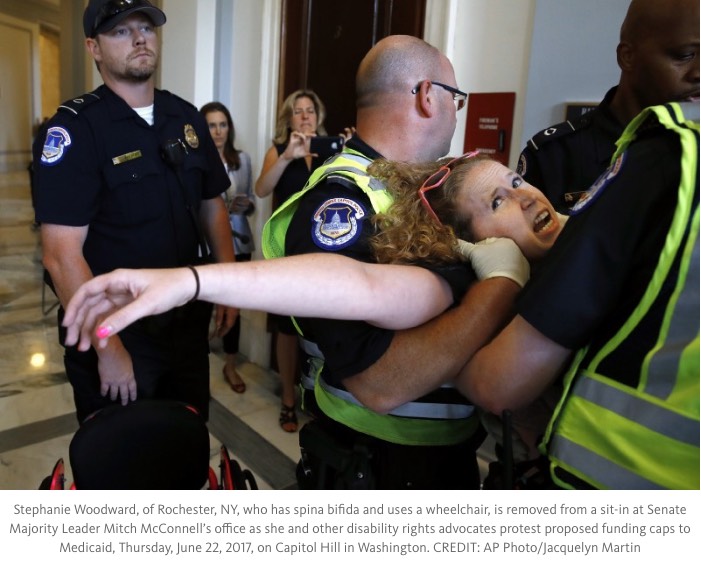 ...Initially, the demonstration was a relatively peaceful show of dissent, as a large number of protesters gathered outside of McConnell’s office to voice their anger, with some yelling, “I’d rather go to jail than die without Medicaid!” (McConnell was not in his office at the time of the protest, as he was introducing the health bill, while arguing it would “strengthen Medicaid.”)

But the situation appeared to deteriorate as police attempted to remove protesters. ADAPT’s D.C. area branch tweeted that officers were picking people up and dropping them, which video footage of the incident appears to corroborate. Several onlookers also reported seeing blood on the floor as activists were hauled away by police. 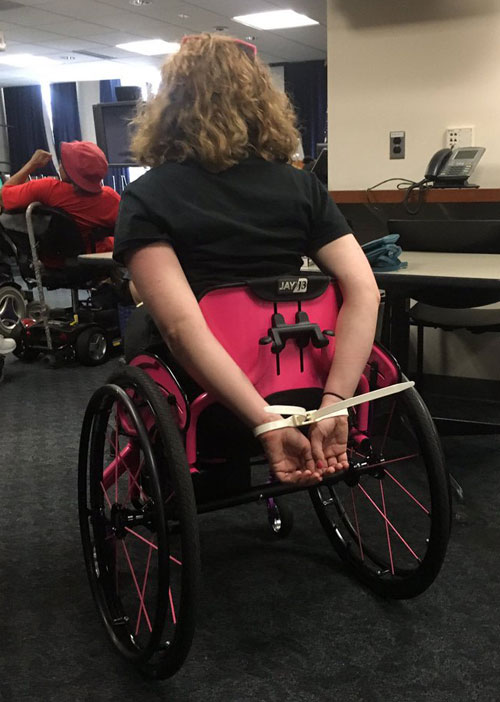 Blood on the floor outside of Leader Mcconnell's office as protestors are physically being removed. pic.twitter.com/z4gVd9t1qe 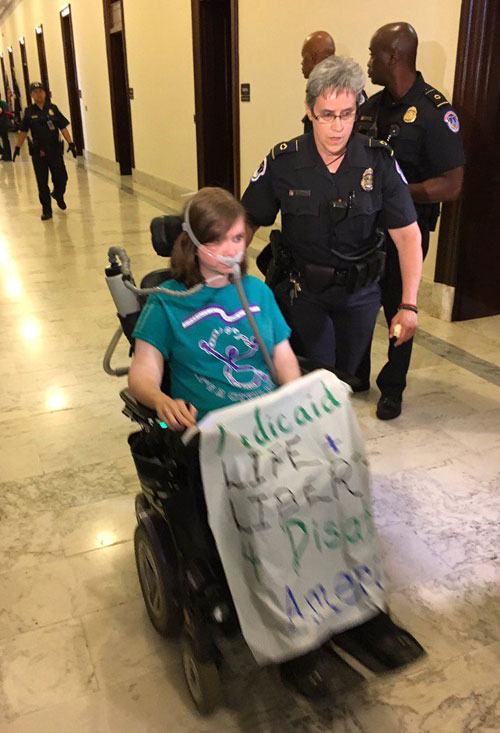