“There is a great deal of uncertainty underlying our country’s health insurance system today and no state is immune. There are specific issues with our health insurance system that we need to address, such as the rising costs of prescription drugs and health care services. Yet, the current federal administration’s actions – such as not committing to reimburse insurers for cost-sharing subsidies and not enforcing the individual mandate – appear focused only on destabilizing the insurance market. Sadly, it’s the people in our communities and across the country who will pay the price.”

All rates, health plans, and coverage areas are under review and may change. Once Kreidler's review is complete, the Washington Health Benefit Exchange Board is scheduled to certify all plans for sale in Washington Healthplanfinder, our state's Exchange, on Sept. 14. Open enrollment for the 2018 individual market starts Nov. 1.

Approximately 62 percent of people in the state currently enrolled through Washington state's Exchange receive a subsidy to help offset their costs.

The statewide average is 22.3%...but the WA Insurance Commissioner specifically requested that the carriers break out their actual medical cost increases from the rest of the hike request. You can see this at the bottom left of each rate filing summary; for instance, Asuris Northwest lists their medical cost increase as only being 7.2%. You then have to tack on another 3% to cover the ACA's Carrier Tax (which was given a 2-year "holiday" in 2016 & 2017), which means that without the Trump/GOP Sabotage Effect (Cost Sharing Reduction & Mandate Enforcement uncertainty), Asuris would only be requesting a 10.2% rate hike instead of the 31% they're asking for with CSR/Mandate uncertainty.

Interestingly, as David Anderson noted to me via Twitter earlier, Kaiser Foundation seems to be fairly optimistic on this front--they're only assuming a 3.9 or 5.4 point rate hike due to the CSR/mandate factor. One carrier, Health Alliance Northwest, didn't provide a breakout of their 14.6% request...but they only have 24 enrollees (that's not a typo...24 people) anyway, which is barely a rounding error.

State-wide, without the Trump/GOP Sabotage factor, Washington State would be looking at roughly a 10.6% average unsubsidized rate hike request vs. the 22.3% they're actually asking for with the sabotage effect. In other words, 52% of the 2018 rate hikes being asked for are utterly unnecessary and can be pinned squarely on Donald Trump and Congressional Republicans.

UPDATE: Several commenters have rightly noted that most of the carriers lost money in 2016 ($141 million collectively out of $1.3 billion in total premiums...about 10.8% overall), which means that in order to make a profit they'd have to bump up their prices about 11% beyond their "increased medical costs" regardless. Fair point...except that each of them received rate hikes from 7-25% for 2017 already. I have no idea what their profitability has been/will be for 2017.

What I do know is that I forgot to upload this screen shot, which appeared in similar form on almost every filing:

UPDATE: A few hours after the original press release above, WA Insurance Commissioner Mike Kreidler issued a second one regarding the 2 WA counties at risk of "going bare" next year:

Following repeated discussions, I am pleased that Premera Blue Cross has decided to offer two individual health plans to consumers in Grays Harbor County in 2018. This is welcome news for that community.

“The plans will be offered through the Washington Health Benefit Exchange, where consumers who qualify can get subsidies to help pay their premiums.

“Grays Harbor and Klickitat counties initially did not have any proposed plans for next year when insurers filed proposals with my office on June 7. I immediately contacted insurers, urging them to reconsider their plans for 2018.

“We share a concern about consumers having no options. Every county should be covered.”

OK, so that's one down, one to go for Washington... 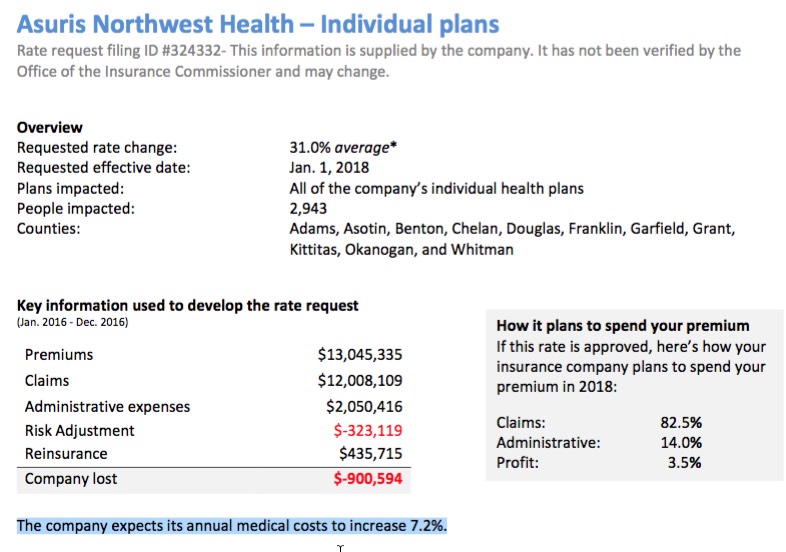 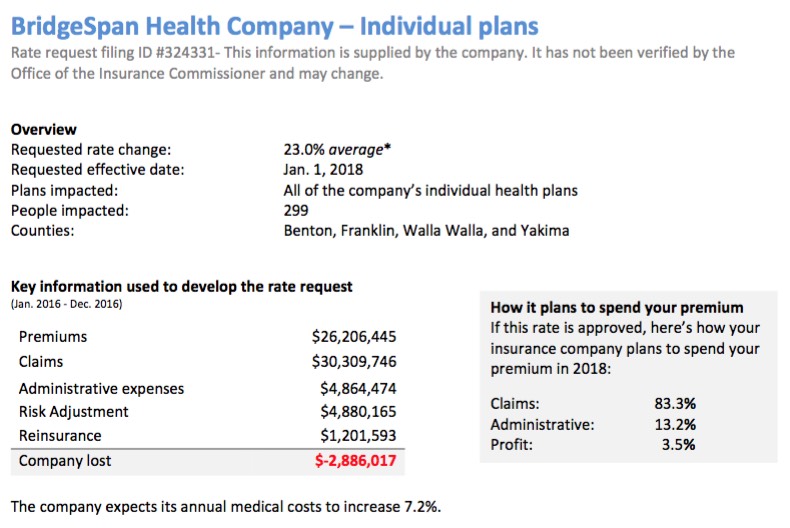 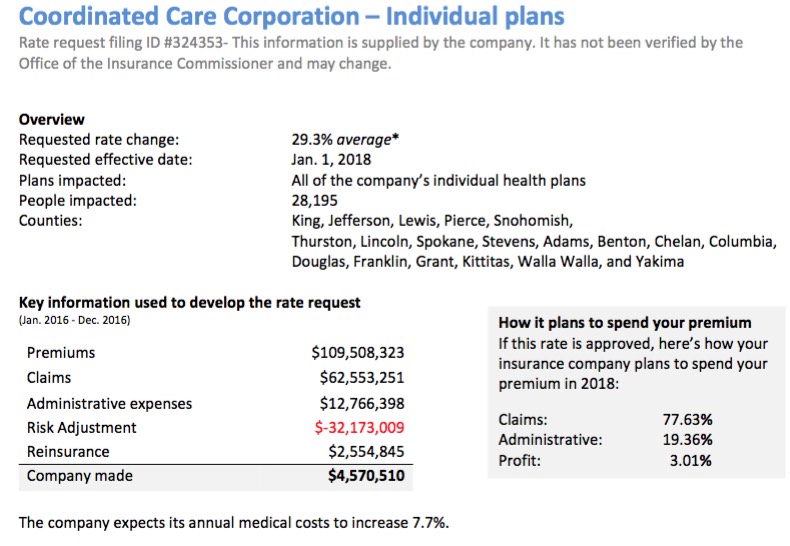 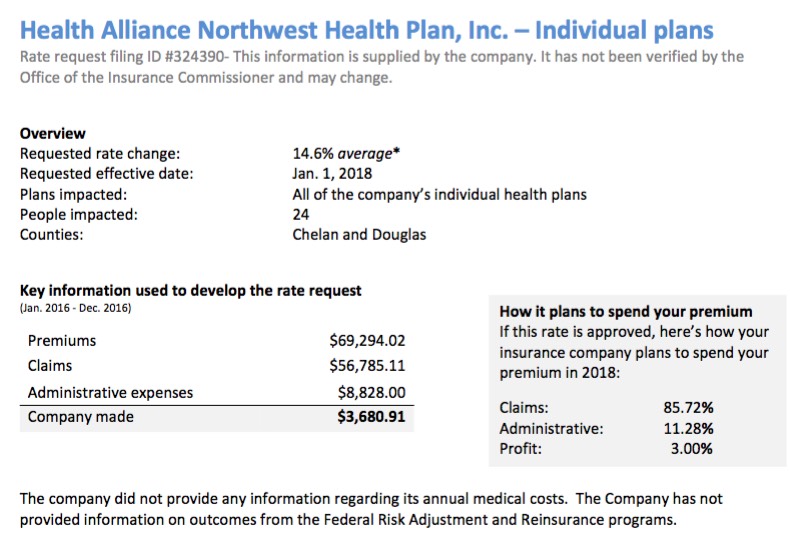 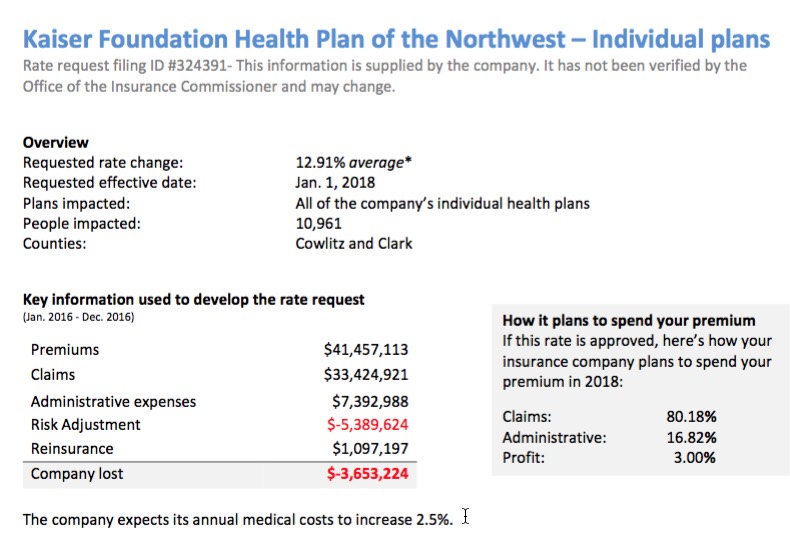 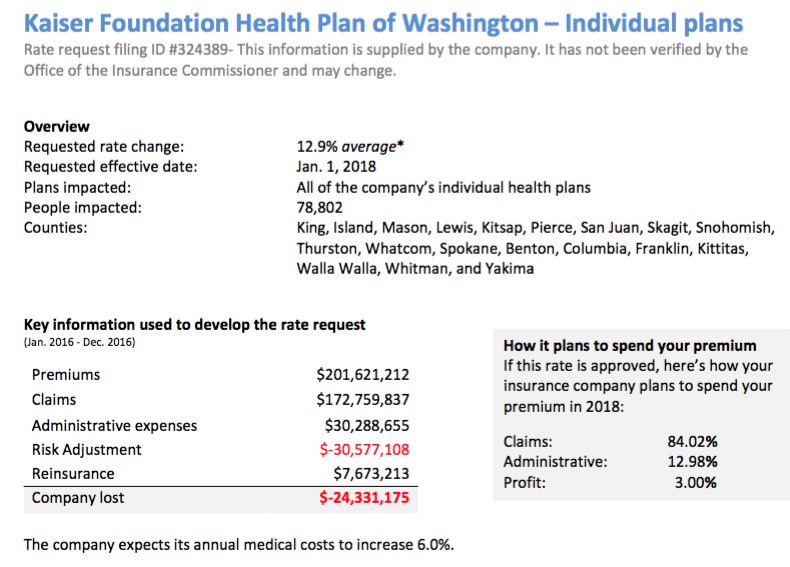 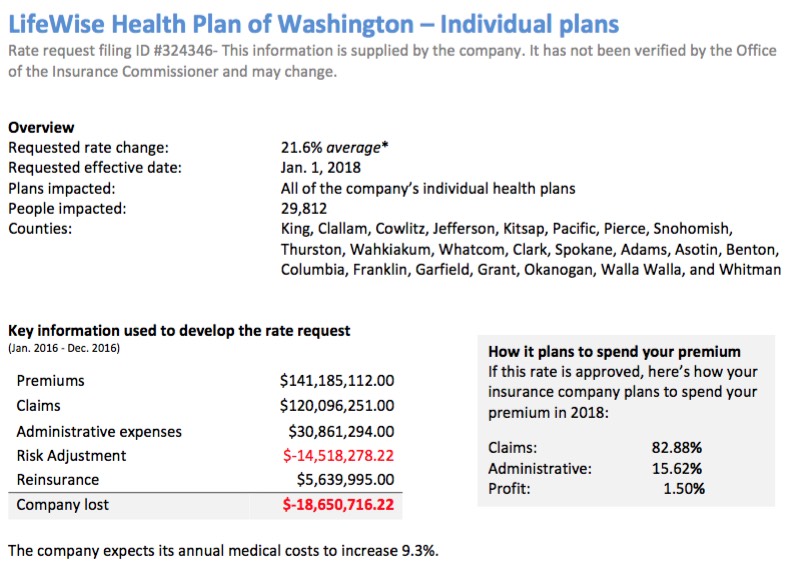 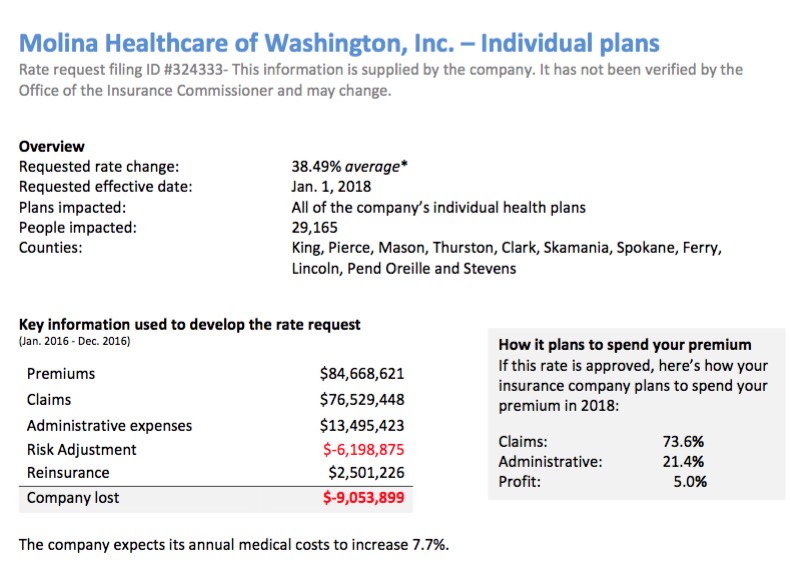 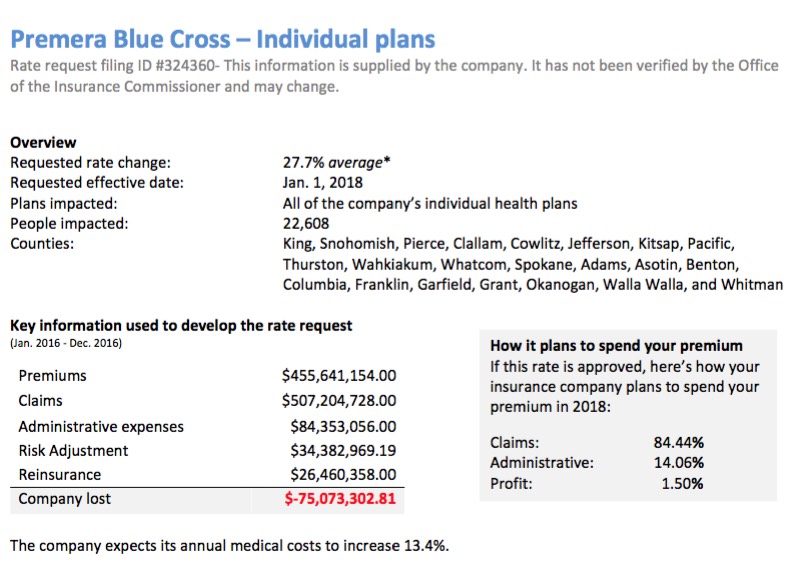 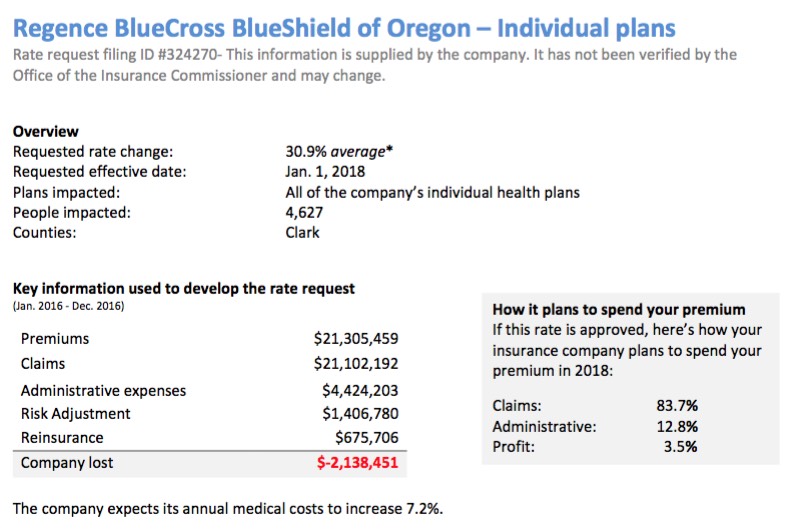 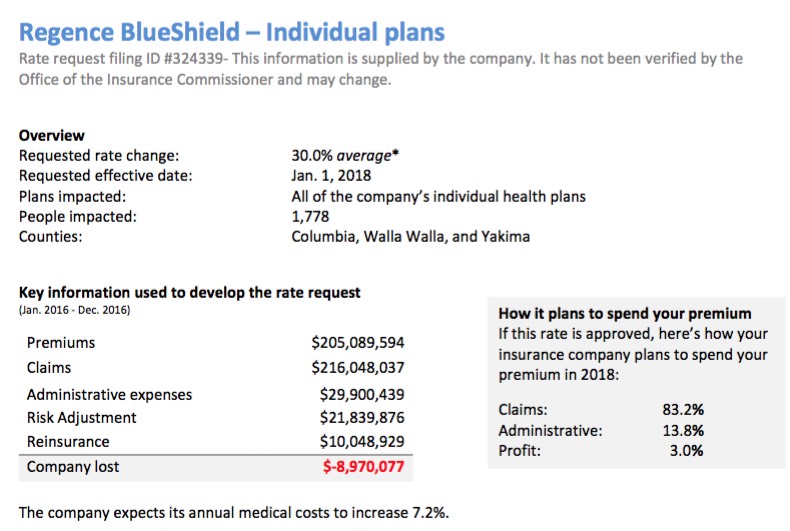