This Is Why Republicans Win.

So, All Around Awesome Dude @LOLGOP tweeted out a link to my "How many could lose coverage in YOUR Congressional District?" project, created as a resource for progressives, Democrats and others who support saving and improving the Affordable Care Act to use to provide quick, easy and reasonably accurate estimates to utilize for Congressional town hall meetings, social media and so forth.

Countless hours of painstaking research and analysis have gone into this project (and is still ongoing...I have about a dozen states left to go). In order to avoid even the slightest claims of exaggeration, I've bent over backwards to error on the conservative side with my estimates as follows:

Why am I comfortable ignoring all of these people? Because even without any of them, you're still talking about a HUGE number of people who are at risk of being utterly screwed.

If you overestimate the number of people at risk, you've just opened yourself to an attack on your credibility from your opponent. If the actual number is 1.0 million and you claim it's 1.1 million, you get attacked for "exaggerating" and the larger point (a million people are screwed) gets lost in the shuffle.

I calculated the estimates to be as accurate as possible, but then deliberately lowballed them a bit specifically to take away that attack point...and that's fine, because the remainder is still a metric buttload of people.

Most people seem to grasp this concept. Unfortunately, some don't...including this person, who certainly appears to be a solid progressive:

I probably should have Storified this, but instead I just took a series of screen shots. Start at the bottom, work your way up. I think you'll get the gist: 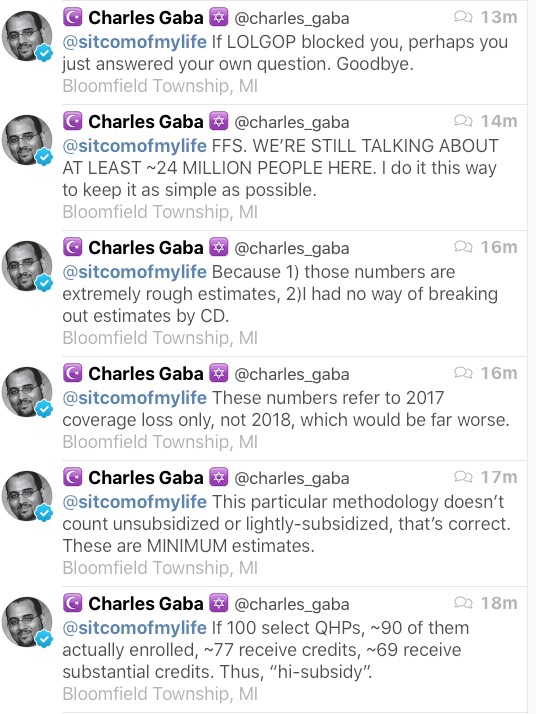 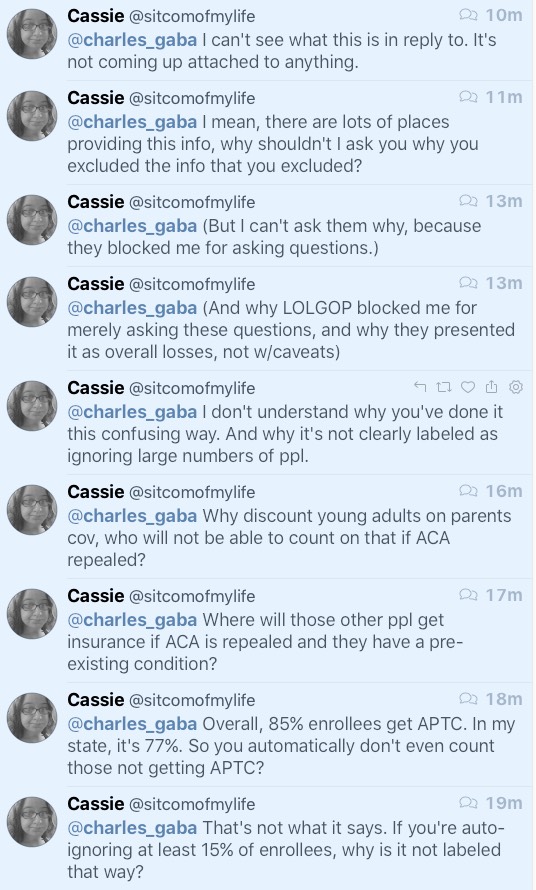