Bottom Line on a "Replacement Plan": The GOP doesn't have dick.

Last week, Congressional Republicans held a closed-door meeting to try and figure out how the hell they're going to replace the ACA (also known as "Obamacare" donchaknow?).

Amusingly, someone secretly recorded the meeting and anonymously sent it to the Washington Post.

The recordings confvirmed what anyone who's been paying even the slightest bit of attention over the past seven years suspected all along:

The recording reveals a GOP that appears to be filled with doubts about how to make good on a long-standing promise to get rid of Obamacare without explicit guidance from President Trump or his administration. The thorny issues with which lawmakers grapple on the tape — including who may end up either losing coverage or paying more under a revamped system — highlight the financial and political challenges that flow from upending the current law.

Senators and House members expressed a range of concerns about the task ahead: how to prepare a replacement plan that can be ready to launch at the time of repeal; how to avoid deep damage to the health insurance market; how to keep premiums affordable for middle-class families; even how to avoid the political consequences of defunding Planned Parenthood, the women’s health-care organization, as many Republicans hope to do with the repeal of the ACA.

“We’d better be sure that we’re prepared to live with the market we’ve created” with repeal, said Rep. Tom McClintock (R-Calif.). “That’s going to be called Trumpcare. Republicans will own that lock, stock and barrel, and we’ll be judged in the election less than two years away.” 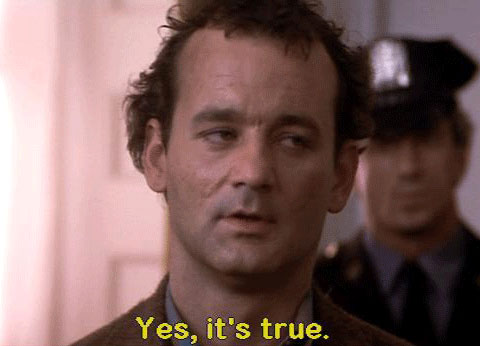 Yes, yes you will. Assuming, of course that the fascist regime known as the Trump administration actually allows elections (or, more likely, allows fair and open elections in which hundreds of thousands of minorities aren't purged from the voter registration files, suppressed via draconian "voter ID" laws, etc etc).

As Greg Sargent (also of the Washington Post) notes:

The notion that Republicans will have “created” the state of the market that results after repeal, and that they will “own” that outcome, is refreshing to hear. Republicans have employed a series of overwrought formulations and tortured metaphors that are designed to suggest that, because Obamacare is already allegedly collapsing, Republicans are merely stepping in with a “rescue mission” to arrest that damage, while building a “bridge” to an as-yet-unspecified replacement. The game there has been to preemptively lay the groundwork to claim later that whatever consequences are unleashed by repealing the law were already in motion, and were not created by repeal itself.

This is not to deny that Obamacare is going through some difficulties right now. But the Republican rhetoric about its supposed collapse and implosion is just nonsense.

...the most immediate threat to the law is Republican efforts to gum up the works, say with executive actions by President Trump, or through repeal on a delay that leads insurers to exit the marketplaces because of uncertainty that any GOP replacement will ever materialize.

...The implicit admission here is that it will be very hard for Republicans, having repealed the ACA, to pass a replacement that, in effect, would require new spending — and a way to pay for it. Yes, it turns out that to cover people, we have to spend money, and yes, that money has to come from somewhere.

The implicit admission here is that it will be very hard for Republicans, having repealed the ACA, to pass a replacement that, in effect, would require new spending — and a way to pay for it. Yes, it turns out that to cover people, we have to spend money, and yes, that money has to come from somewhere.

I've written about all of this over and over again. But perhaps the best summary of the GOP's Seven Year Obamacare Itch can be seen in the short video above, compiled by Huffington Post healthcare writer Jeffrey Young.