Now, they did backtrack somewhat on this the following day, either due to the massive backlash, sheer inability to pull the ads that late or a combination of both, but they still killed off a substantial amount of last-minute advertising:

Spending on television spots by HealthCare.gov plummeted in the final days of open enrollment, according to data from iSpot.tv, an ad tracking firm. Advertising peaked at roughly $1 million per day from Jan. 24 to 26. Then, it fell roughly 80 percent — to less than $250,000 per day — over the next four days, according to the most recent data.

“That basically tells me that the strategy or the plan to eliminate as much advertising as possible was executed,” said Kevin Counihan, the CEO of HealthCare.gov in the Obama administration. “The is the second most active period of time to enroll, and a disproportionate share of younger people come in at this time.”

Health insurers want to see how Congress intends to replace Obamacare before they commit to offering policies for 2018, a new survey has found.

One of the biggest issues is the individual mandate, which requires nearly all Americans to buy insurance or pay a penalty. If Republican lawmakers repeal the mandate without a replacement plan, insurers said they'd "seriously consider" withdrawing from the market next year, the Urban Institute report said. They see "significant" risks in remaining while the details of a replacement bill are in doubt.

...Surveys show that as many as 40% of enrollees say they wouldn't have signed up without the mandate, the Urban report found.

"Pulling one leg out of the stool, we crash to the ground," said one respondent.

Obamacare looks like it’s going away. Until that happens, big health insurers aren’t sure what to do with it.

Republicans and President Donald Trump haven’t given details on how they’ll repeal and replace the Affordable Care Act. Uncertainty about the law, which covers millions of Americans, has left companies trying to figure out if they’re better off stuck in limbo or just quitting entirely.

Aetna Inc. Chief Executive Officer Mark Bertolini warned Tuesday that the company won’t sell Obamacare plans again in states where it has pulled out, and may continue shrinking its participation, “given the unclear nature of where regulation’s headed.” On Wednesday, Anthem Inc. said its ACA business is stabilizing, but it’s carefully watching Washington while developing 2018 plans.

“We will make the right decisions to protect the business,” CEO Joseph Swedish told Wall Street analysts in a conference call. “If we can’t see stability going into 2018, with respect to either pricing, product, or the overall rules of engagement, then we will begin making some very conscious decisions with respect to extracting ourselves.”

Congressional Republicans face a dilemma, too. They want to paint Obamacare as collapsing to help justify its repeal. Yet they need to keep its markets humming this year, and probably into 2018, or take the blame for millions of people who might lose coverage. That will be the topic of hearings Wednesday in the Senate and Thursday in the House.

“Markets need clarity,” Tennessee’s insurance regulator, Julie Mix McPeak, will tell the Senate’s health committee, according to prepared remarks provided before the hearing. If insurers don’t get answers, some will quit the market, and Tennesseans could be left with nowhere to buy coverage, she says in her remarks.

...“They create a lack of confidence and then they point and say, ‘See, the ACA is failing,’” Hoyer said. “The chaos and uncertainty that this administration has created over the last 10 days has led to the very thing that they say is the problem.”

Or, to put it even more succinctly, here's Anthem CEO Joseph Swedish regarding the 2017 Open Enrollment Period:

$ANTM CEO Swedish: encouraged by early #Obamacare open enrollment numbers; no outlook on make-up of risk pool; expect to break even on plans

...and here he is regarding the 2018 Open Enrollment Period (assuming there is one at all):

So, $AET says April 1 key date for #repealobamacare #repealanddelay rules; $ANTM says will decide on pulling the plug on 2018 at end of Q2

Yup. It's true that some carriers might have been considering dropping out of the exchanges in 2018 regardless...but between Trump winning, the GOP going full-speed ahead with repeal plans, Trump's executive order, the GOP not having the slightest clue what, if anything, they would replace the ACA with (or when that might take place), and the initial filing deadlines bearing down on the carriers like a freight train, some of the major players are already seriously talking about bailing BECAUSE OF THE TRUMP/GOP-INDUCED UNCERTAINTY.

I cannot stress this enough: IF the individual market collapses next year, it will be primarily due specifically to deliberate sabotage and uncertainty created by the GOP. 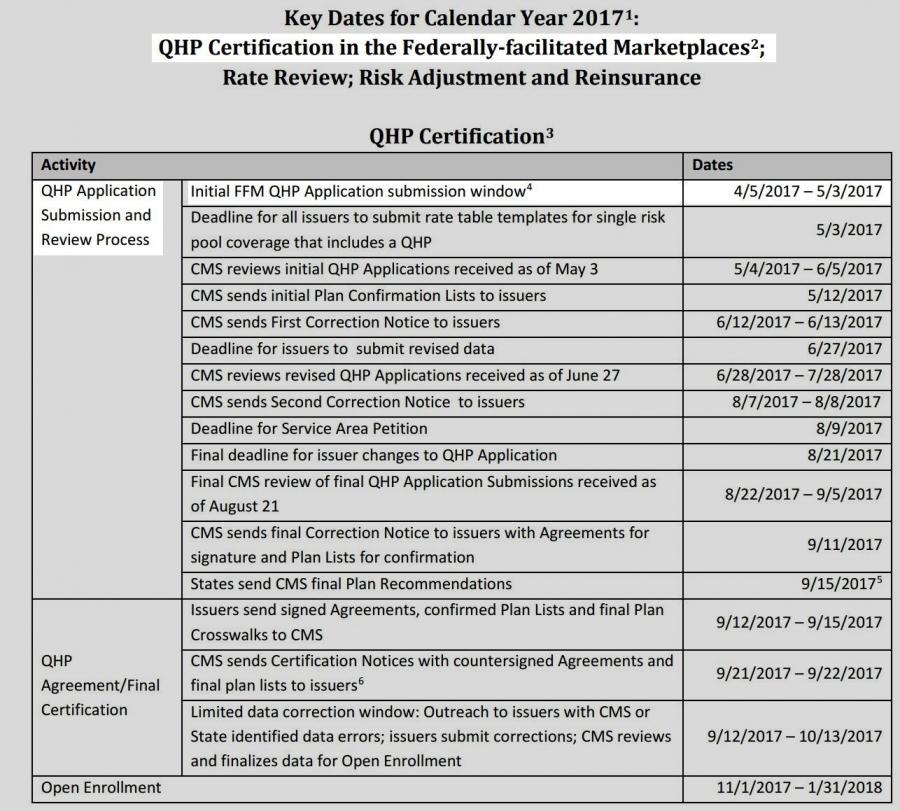