Good (?) News!! Either I'm *not* paranoid or every other researcher is as well! 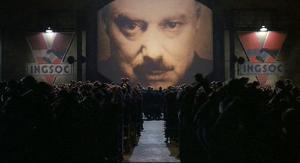 ...HOWEVER, their bosses...the HHS Secretary and, I presume, the head of CMS...will be appointed by Donald J. Trump and confirmed by a 100% Republican-controlled Senate.

Given Trump's long, disturbing history of flat-out misstatements (aka "making sh*t up out of whole cloth"), and the type of sycophants he's likely to put into place, I can't guarantee with 100% certainty that the numbers spouted off by them are going to bear any connection with reality. Maybe they'll be accurate. Maybe they'll be off slightly. Maybe they'll be completely removed from any actual numbers. Who the hell knows?

Anyway, I'll do my best to analyze/report the numbers as accurately as possible, praying the entire time that I'm not simply an unpaid version of Winston Smith, substituting one piece of nonsense for another.

...So yes, I am deeply concerned that Tom Price, Trump's pick for HHS Secretary, may very well either order a) vital healthcare data stop being released altogether; b) doctoring (no pun intended) of any data which is released; and/or c) doctoring and/or deletion of some or all existing, historical healthcare data archived over the past several decades

Researchers race to copy Obamacare data for fear it will vanish

The White House prods efforts out of concern Trump might expunge reams of information.

The White House is encouraging researchers to copy government data on Obamacare out of concern that President-elect Donald Trump might hit the delete key when he takes office.

Spooked by Trump's rhetoric and pledge to repeal Obamacare, several dozen independent researchers are racing to download key health care data and documents before Jan. 20. They say they began the effort on their own, and then got a boost from Jeanne Lambrew, the White House's top health reform official, who also sounded alarms the new administration might expunge reams of information from public websites and end access to data, researchers told POLITICO.

....But this transition could have far-reaching consequences for HHS's data integrity, given the vehement opposition by Trump and his lieutenants to Obamacare and their challenges of official government data.

"It's a serious concern," said a former HHS researcher, who experienced the Clinton-to-Bush handoff in 2001 and believes this one will be significantly worse. "We've seen during Trump's campaign, and at the beginning of the transition … a lot of statements where the distinctions between rhetoric and fact become very loose."

As I noted originally, it's not just the historical record which is at risk; the odds of future data being either full of crap or not released whatsoever are high as well:

Researchers are also rushing to capture data put out by the new offices created under the health care law to regulate health insurance and test reforms, both of which could be swept away by Obamacare repeal. They're especially concerned that the office of the assistant secretary for planning and evaluation — essentially the in-house health care policy shop — will stop publishing many reports under the Trump administration.

..."It's not just keeping the data we have," said CBPP's Solomon, "but maintaining an environment where policy can be formulated based on the data that we continue to collect."

"Should we set up a mirror website?" asked another [researcher]. "I wish someone would just tell us what to do."

Well, it does occur to me that there's already a non-government website set up specifically to document and archive ACA enrollment and related data which could use some support...