Kaiser: 17% of Republicans suddenly lose their zeal for repeal

Every month, the Kaiser Family Foundation conducts an extensive national survey about various issues, mostly having to do with healthcare for obvious reasons. Their November survey results are both facepalm-inducing and completely predictable at the same time.

Plenty of other outlets are doing full analysis of the survey, such as this one by Jonathan Cohn of the Huffington Post, and I'm swamped today, so I'll just focus on a couple of the charts. 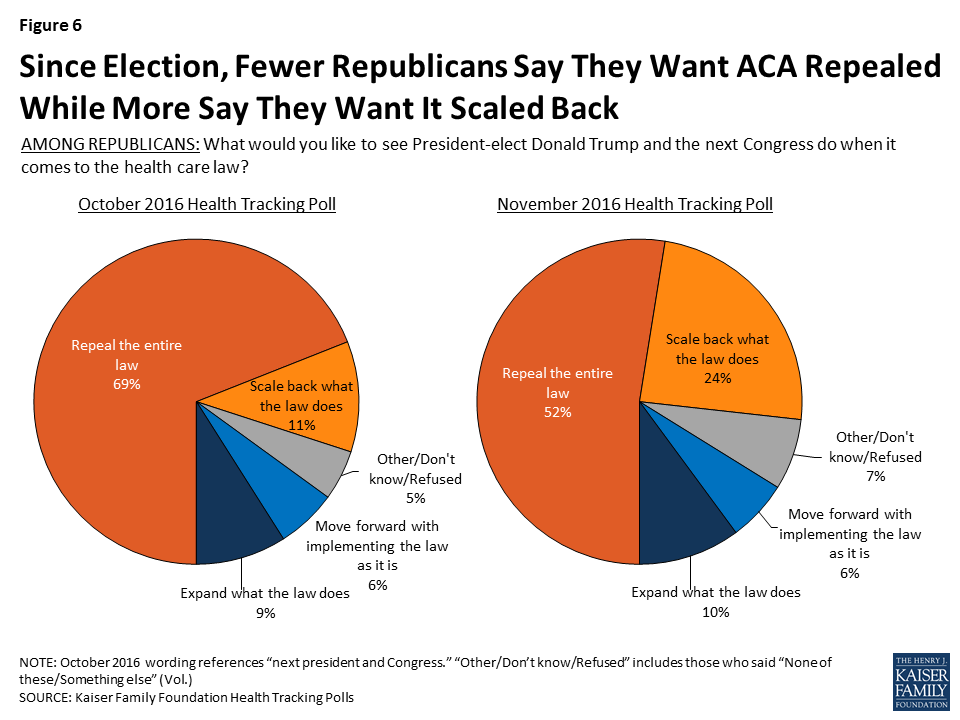 Yes, that's right. After screaming "REPEAL! REPEAL! REPEAL!" at the top of their lungs for 6 years straight, now that they're actually in a position to follow through with fully repealing the Affordable Care Act, all of a sudden a full 17% of Republicans have gotten cold feet.

How about the country at large? Well, only 26%...barely over a quarter of the country...now want full repeal...while fully 49% (nearly half) either want to keep the ACA in place as is or ant to expand on it (presumably via increased subsidies, a Public Option, Medicare buy-in, etc).

And of those 26% who say they want to "repeal the entire law", check this out: 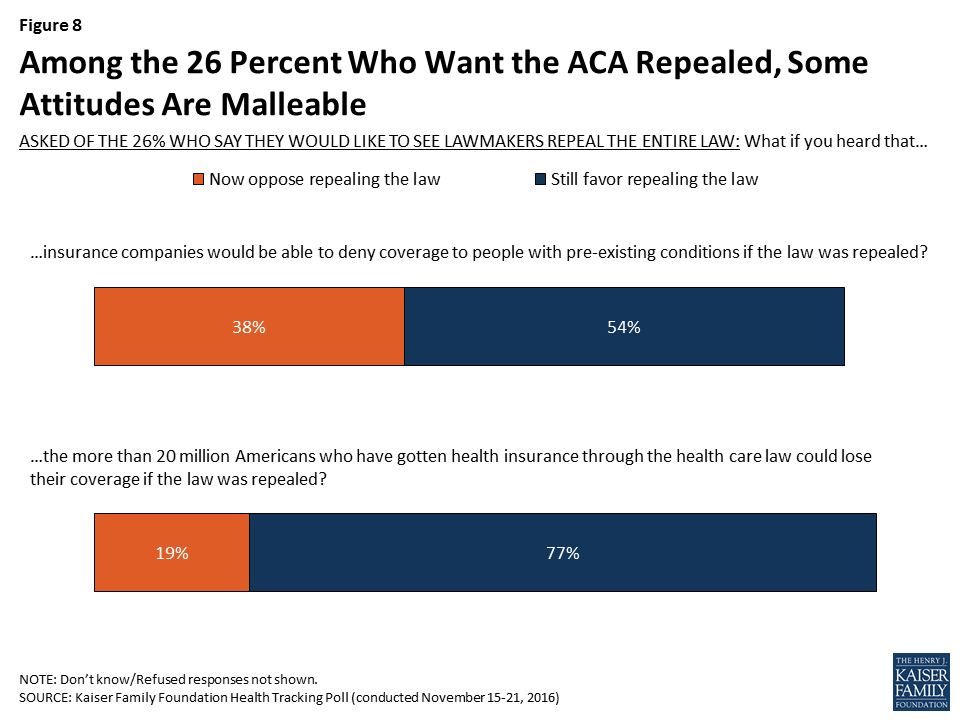 Don't get me wrong: I'm glad to hear that a significant chunk of those opposed to the law are starting to think it through more carefully. At the same time, it's incredibly depressing that it never occurred to 38% of them until now that repealing a law which prevents pre-existing condition denials would lead to people being denied for having a pre-existing condition.