GAME STILL ON: OE4 Enrollments actually on pace so far!

Over the past day or so, in response to the shocking and horrifying news that a racist, misogynistic, xenophobic con-artist sexual predator moron has been elected our next President and who has also stated point-blank that he intends to help the now-100%-Republican-controlled Congress eliminate the Affordable Care Act, I noted that this would likely cause 2017 enrollments to plummet as a result.

I figured that a lot of people who were planning on enrolling for 2017 policies might decide not to bother anymore, reasoning that if the ACA is about to be repealed, why should they go through the hassle and bother of signing up for a policy which is likely to be scrapped within a couple of months of it taking effect anyway?

I even whipped up a crude modified version of The Enrollment Graph: 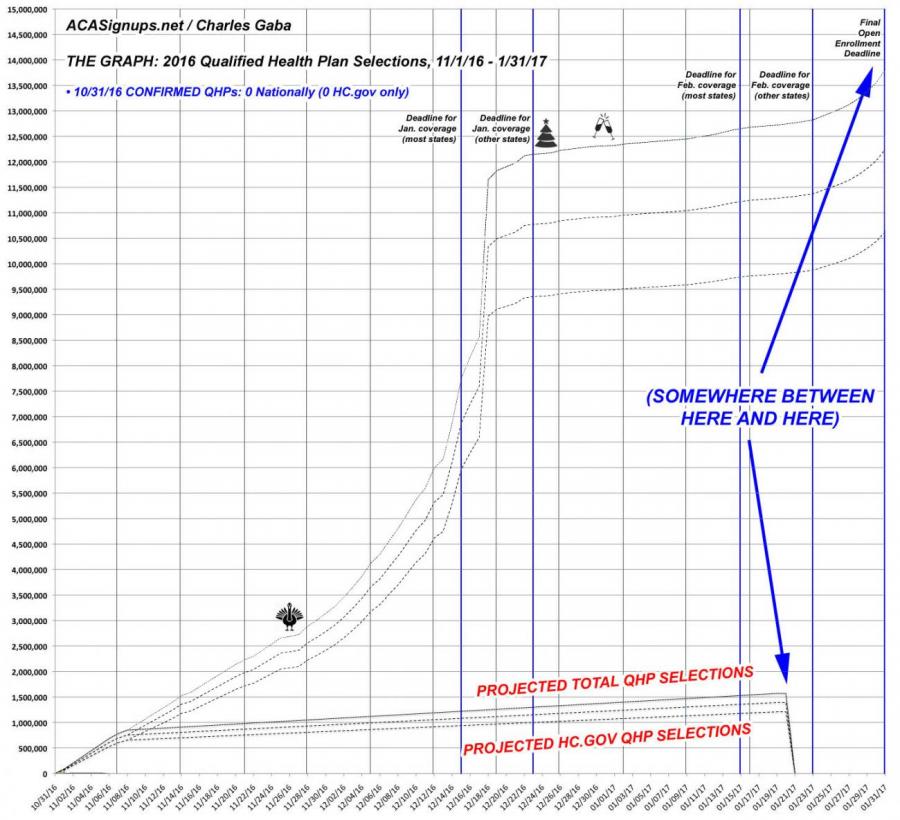 In fact, I was feeling so despondent that earlier today I even swapped out the header logo with this:

The day after Donald Trump’s presidential election victory marked the strongest day of ObamaCare signups in this year’s open enrollment period so far.

More than 100,000 people selected plans through HealthCare.gov on Wednesday, the Department of Health and Human Services (HHS) announced.

Even though the GOP's wave victory on Election Day likely dooms ObamaCare, the White House has made clear that it plans to forge on with this year's enrollment period.

It looks like I had the Trump effect completely backwards: Instead of being scared off by the prospect of losing coverage, it looks like people are jumping onto the exchanges while the getting is good. I guess they either don't think Trump/Congress will actually follow through with their stated intentions, or that if they do, it'll take months or years to go through the formal process of doing so...and they could be right, depending on how things play out.

If you look at the modified Graph above, you'll note that my pre-election projection assumed that there would be a total of roughly 740,000 people enrolled via the federal exchange (HealthCare.Gov) as of last night, and roughly 850,000 enrolled nationally.

Well, Burwell's Tweet doesn't give the cumulative total to date, but her "best day yet" clarifier certainly helps. My pre-election model was projecting the following:

Wednesday was the 9th day of open enrollment...100K is 17% higher than I had originally projected for that day in particular.

Of course, that doesn't mean the prior days followed the same pattern; if 100K was the "best day yet", that means a maximum of no more than 900,000 via HC.gov, and presumably somewhat lower...but it's probably been roughly in line with my expectations, give or take, for a cumulative total of, say...around 740,000?

In addition, if enrollment via HC.gov is on track, there's little reason to think it wouldn't be on the state exchanges as well...so the national total is probably somewhere around 850K, also as I originally projected.

In other words, regardless of what happens starting in January, it appears that the 2017 Open Enrollment Period is Game On after all!

Here's what The Graph looks like instead; as with prior years, the green section is my estimate of current HC.gov enrollees; the blue section is my estimate of current state exchange enrollees. The tiny little wedge at the very bottom is the confirmed total nationally (100K + 18,364 via a couple of state exchanges which have reported their early data). 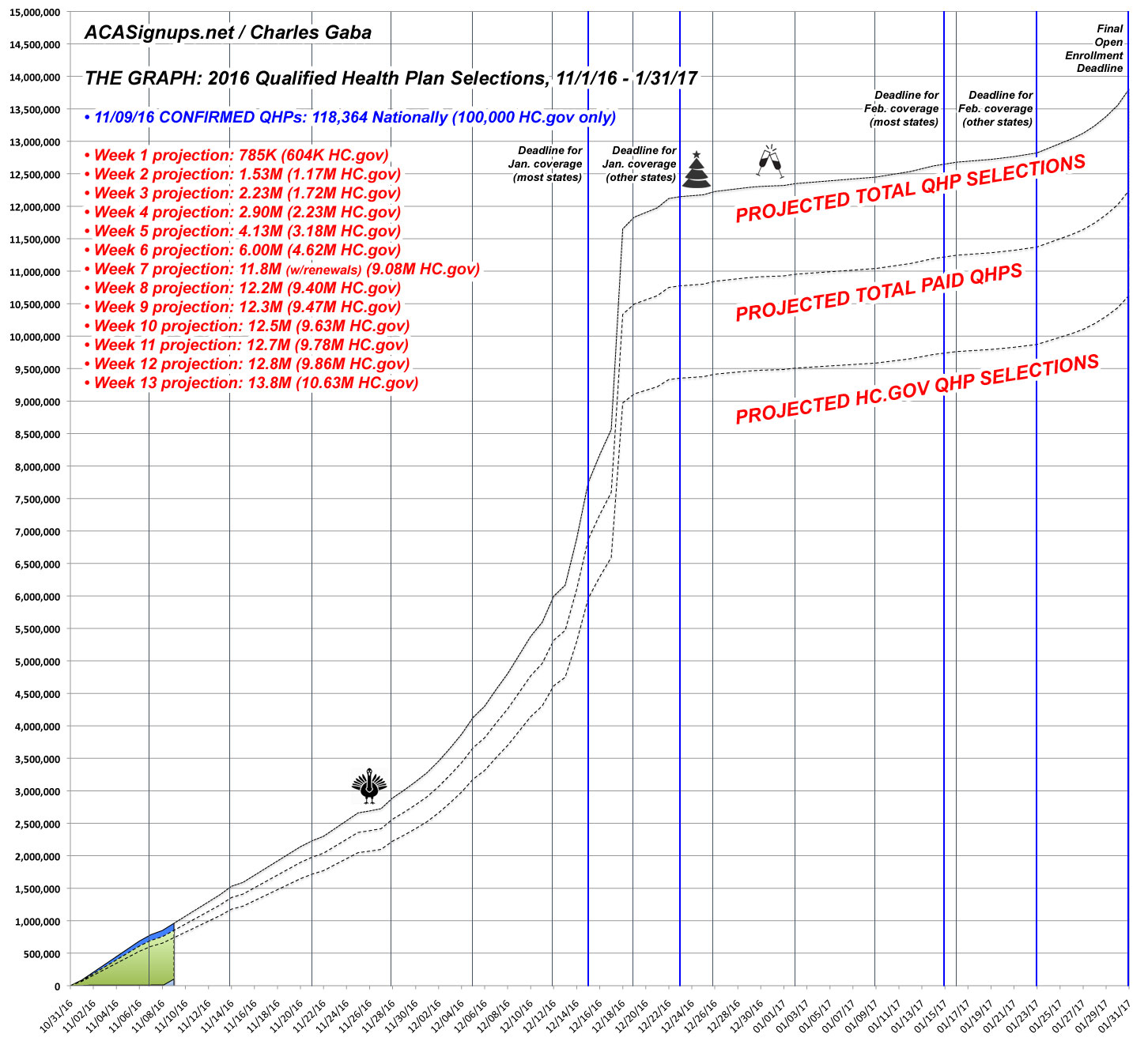