The Commissioner, after a thorough actuarial review of rate requests submitted by the insurers’ in June, submitted her approved rates to the Centers for Medicare & Medicaid Services (CMS) in August. CMS subsequently conducted a final review of the Aetna Health and Aetna Life requests and concurred with the Commissioner’s recommendations.

In June I wasn't able to find all of the market share numbers for the various carriers, but today I was able to fill in the missing fields for both the indy and small group markets; here's what it looks like altogether: 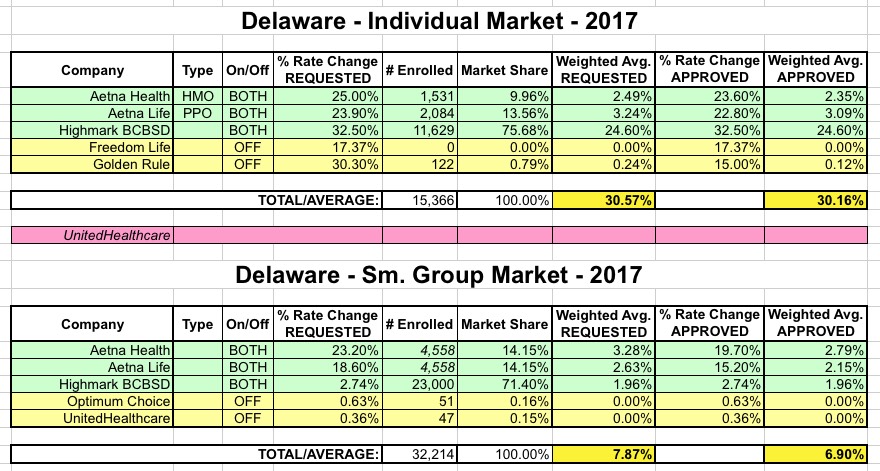 Note: The market share numbers for Aetna Health/Life on the Small Group market are questionable; the filings lump both divisions together, and just list the number of "member months" (109,401) last year, not the actual number of covered lives. I therefore divided this by 12 months (9,116) and then split that in half.