Last month I noted (well, after Louise Norris called my attention to it) that after 2 years of restricting all individual market enrollments to their still-buggy ACA exchange, the state of Vermont actually reversed this policy for 2016 by allowing individuals to enroll in ACA-compliant policies directly through the carriers after all.

This actually goes against the recommendations I just wrote about yesterday, leaving the District of Columbia as the only other exchange to require all indy plans to run through it), but given how many technical problems Vermont seems to still be having with their platform, I can understand them allowing direct enrollment for the time being. I stand by my recommendation that every state should eventually move everything onto the exchange in the future, however.

Even with this about face, Vermont is at least making sure to track those off-exchange enrollments right alongside the exchange-based ones in their dashboard reports, which are  kind-of, sort-of monthly (they issued them monthly from August - December last year, but only in April, May and July this year).

Anyway, here's the July data...and what's kind of interesting is that Vermont has actually seen a slight increase in effectuated exchange enrollment: 29,069 in July vs. 27,883 in March (+4%). The only other state I have current effectuated data on is Massachusetts; their effectuated enrollments are up 11%, but they have a unique situation with their "ConnectorCare" plans, which are available year-round. To my knowledge, Vermont has the same SEP-only allowances that every other state besides MA has, so this is unexpected.

Throw in the 4,775 off-exchange QHP enrollees and Vermont's total ACA-compliant individual market is 33,844 people (not including anyone enrolled in grandfathered plans). 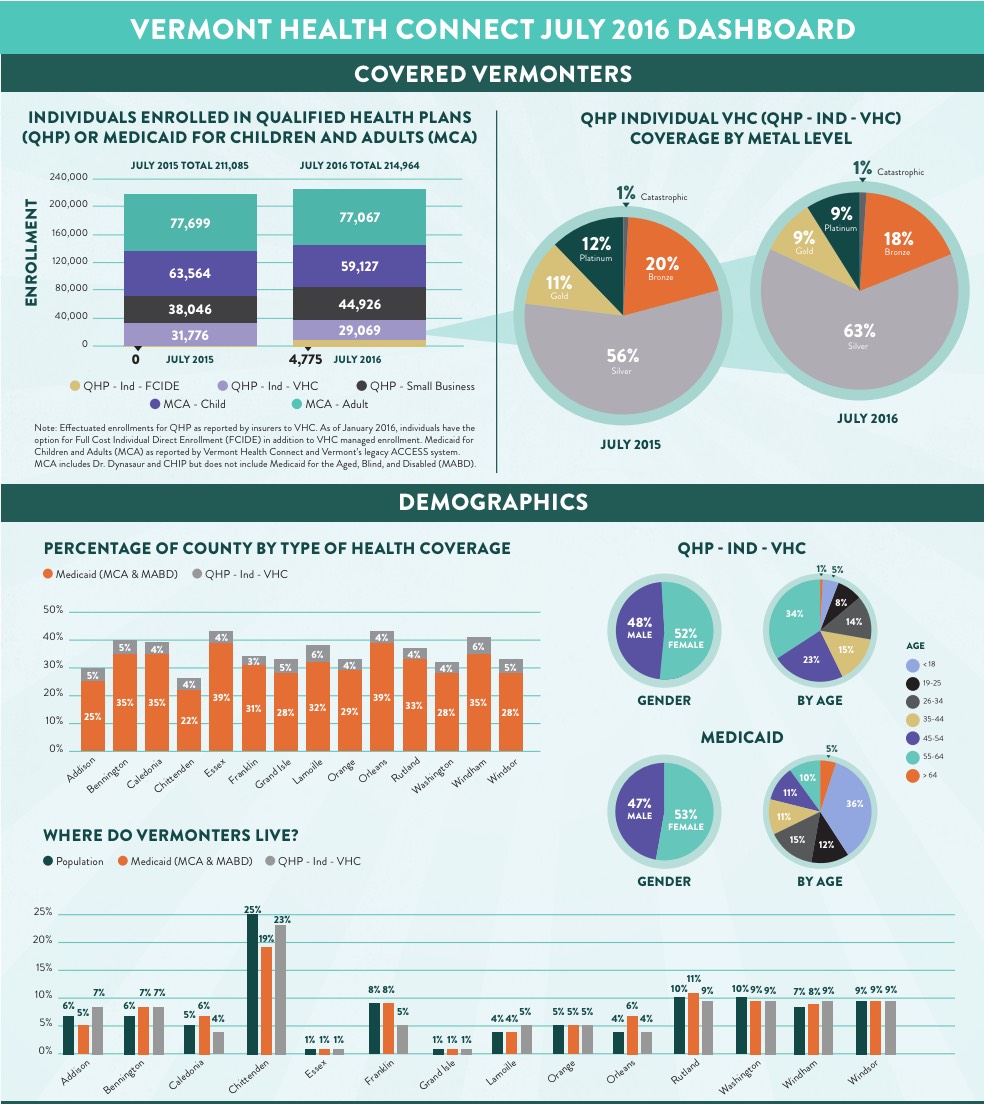 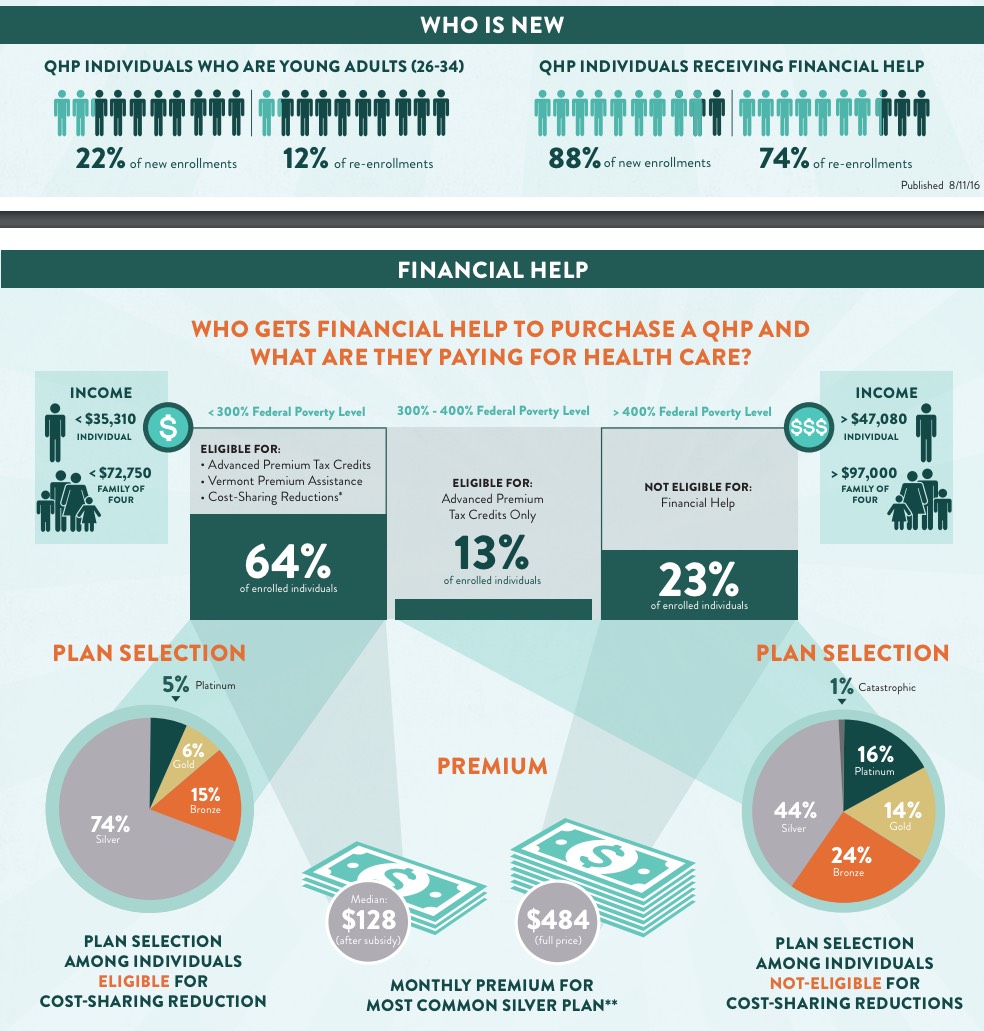