The Massachusetts Health Connector has posted their latest monthly enrollment report (through the end of August), and the news is good. As I note every month:

Given this discrepancy and the fact that the Q1 2016 effectuated enrollment report has been out for awhile, I'm going to use the 3/31 number (207,121 effectuated enrollees) as the comparison point going forward.

According to the dashboard report, as of September 1st, the MA Health Connector had 230,412 people enrolled in effectuated policies, or 11% more than they had at the end of March.

In addition, there's some other interesting tidbits from the MA board meeting, much of which is very much specific to the Massachusetts population and therefore doesn't necessarily apply to the other 49 states/DC: 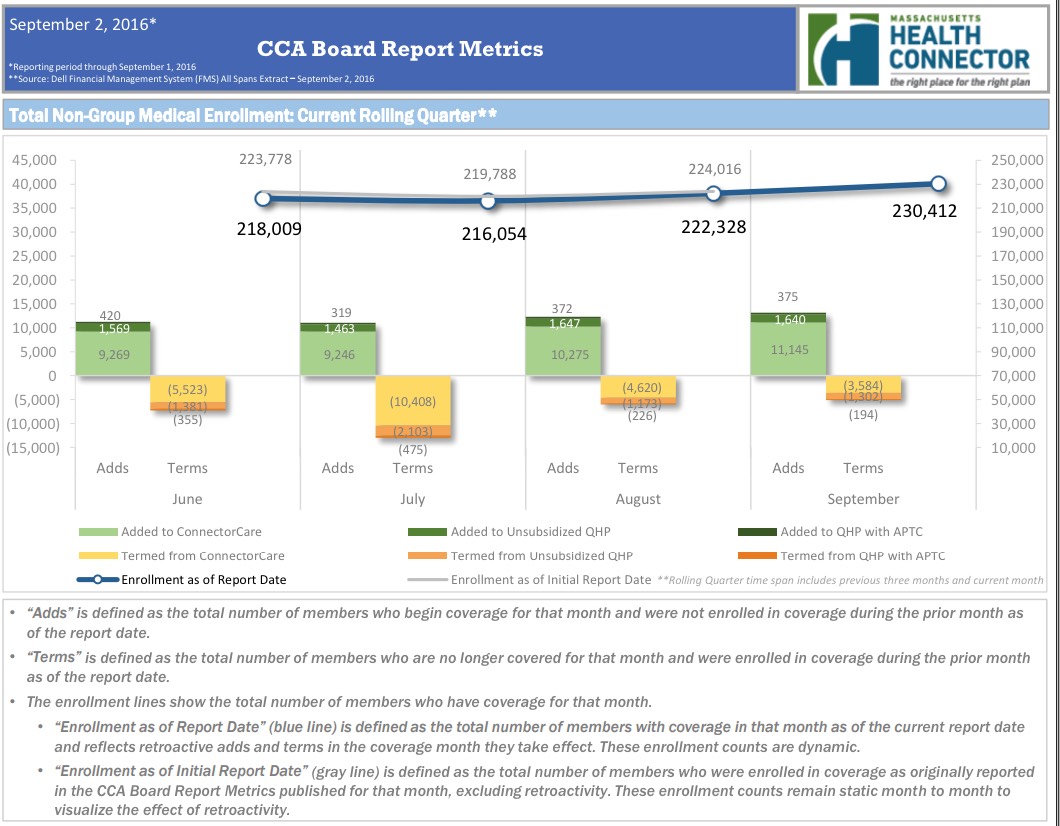 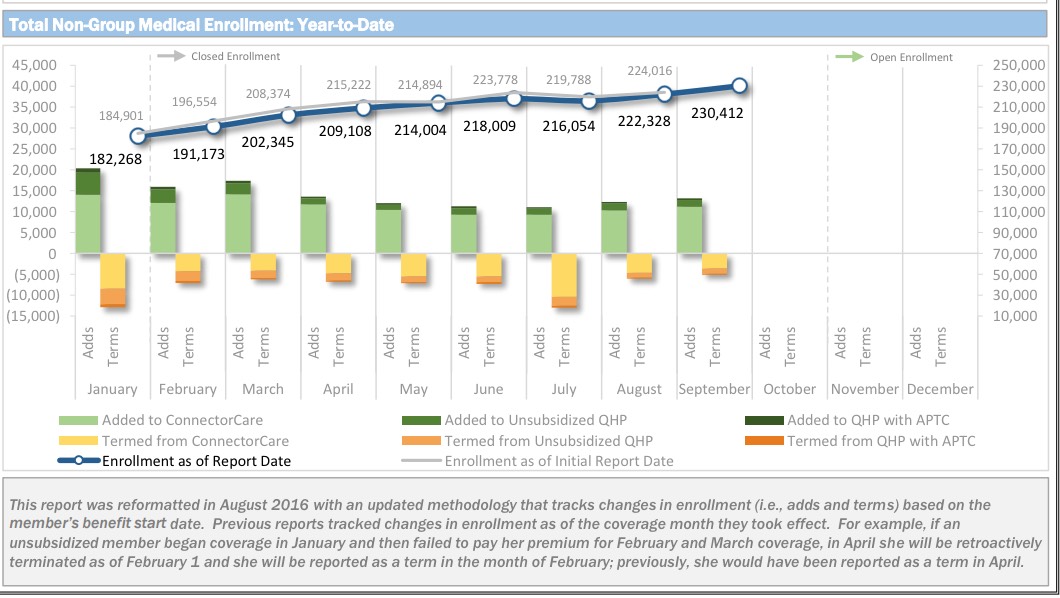 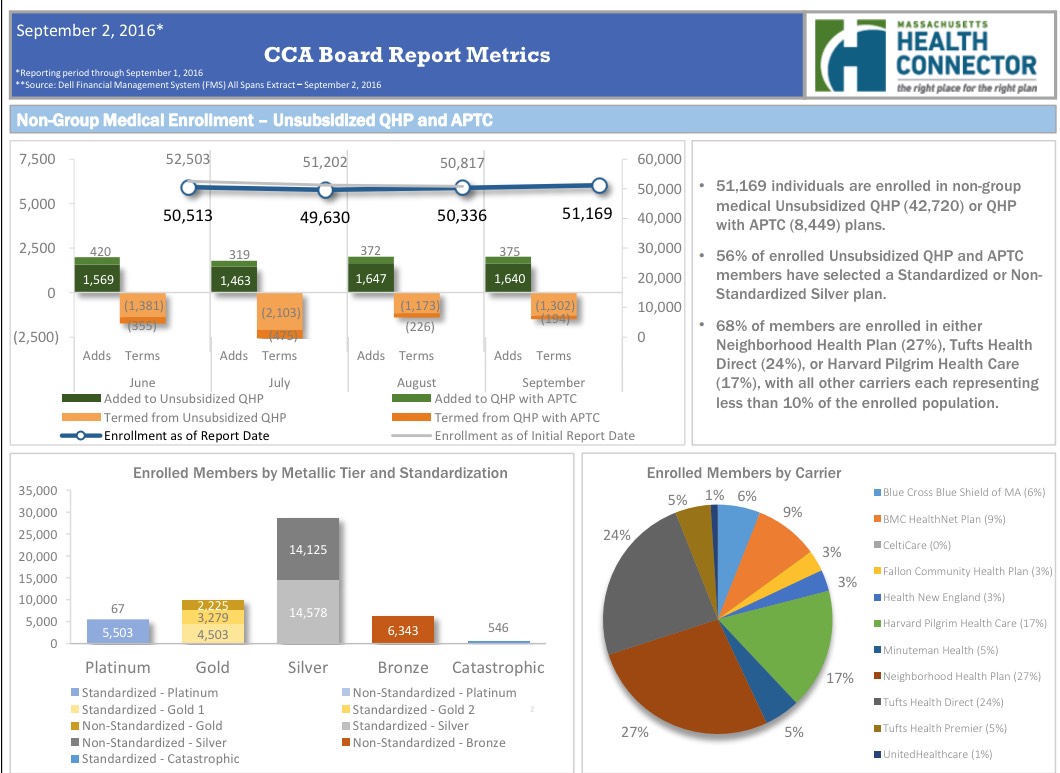 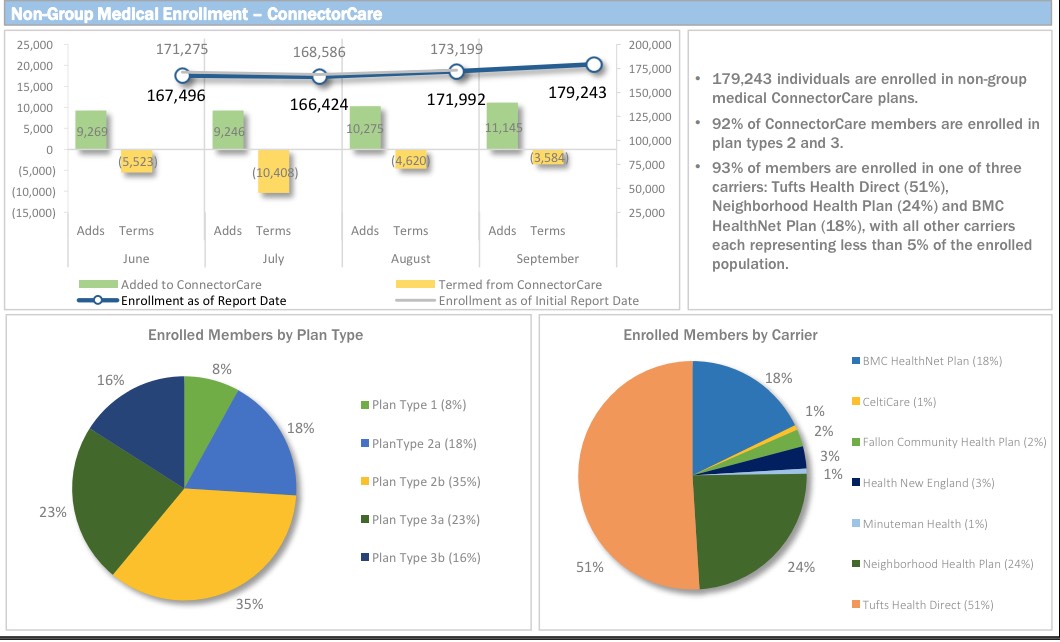 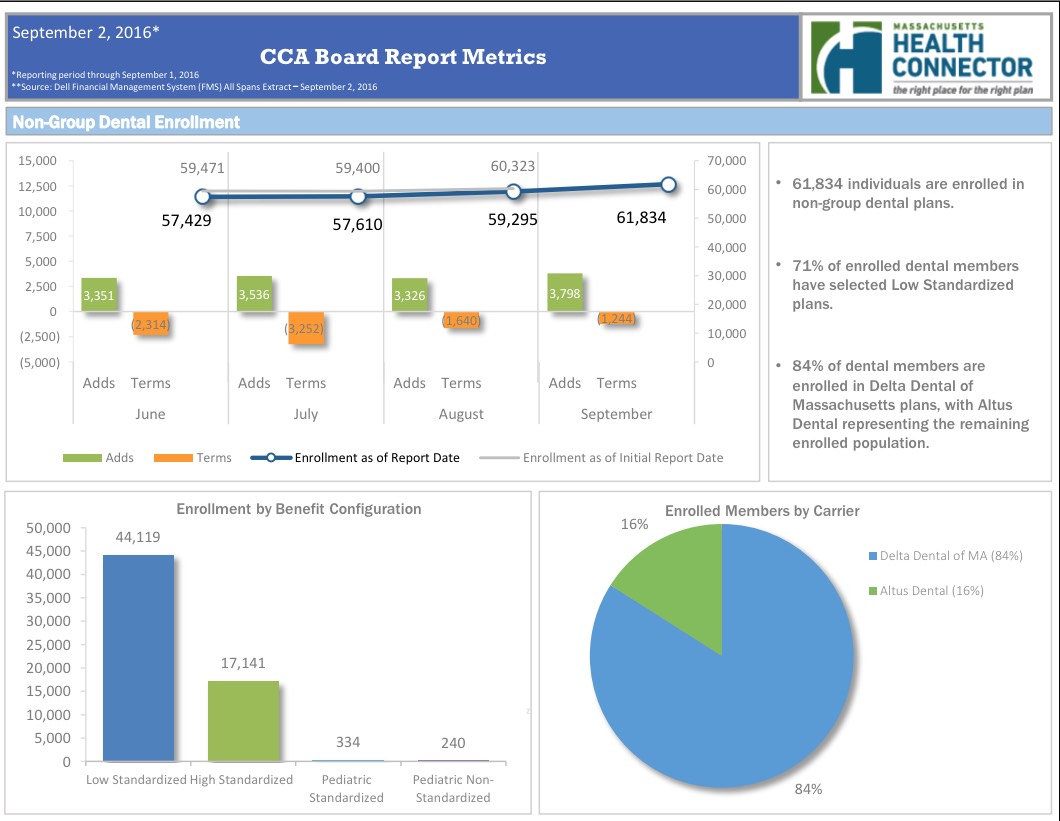 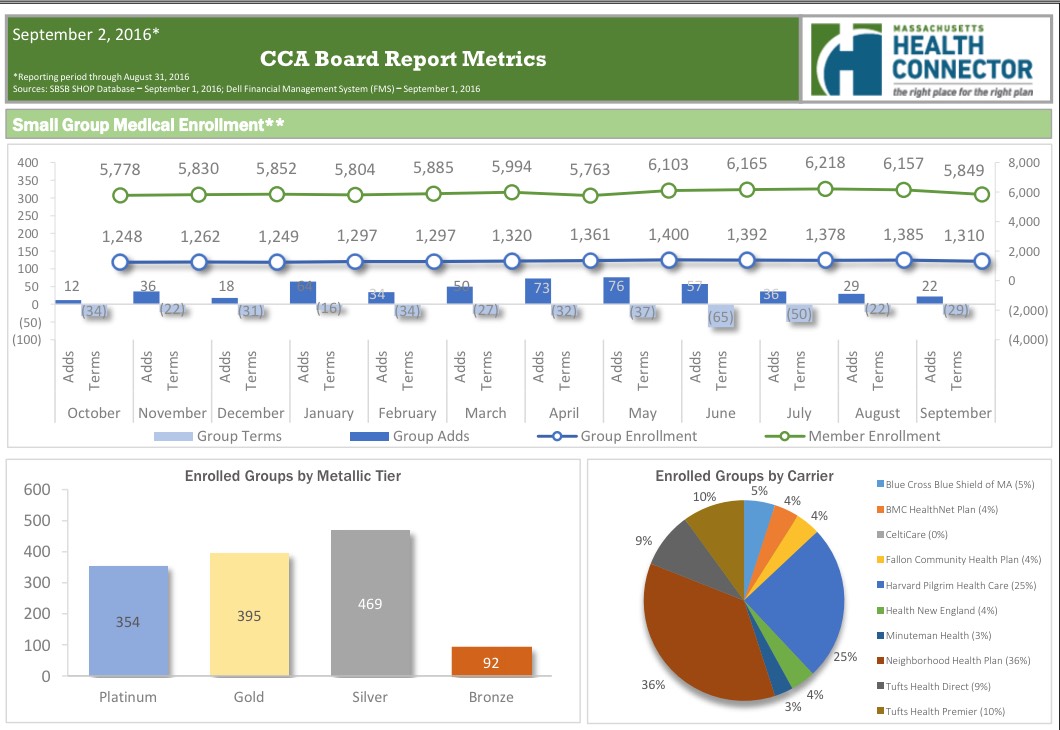 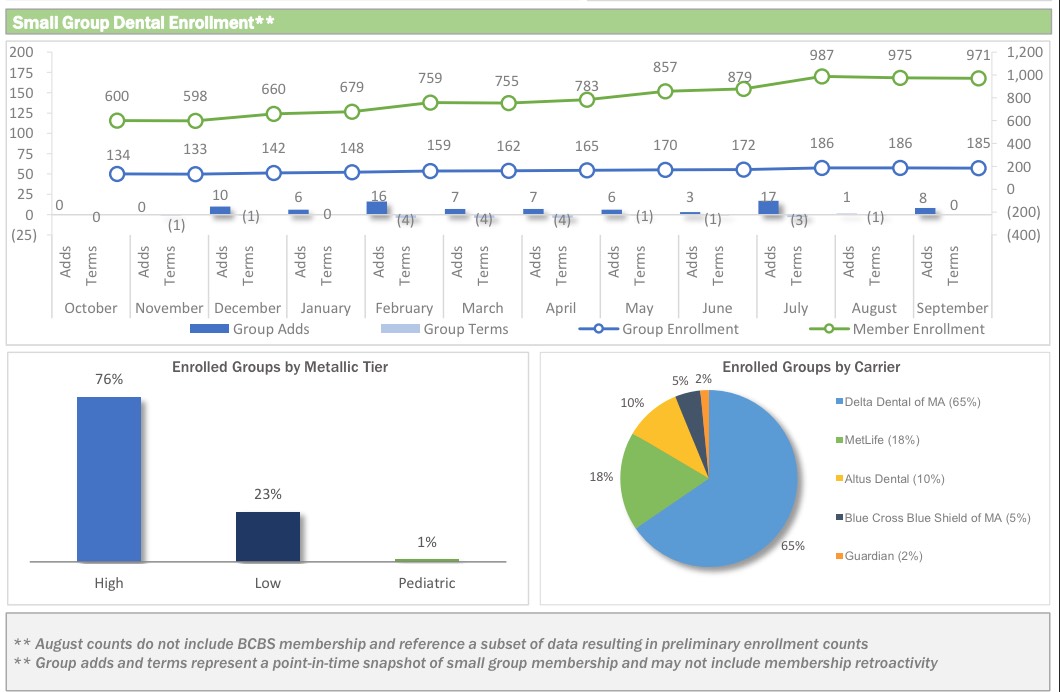