And Then There Were Six: Health Republic of NJ Co-Op ordered to shut down

I have very few details on this one,

Her story is buried behind a firewall at POLITICO Pro, but I do have some crucial info:

That's around 26,000 more people in individual market plans who'll have to shop around this November, of which about 2/3 are on the ACA exchange, 1/3 off-exchange. 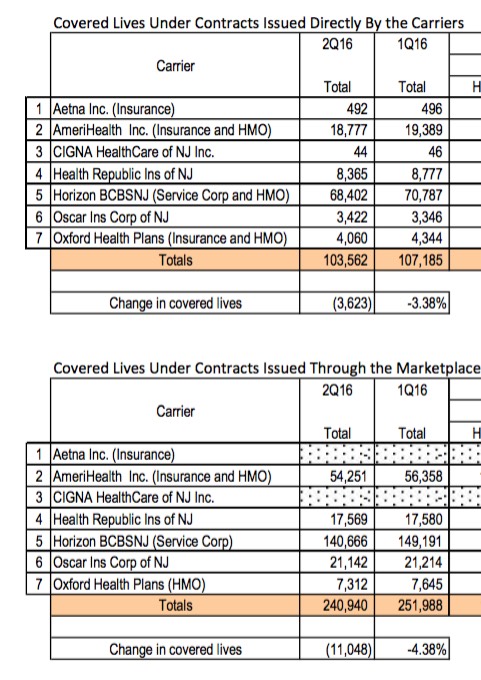 It actually has no impact whatsoever on the weighted average rate hikes requested statewide, however, since HR's 8.5% just happened to be the same as the average of the other carriers combined:

I admit to being puzzled by why the heck they were only requesting an 8.5% increase if, as Dennings says, they were still losing so much money this year. This is exactly the question I had about Land of Lincoln (the Illinois Co-Op) last year. In fact, as you can see, HR of NJ (aka "Freelancers CO-OP of NJ") was asking for rate decreases for a few plans: 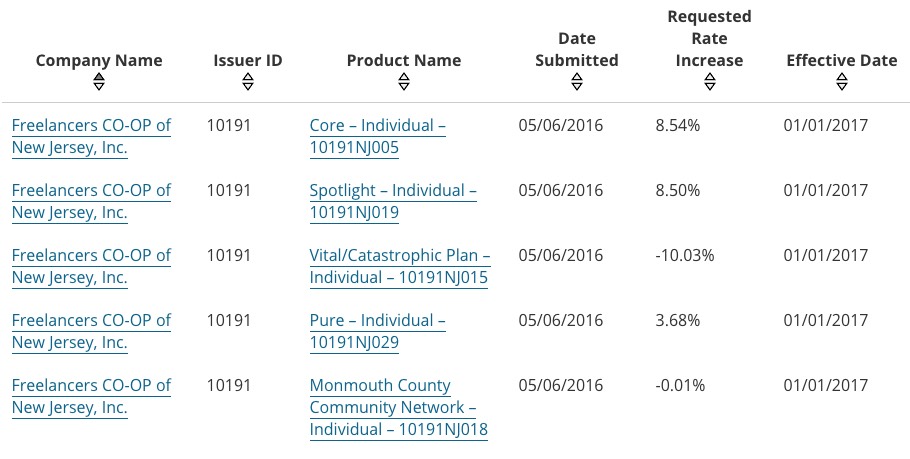 ...consumers will only have two insurers to choose from on New Jersey’s individual health insurance marketplace next year.

The two exchange-based carriers will be BCBS of NJ and AmeriHealth, plus Aetna, Cigna and Oxford off-exchange, it appears.

...Plans will remain in effect through Dec. 31, but the company’s 35,000 individual and small group members will need to find new coverage for 2017.

OK, that means around 9,000 more people enrolled in small group plans who'll have to shop around.

Both the state and Health Republic blamed the insurer’s financial problems, in part, on the Affordable Care Act’s risk adjustment program, which is being overhauled by the federal government.

The risk adjustment program sought to redistribute money from insurers operating with healthier than average patient populations to those with sicker patients who offered plans on the state health insurance exchanges established under the ACA.

Health Republic estimated it would have to make a payment of $17.1 million, but actually ended up owing $46.3 million.

In any event, this makes 5 Co-Ops which have gone belly-up so far this year, in addition to the dozen which melted down in 2015. There are now 6 ACA-created Co-Ops still operational out of the original 23, operating in 8 states: